Street Shooting in Battambang Leaves 1 Dead Over a Woman (UPDATED)

Cambodia news in English! Here you'll find all the breaking news from Cambodia translated into English for our international readership and expat community to read and comment on. The majority of our news stories are gathered from the local Khmer newspapers, but we also bring you newsworthy media from Cambodia before you read them anywhere else. Because of the huge population of the capital city, most articles are from Phnom Penh, but Siem Reap, Sihanoukville, and Kampot often make the headlines as well. We report on all arrests and deaths of foreigners in Cambodia, and the details often come from the Cambodian police or local Khmer journalists. As an ASEAN news outlet, we also publish regional news and events from our neighboring countries. We also share local Khmer news stories that you won't find in English anywhere else. If you're looking for a certain article, you may use our site's search feature to find it quickly.
Post Reply Previous topicNext topic
7 posts • Page 1 of 1

Street Shooting in Battambang Leaves 1 Dead Over a Woman (UPDATED) 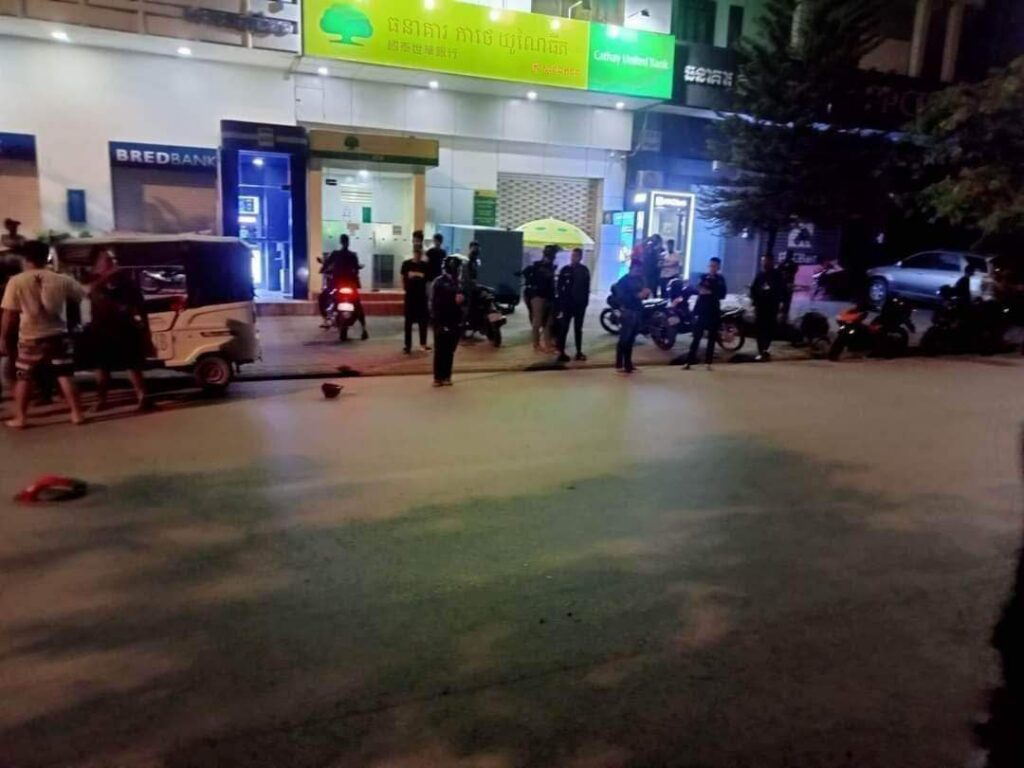 Cambodia News, (Battambang Province): One person died while being taken to hospital and two others suffered minor injuries when more than ten gunshots were fired in the center of Battambang during a dispute between two gangs of youths in the early hours of this morning. 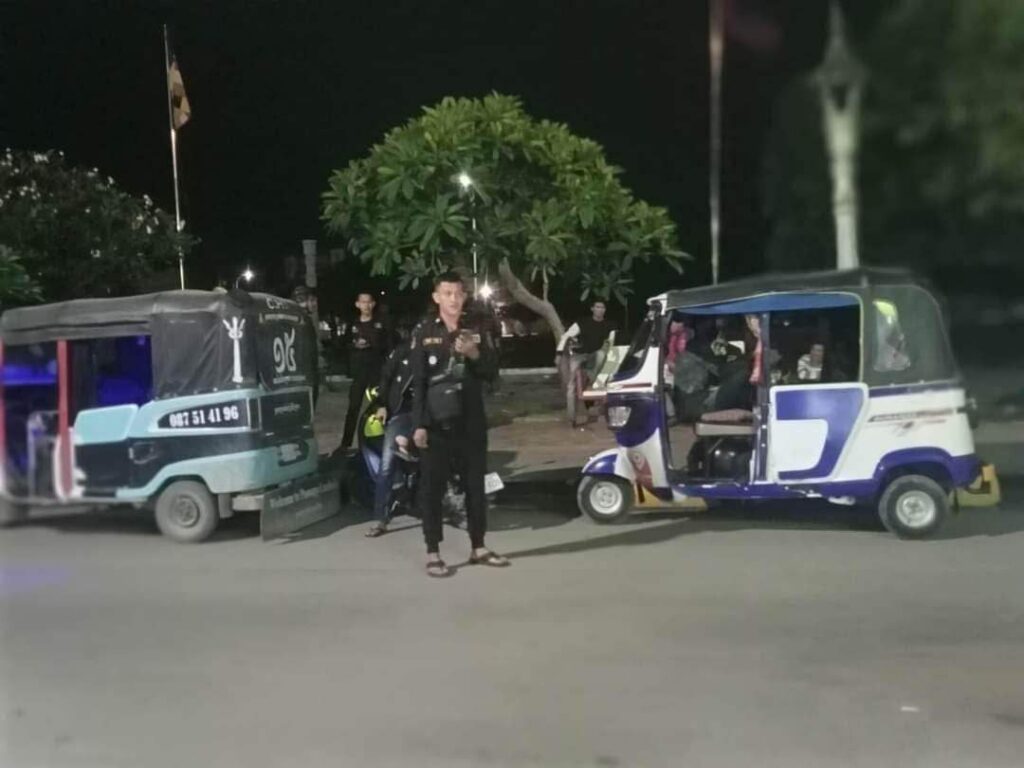 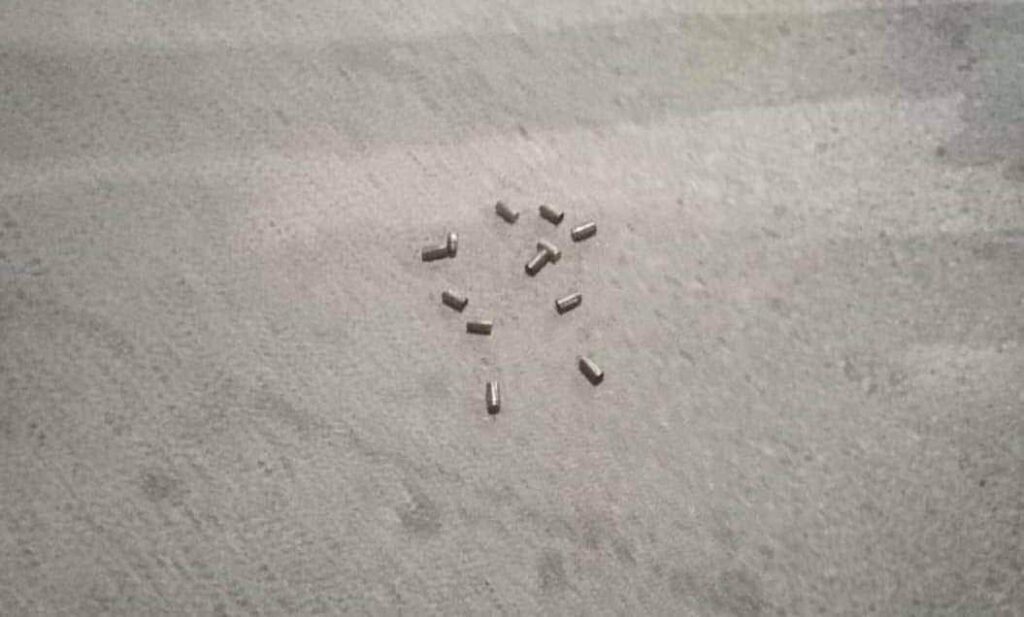 An unconfirmed source at the scene said that at more than 3 am on December 8, 2022, in the street in front of Bredbank (Cambodia) Plc., Sangkat Svay Por, Battambang City, there was a quarrel between two groups of young men. One gang was armed with a gun, and at least ten shots were fired at their opponents on the other side, who were apparently unarmed.

Three youths were hit with bullets and were sent to the Emergency Unit at Battambang Provincial Referral Hospital; unfortunately, one of the gunshot victims was declared dead on arrival at the hospital. The other two are in a stable condition. 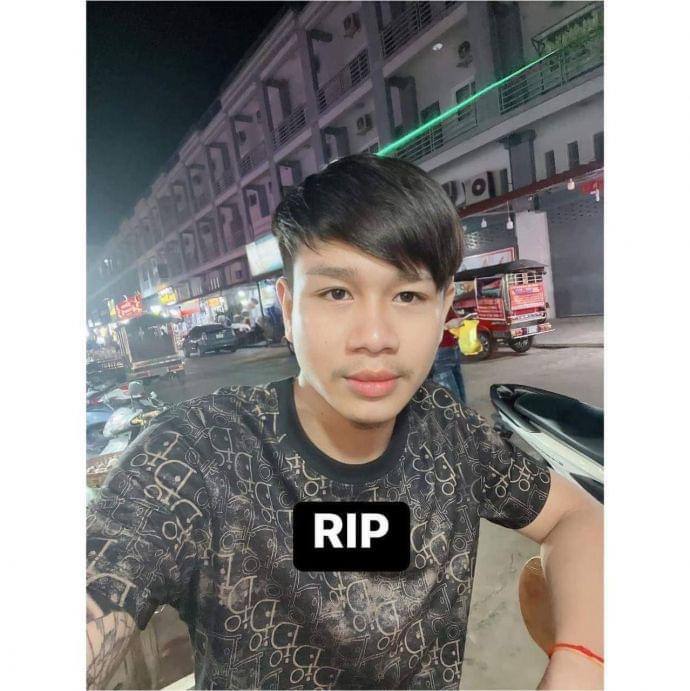 The same source said that after the shooting, the assailants fled in a car, then the local authorities came down to collect evidence for an investigation and to conduct a manhunt for the shooter.
- CEN
Join the Cambodia Expats Online Telegram Channel: https://t.me/CambodiaExpatsOnline 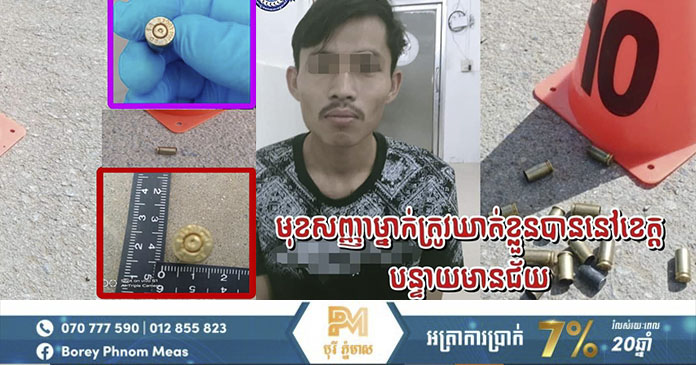 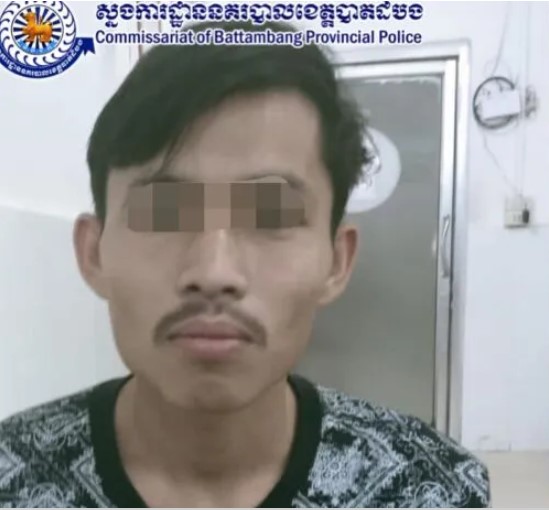 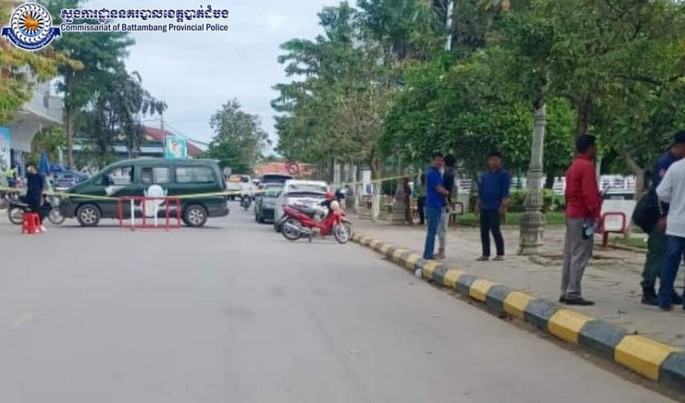 Battambang police spokesman confirmed that at 4:00am on December 7, 2022, on December 08, 2022, at the park on the bank of the Sangker River, across from Bredbank in Battambang city center, many shots were fired at a group of young people who were sitting there. Three young men were struck by bullets, and one of them was fatally injured and died on the way to Battambang Hospital. 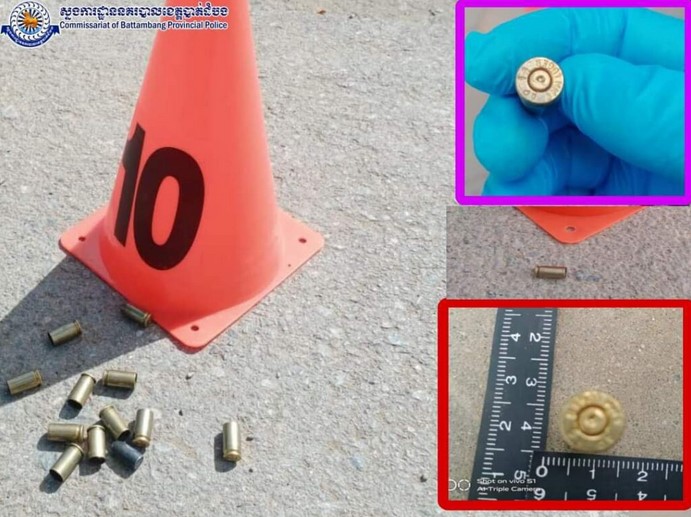 The attackers left the scene in a car, but after questioning witnesses and victims at the crime scene, the police have identified the other members of the gang who fired the gun, and now, pursuant to the order of Major General Sat Kimsan, Commissioner of Battambang Provincial Police, police are hunting them down and further arrests are expected imminently.
Join the Cambodia Expats Online Telegram Channel: https://t.me/CambodiaExpatsOnline 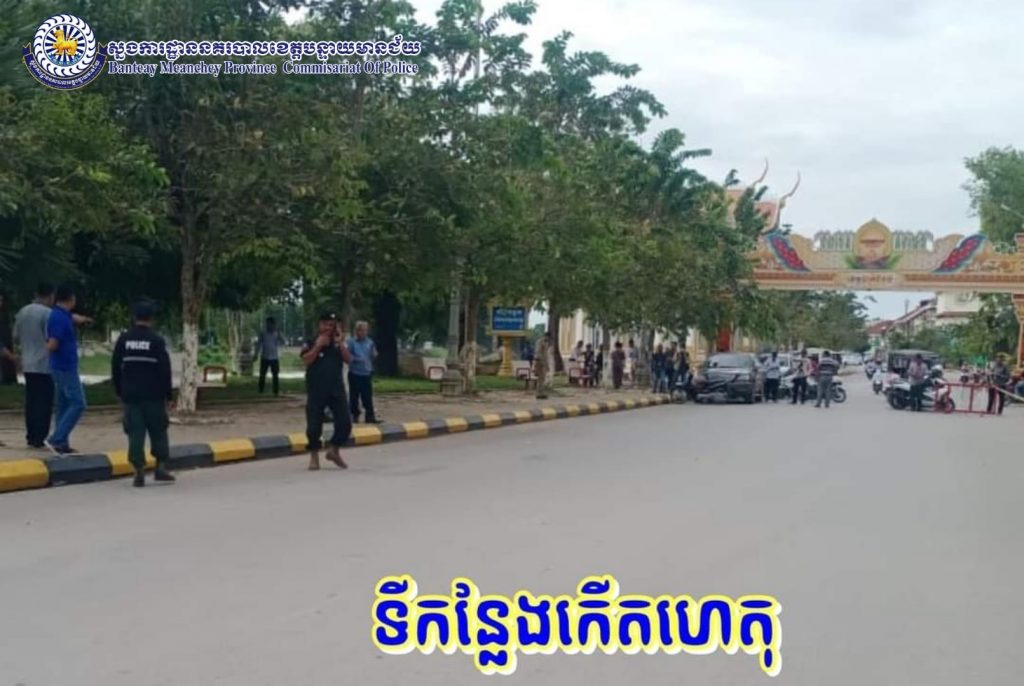 Cambodia News, (Banteay Meanchey): On the afternoon of December 8, 2022, Major General Sithy Loh, Banteay Meanchey Provincial Police Commissioner, and Major General Sat Kim, the Battambang Provincial Police Commissioner, arrested two suspects in Poipet, who are believed to be Involved in a fatal shooting incident at the mouth of the river Sangke, in Battambang city, at 4 am last night. 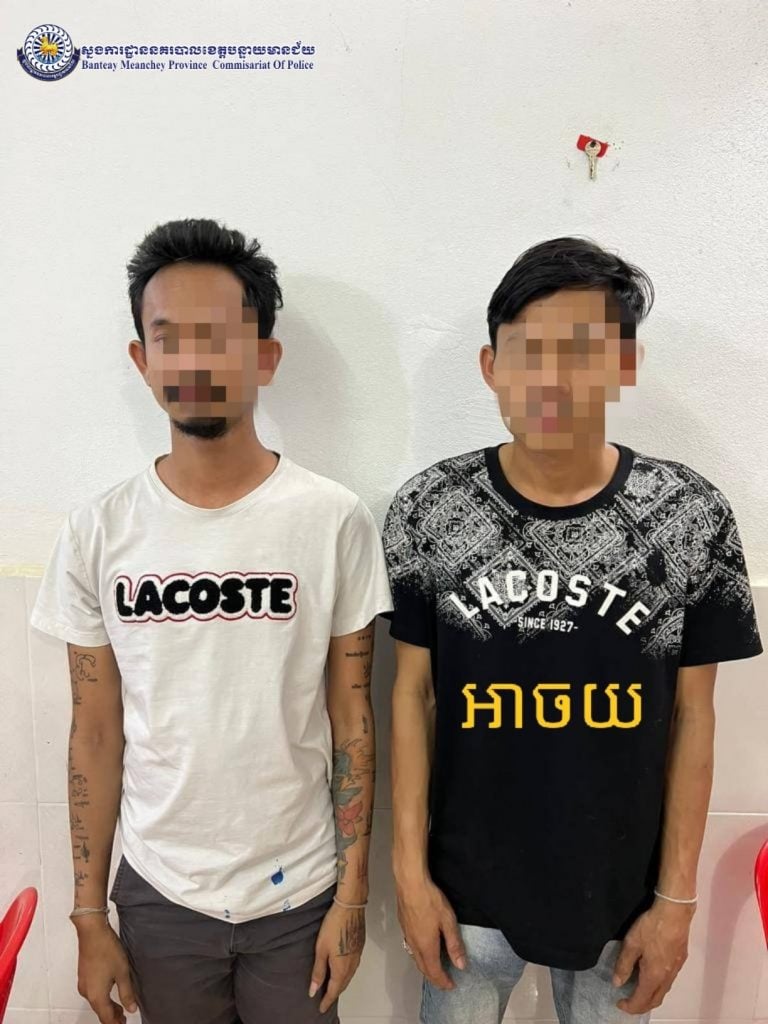 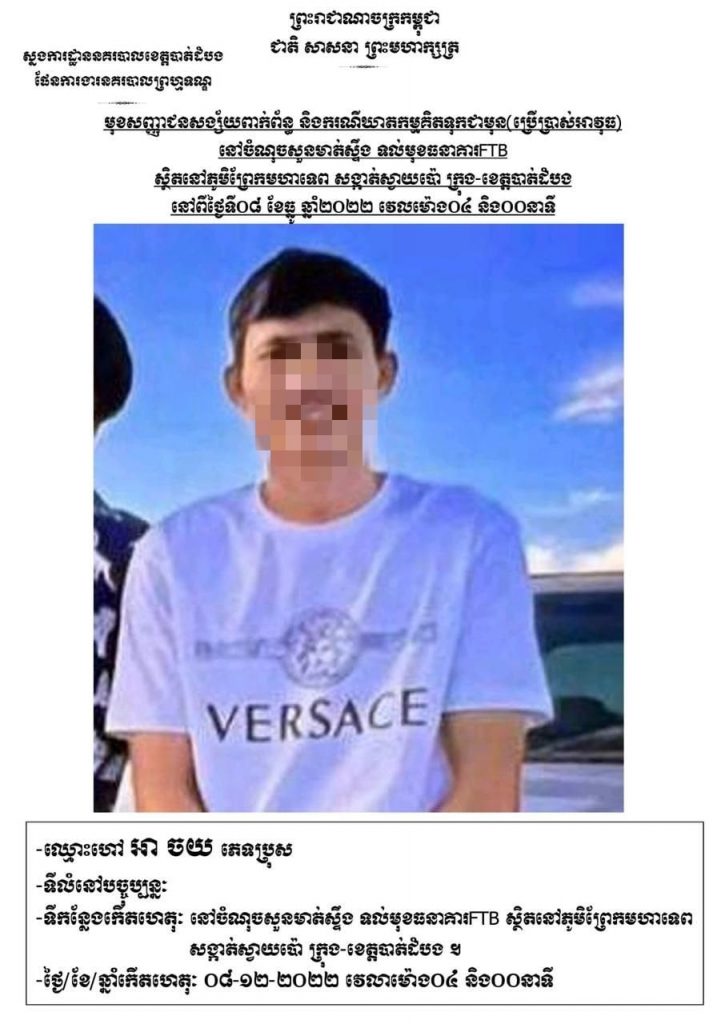 Note that photos of the victim taken from local news outlets have been placed on the darknet.
Join the Cambodia Expats Online Telegram Channel: https://t.me/CambodiaExpatsOnline

UPDATE
Crime of Passion Led to Duel and Shootout 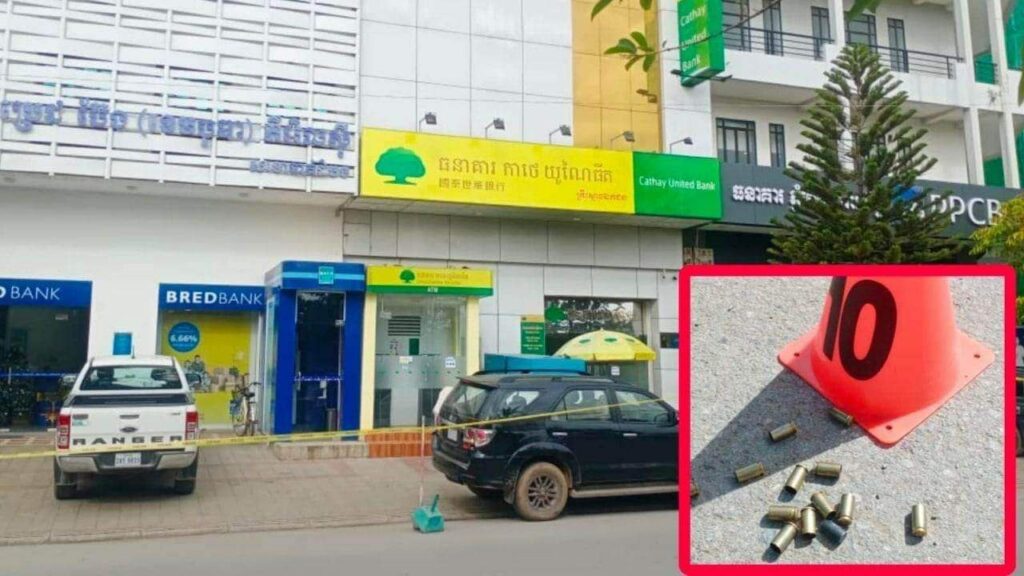 The shooting was a crime of passion, and the motive was jealousy; both men were in love with the same woman, so they decided to have a duel. Unfortunately, for the victim (who already had a wife), his rival did not play fair, but shot him first without warning.

The direct translation of the event from Khmer news retains the passion of the act:
"The power of lust for women turned into an outbreak of actual war, causing a man who already had a wife to shoot his rival to death. Love can turn people from smart to stupid, love can really destroy friendships if we lack control and consideration, love can really turn friendly relationships into bloody wars ; these things have already happened in society." 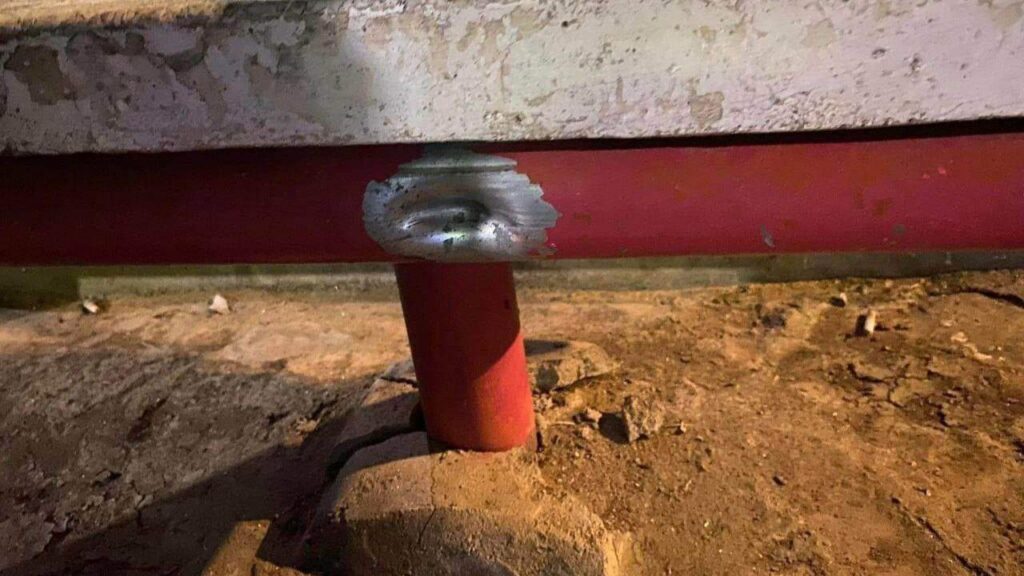 According to Lt. Col. Lim Puthyla, Deputy Commissioner for Criminal Planning of Battambang Province, this story, prior to the explosion, was not different from what was shared on social media, namely the victim arranged a meet-up with the gunman to shoot each other, because the victim was angry with the gunman, who had fallen in love with a woman that he was also in love with.

However, when the time came for the shoot-out, the victim arrived first at the meeting place, followed suddenly by the arrival of the gunman who pulled out a gun and took one shot at a time, without giving the victim a chance to shoot even once.
During the fighting, two other people were injured.

The dead and injured include:
1. Roeun Samrong, 32 years old, in Kantout Village, Sangkat Kdol Daun Teav, Battambang City, was injured twice and died on arrival at the hospital. Already has a wife and children at home, but if anyone dared to touch his ex-girlfriend , he was ready to shoot them.
The bystanders, friends of the victim:
2-Sar Daro, 32 years old, in Prek Chdor Village, Peam Ek Commune, Ek Phnom District, with minor injuries;
3-27-year-old Te Panha, from Prek Mohatep village, Svay Por commune, Battambang city, with minor injuries. 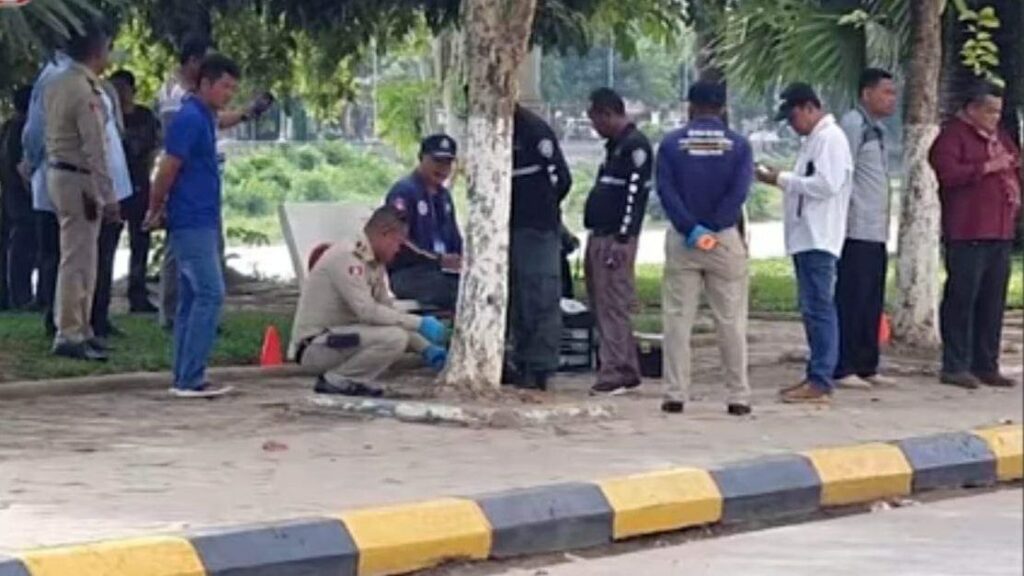 According to sources at the scene, following verbal wars on social media, both parties met up at a nightclub, where before the incident, they left the club and made an appointment to leave the nightclub to go to find a place to have a shoot-out. However, the gunman arrived by car at the meeting place, and he immediately opened fire on his rival and his group of 4-5 friends who were waiting there. He shot about ten times, killing the other man and injuring two of his friends. 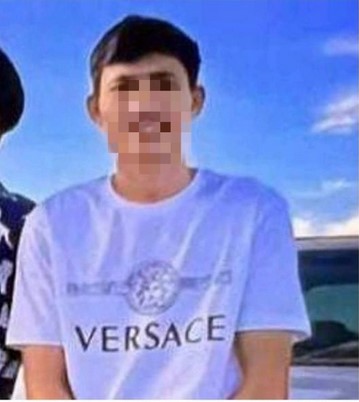 After the incident, the specialized police force carefully searched and identified the gunman and arrested him in Banteay Meanchey province on the afternoon of December 08, 2022; so far, he has only been identified as Choy, and his accomplice is named Tong.
To be continued.
Join the Cambodia Expats Online Telegram Channel: https://t.me/CambodiaExpatsOnline

Re: Street Shooting in Battambang Leaves 1 Dead Over a Woman (UPDATED)

Again we are reminded the phrase 'brains of a dead sparrow' applies to the vast majority of Khmer men.
Top

Re: Street Shooting in Battambang Leaves 1 Dead Over a Woman (UPDATED)

Love is a very strong bond in Cambodia, take care if you mess with it. Pathetic yes but not in Cambodians thinking.
I'm standing up, so I must be straight.
What's a poor man do when the blues keep following him around.(Smoking Dynamite)
Top
Post Reply Previous topicNext topic
7 posts • Page 1 of 1