Breaking news from Cambodia can be found here. CEO often finds Khmer news and translates it into English for our readers if it is interesting to expats, locals, Cambodians living abroad and anyone who wants to stay informed of the latest local and international news stories about Cambodia and our neighbors in South East Asia. There are many sources for Khmer news articles and they can all be found here in one place. Most of the media comes out of Phnom Penh, Siem Reap or Sihanoukville, but we cover national Cambodian news from all provinces.
Post Reply Previous topicNext topic
119 posts 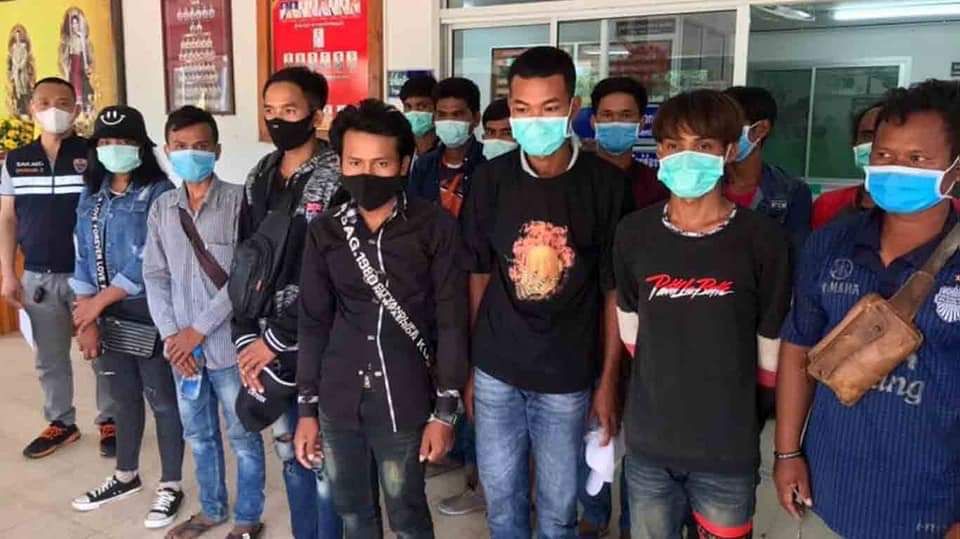 Immigration authorities in Sa Kaeo, in cooperation with the Central Immigration Authority of Thailand, have arrested a group of 14 Cambodian migrant workers illegally crossing Thailand for work, as well as the Thai passer. After the Thai authorities took the photos and recorded them, they brought the Cambodian workers, along with the brokers, to the interrogation department to carry out the legal process. 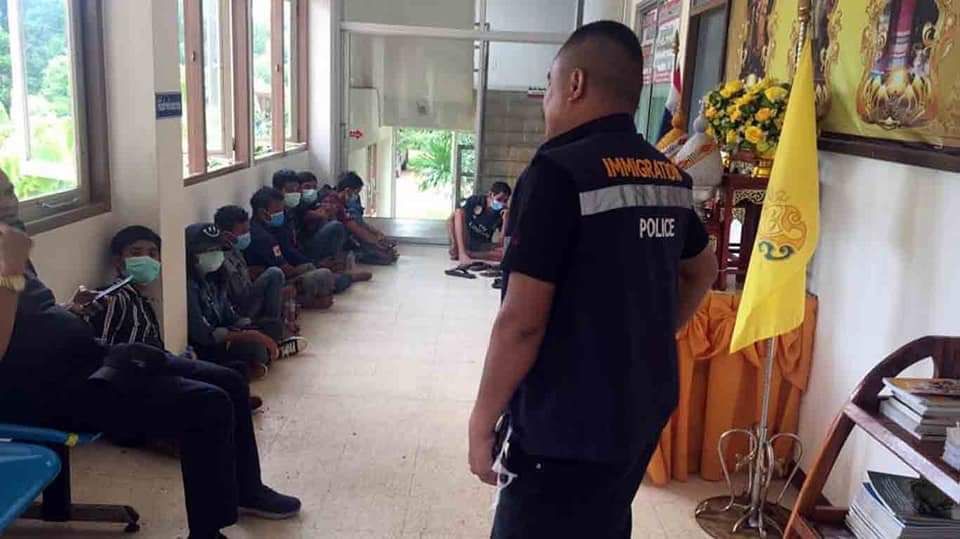 Thai border authorities are catching illegal Cambodian migrant workers migrating to Thailand almost every day. Most of them (Khmer workers) are being smuggled into the corridors along the Thai-Cambodian border from Ou Chrov commune, O'Chrov and Boeung Traueng, in the district's Thmor Puok district, where there is a conspiracy between the people passers and the Cambodian border guards.
Cambodia Expats Online: Bringing you breaking news from Cambodia before you read it anywhere else! 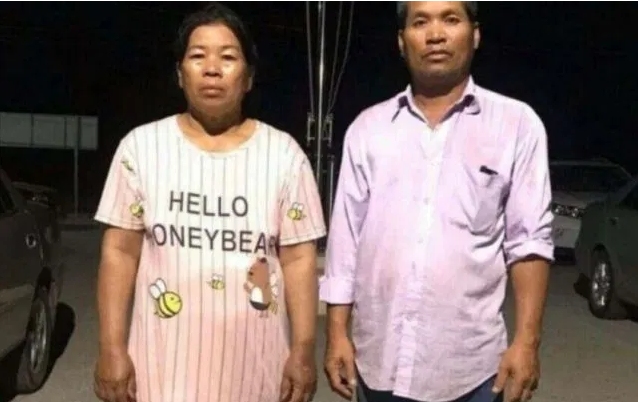 Cambodia News, Oddar Meanchey: According to a post by social media officials on the Thai border, two Cambodian suspects have been arrested by law enforcement forces after illegally importing 27 Cambodians across the border into Thai territory through Sangkat O-Smach, Samrong City, Oddar Meanchey Province on June 10, 2020.

According to the report of the Commissioner of Oddar Meanchey Provincial Police, on the morning of June 11, 2020, following the recommendation of Lt. Gen. Ly, the Oddar Meanchey Provincial Police Commissioner, the police force of the Samrong City Police Inspectorate cooperated with the border police forces in the arrest of two suspects in connection with illegally smuggling people from Cambodia into Thailand. 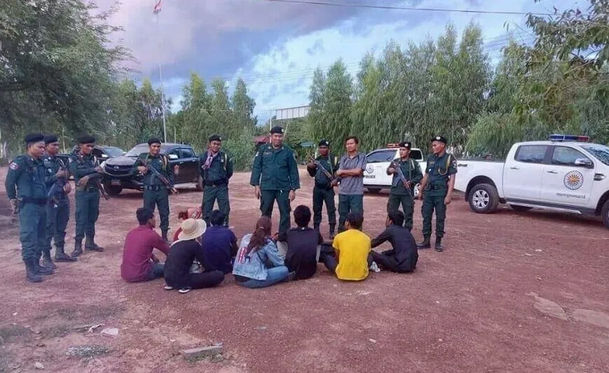 The 27 fraudulent Cambodians who attempted to cross into Thailand looking for work were from Prey Veng, Siem Reap, Banteay Meanchey and Oddar Meanchey provinces. All 27 victims have been charged by the authorities for education and have thumb printed a contract to promise to stop illegal crossings in the future. The two "people passers" will appear in Oddar Meanchey court on human trafficking charges.
Cambodia Expats Online: Bringing you breaking news from Cambodia before you read it anywhere else!

From Thailand:
Police on look out for illegal border crossings
published : 21 Jun 2020 at 04:00
NONG KHAO: The Immigration Bureau (IB) is gearing up its efforts to prevent thousands of migrant workers from Laos and Cambodia from sneaking into Thailand illegally through natural channels to seek jobs.

Pol Lt Gen Sompong Chingduang, chief of the IB, said on Saturday immigration police are concerned about illicit border crossings as the border is still closed to limit the spread of Covid-19.

Foreigners still aren't allowed to enter the kingdom, he said. Some migrants crossing the border illegally may bring viral infections with them which will not be caught by screening authorities, observers say.

Pol Lt Gen Sompong was speaking yesterday when he met his immigration police at the Thai-Lao Friendship Bridge crossing point in Nong Khai.

"I ordered immigration police to work closely with border police and soldiers in in arresting illegal border crossers. More importantly, state officials themselves must not get involved with such offences," he said.
https://www.bangkokpost.com/thailand/ge ... -crossings
Cambodia Expats Online: Bringing you breaking news from Cambodia before you read it anywhere else!

Thailand is in pretty rough shape itself. I guess no situation is so desperate that somebody worse off doesn’t look at it as an opportunity. Makes you wonder what kind of situations these people are headed into.

Meanwhile back here the government sits on its hands.

Nearly 60 Cambodian nationals were rounded up in Sa Kaeo's Ta Phraya district as they headed to work in the country illegally.

The arrest of the 59 Cambodians was part of a wider operation led by the Burapa army task force to crack down on people slipping into the country across the eastern border.

The operation, ordered by the task force commander Maj Gen Tharapong Malakham, was also mounted to keep out goods, including farm produce, smuggled into the country during the Covid-19 pandemic.

The Cambodians were intercepted by soldiers on patrol in Ban Khlong Paeng in tambon Thap Sadet early yesterday.

The suspects, 25 of whom were women, failed to produce passports or other travel documents. They were charged with illegal entry.

Officials said the suspects came from Poi Pet, in Banteay Meanchey province. They entered Thailand through the porous natural borderline between border surveillance points 14 and 15.

They were waiting to be picked up by a trafficking gang who promised to take them to various provinces to work. The suspects told the authorities they paid the gang 3,000 each as a brokerage fee.

The Cambodians were remanded in custody at Ta Phraya police station.
https://www.bangkokpost.com/thailand/general/1948920/
Cambodia Expats Online: Bringing you breaking news from Cambodia before you read it anywhere else!

Combined force arrests 107 illegal Cambodian migrants within a day
By The Thaiger - July 11, 2020
Immigration officials in Sa Kaeo province, together with border police and the Thai military, have arrested 107 illegal immigrants since yesterday. Sa Kaeo lies about 200 kilometres east of Bangkok at the Cambodian border.

The commander of the Burapha Armed Forces (Tigers of the East) – the nickname of the military clique attached to the 2nd Infantry Division, the Queen’s Guard – ordered military personnel along the border to be on high alert for Cambodians attempting to cross the border without authorisation.
https://english.cambodiadaily.com/news/ ... ay-166603/
Cambodia Expats Online: Bringing you breaking news from Cambodia before you read it anywhere else!

Migrants seeking work held in Chachoengsao for illegal entry
12 Jul 2020 at 04:00
Chachoengsao: Scores of Cambodian migrants, including children, were detained along with five suspected smugglers in Muang district yesterday.

They were discovered during a joint operation by police and soldiers from the Internal Security Operations Command. Those arrested were mostly migrants seeking to return to work in the kingdom amid the Covid-19 outbreak.

The pandemic appears to be subsiding in the kingdom. The last time authorities recorded a locally infected case was more than 40 days ago. The government has been gradually easing lockdown measures to reboot the economy.

The migrants and their smugglers were intercepted as an increasing number of foreign nationals enter the country through natural borders looking for work amid the easing of Covid-19 restrictions.
https://www.bangkokpost.com/thailand/general/1949784/
Cambodia Expats Online: Bringing you breaking news from Cambodia before you read it anywhere else!

I think it would be safer to reopen the border to let migrant workers cross legally. On top of being able to check their papers, they could them test them for COVID-19 as well.
Top 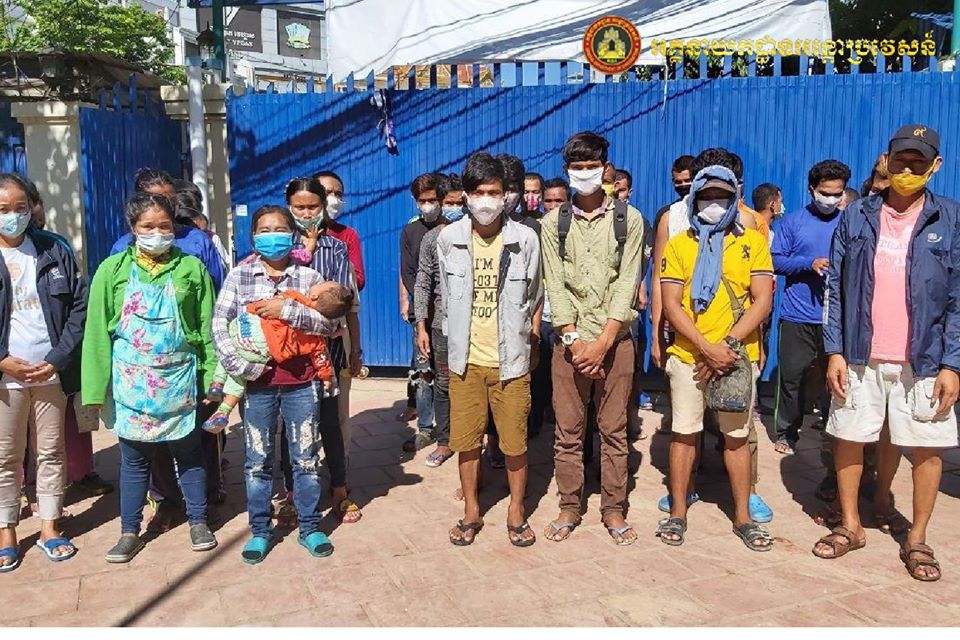 Cambodia News, Poipet: At the Poipet International Border Crossing Police Station, on July 18, 2020, there were 59 illegal Cambodian migrant workers sent back by Thai authorities, including 19 women and 2 children. 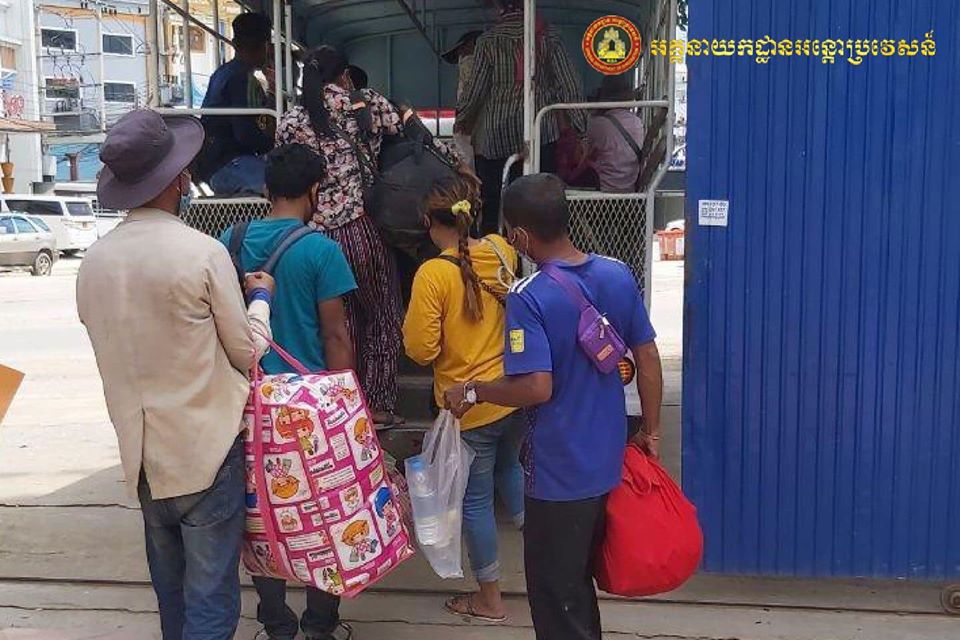 The above workers were educated and instructed by the border post police force and then handed over to the Poipet Samchat Center Workers' Reception Team for further work.

Please take note that Thai authorities continue to close the border gates with Cambodia; they are not yet open to passengers, but only for emergency medical cases and trucks transporting essential cargo between the two countries.
Cambodia Expats Online: Bringing you breaking news from Cambodia before you read it anywhere else!

There's hope, Thailand has finally announced that they'll let migrant workers back in. How that will work with the silly quarantine requirement remains to be seen.
Top
Post Reply Previous topicNext topic
119 posts