Breaking news from Cambodia can be found here. CEO often finds Khmer news and translates it into English for our readers if it is interesting to expats, locals, Cambodians living abroad and anyone who wants to stay informed of the latest local and international news stories about Cambodia and our neighbors in South East Asia. There are many sources for Khmer news articles and they can all be found here in one place. Most of the media comes out of Phnom Penh, Siem Reap or Sihanoukville, but we cover national Cambodian news from all provinces.
Post Reply Previous topicNext topic
56 posts

Safari World zoo/animal park has been relocated to Phnom Penh from Koh Kong and is due to open next month. The attractions will include shows with wild animals which will not be a hit with western visitors, (zoos with dancing bears or tigers, and boxing orangutans etc are mostly considered cruel and not cool), but who cares, because more importantly, this should be a big draw for the increasing numbers of Asian tourists visiting Phnom Penh, as well as for Cambodians.
Photos from the Koh Kong Safari website: 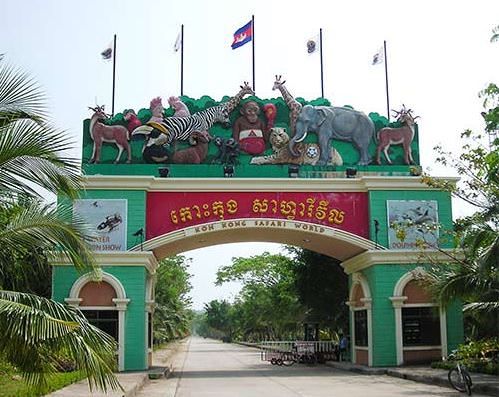 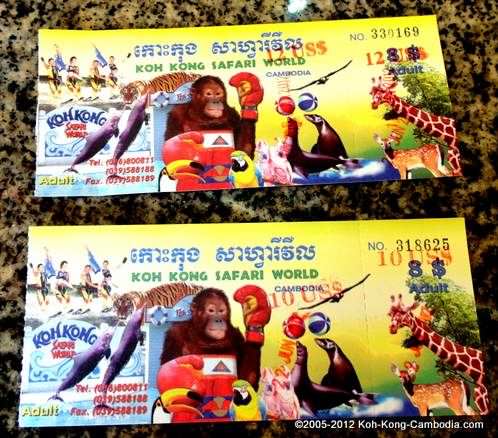 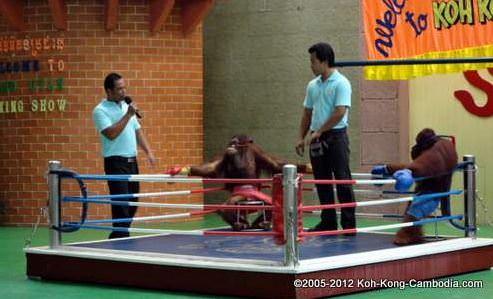 March 2, 2018
New animal park to open next month
After two years of construction, Safari World, one of the biggest zoos in the kingdom, will opened its doors to visitors next month in Phnom Penh’s Chroy Changvar district.

With a capital investment of $9 million, the park will exhibit around 800 animals, including bears, ostriches, kangaroos, giraffes, tigers, dolphins and deer.

According to the zoo’s website, there will be shows featuring crocodiles, orangutans, tigers and different types of birds.

Ly Yong Phat, president of LYP Group and owner of the park, told state-run media outlet AKP that the zoo will be the largest of its kind in Cambodia, and explained that it was previously located in Koh Kong province.

“We moved from Koh Kong to Phnom Penh to take advantage of the large number of visitors to the capital,” he said. “Opening the largest zoo in Phnom Penh is also part of creating a resort to attract both national and international tourists.”

Besides the zoo, LYP Group has also invested $30 million to build Angkor Water Park in Phnom Penh.
http://www.khmertimeskh.com/50111495/ne ... ext-month/
Cambodia Expats Online: Bringing you breaking news from Cambodia before you read it anywhere else!

What will happen to the zoo in takhmao?
Top

I remember being shown this show with boxing orangutans by a close relative years ago, they thought it was the funniest thing ever. They didn't seem to be hurting each other too much but it was appalling.
Top

A couple of weeks ago, I went out too the Safari World. I was very impressed with the beautiful entrance, with it's giant elephants, Angkor façade and Naga fountain. The car park is most optimistically large car park in all of Cambodia. Almost big enough to land a jumbo.

Yes, there was an orangutan boxing show. I don't like the idea of such things, and it wasn't something I would normally go to see, but it was a highly comical act. There was no maliciousness or aggression involved at all. The orangutans pulled their punches, if such a thing was possible.

In other acts, the animals had plenty of opportunity for revenge, during the tiger and crocodile acts, but all the animals looked healthy and content and the trainers were very professional. I was surprised how good the bird show was. I thought it would be lame, but it was fun.

They need to sort out the timing between acts, and the place is still in development, but makes a nice family day out from the city. Also, most importantly, Mike's Burgers has a restaurant there. I rate it 4/5 stars on the Heng scale.
This is the voice of the Mysterons. We know that you can hear us Earthmen.
Top

the Chinese/Russians love these abuse of animal shows!!

Please let's not complain too loud about how badly we treat animals or people will start complaining of how we treat and lock up fellow human beings.
Cambodia,,,, Don't fall in love with her.
Like the spoilt child she is, she will not be happy till she destroys herself from within and breaks your heart.
Top

Duncan wrote: ↑
Sun Jun 17, 2018 11:01 am
Please let's not complain too loud about how badly we treat animals or people will start complaining of how we treat and lock up fellow human beings.

Kind of hard to complain of bad treatment when we raise them, kill them and eat their flesh. The animals I mean.
This is the voice of the Mysterons. We know that you can hear us Earthmen.
Top 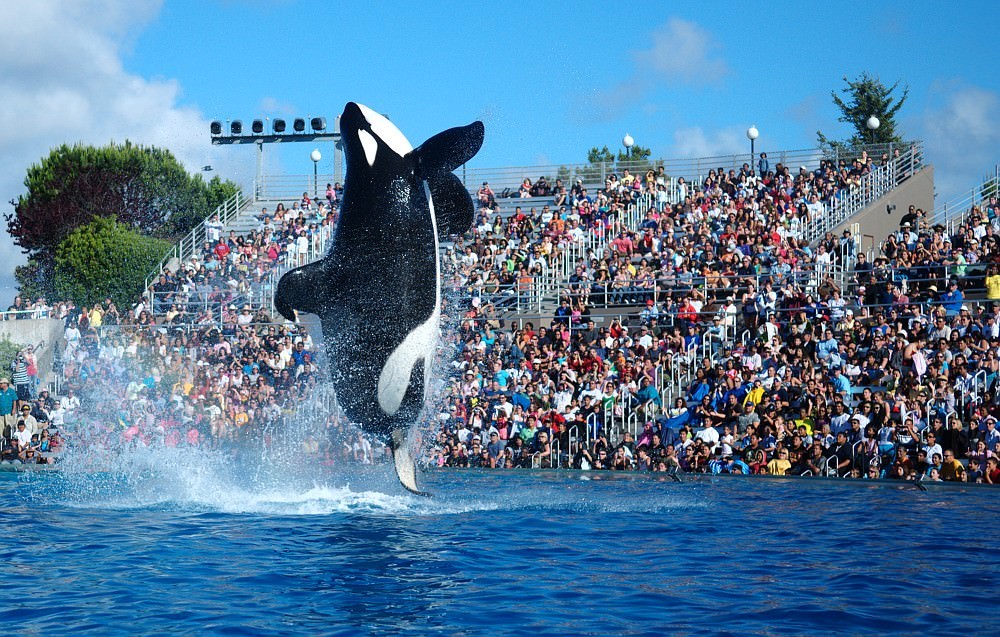 Queue half-starved animals with mental problems. And don't get me started on the animals.....
Top

anyone that condones or accepts seeing elephants being used to entertain people, needs a wake up call;
the elephants are mentally and physically broken

Baby elephants are taken from their mothers at a very young age, usually three to six years old, but often younger. After a young elephant is in the captivity of its handlers, the aim of the Phajaan program is to break its spirit. Babies will be kept in small crates similar to those found in the intensive pig farming industry. Their feet will be tied with ropes, their limbs will be stretched, they will be repeatedly beaten with sharp metal and other tools, they will be constantly yelled and screamed at, and they will be starved of food. Bull hooks (a tool used in most forms of elephant control) will be used to stab the head, slash the skin and tug the ears.

The next time you see an Asian elephant used in trekking, elephant rides, movies, in a circus or any other form of entertainment, take a look at the state of its ears. Captive elephants often have shredded or torn ears from their tissue being ripped and pulled away in the training process. They also often have scars on their foreheads from deep lacerations caused by beatings.

Ropes are used to tie and stretch the elephant’s limbs, these will eventually be replaced with tight, constricting chains. The Phajaan may last for weeks and they have no rest from physical torture and mental domination. Gradually, their spirits break and their handlers achieve control.

This video illustrates the cruelty of this process. We will warn you, it is graphic.

In a nation run by swine, all pigs are upward-mobile and the rest of us are fucked until we can put our acts together: not necessarily to win, but mainly to keep from losing completely. HST
Top
Post Reply Previous topicNext topic
56 posts