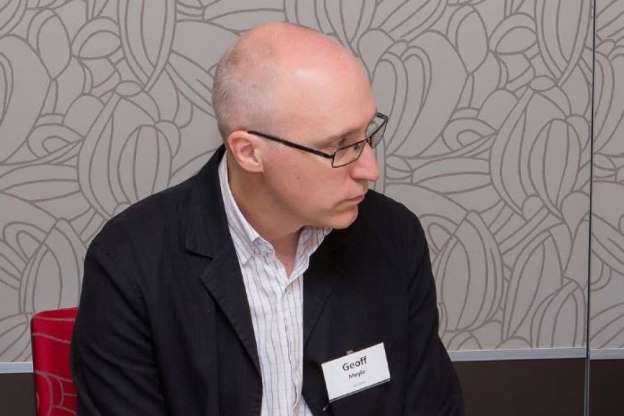 Geoffrey William Moyle, 46, last week pleaded guilty to 11 charges, including nine offences which were committed in Cambodia, and a further two committed in Adelaide.

In his online profile, Moyle stated he worked in Cambodia for a decade as the South-East Asia director of an international engineering consultancy company.

It stated he was "retained" by the Department of Foreign Affairs and Trade (DFAT) as a "specialist" under its Aid Advisory Panel.

The profile has since been deleted.

The charges included unlawful sexual intercourse with a child, commit indecent act on a child and possessing child exploitation material.

Following his guilty pleas, the father of two sought to stop a suppression order on his identity being lifted.

He argued media reports of his identity would lead to "undue hardship" for his two young children, who were not the subject of any charges.

His lawyer provided the Adelaide Magistrates Court with two letters — one from a school psychologist and another from the children's grandparents — which explained the impact the publication of Moyle's crimes would have on them.

"The children are of a very tender age," he said.

He said they were already dealing with the "sudden absence of their father", who has been in custody since his arrest.

But Commonwealth prosecutor John Clover opposed the application, saying there was "no proper basis" for the suppression order to remain in place.
https://www.msn.com/en-au/news/australi ... li=AAgfIYZ

by Mishmash
Before my time here, but ..... I can't help the urge to strangle him. Sorry to anyone who has any feelings for the shit... 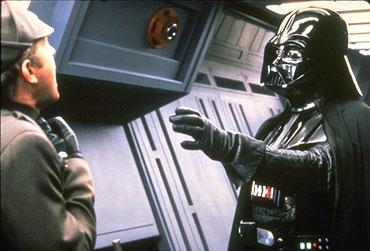 Mishmash, you certainly aren t suggesting that if one if on the left or liberal side of the political spectrum that they would necessarily support child molesting are you? I draw your attention to the forum's biggest right-wing supporter and Trumpite who so eloquently suggests it is no worse than a woman having an abortion.
I dress left thank you and strangling [email protected] is to good for him, castrate him with a rusty pair of fingernail clippers and then force-feed him his balls before strangling the gutless piece of shit that tried to hide behind his children"s mental health while he diddled other's children.

I find this entire thread to be fascinating.
I am curious about the posters who are so vehement about protecting these children and their stance on abortion.
Do you feel that a female killing her unborn child is as bad as Pieman or is she just making a choice?
Are the medical personel as evil as this shane piece of shit and his cohorts?
I sense that abortion is perfectly acceptable under your definition of a civilized society. But, knowing a bar has underage girls working there and not calling the cops is criminal.

Anthony's Weiner wrote: ↑Wed Jan 22, 2020 8:48 pm
Mishmash, you certainly aren t suggesting that if one if on the left or liberal side of the political spectrum that they would necessarily support child molesting are you? I draw your attention to the forum's biggest right-wing supporter and Trumpite who so eloquently suggests it is no worse than a woman having an abortion.
I dress left thank you and strangling [email protected] is to good for him, castrate him with a rusty pair of fingernail clippers and then force-feed him his balls before strangling the gutless piece of shit that tried to hide behind his children"s mental health while he diddled other's children.

I fixed it Anthony - stand corrected

"The children are of a very tender age," he said.

by techietraveller84
When pedophiles go to prison, they usually get a taste of what sexual abuse feels like... from the other end.

The identity of an Adelaide father and businessman who’s admitted to 11 child sex offences can now be revealed. 46-year-old Geoffrey Moyle committed the majority of offences against vulnerable children in Cambodia between 2002-2006.

Moyle, who previously could not be named for legal reasons was formally charged in 2019.

“A 46-year-old Adelaide man has been charged with multiple child exploitation offences following an investigation by the South Australia Joint Anti Child Exploitation Team (SA-JACET), which comprises of members from the Australian Federal Police (AFP) and South Australia Police.

In February 2019, the SA JACET received a referral from the Queensland Police Service identifying a user linked to an IP address in Adelaide allegedly posting child exploitation material on an image-hosting website.

The SA JACET commenced an investigation and executed a search warrant at a residential premise in the Adelaide suburb of Westbourne Park in May 2019. Police seized a USB allegedly containing child exploitation material and arrested a 46-year-old man.

Search warrants executed today in Adelaide resulted in the man, who was on bail, being arrested on new charges. A number of electronic devices believed to contain evidence of the offending were also seized.

The investigation evolved once an analysis of information provided by international law enforcement partners identified a series of alleged offences conducted by the man while in Cambodia between 2002 and 2006.

Police will allege in court the man sexually abused children in Cambodia between 2002 and 2006.”

The CPU were aware of this investigation
"It is a credit to the Qld Police, SAPolice, FedPol and the Joint Anti-Child Exploitation Team that they were able to uncover the abuse that Moyle had inflicted over many years while working in a variety of positions in Cambodia. I am aware that investigations have been undertaken in regards to his activities while he was in and visiting Cambodia from 2002 to as recently as 2018. Cambodian authorities are cooperating with the investigation into Moyle.

It shows the commitment from all agencies including the Cambodians to combating and prosecuting person that abuse children no matter where you are from. ” James McCabe - Director Operations CPU

by CEOCambodiaNews
Further details on Geoffrey Moyle's situation whilst he was working in Cambodia, from ABC News.

Moyle 'has never been employed by DFAT'

In a statement provided to the ABC, DFAT distanced itself from Moyle, saying he has "never been employed by DFAT".

"The Department of Foreign Affairs and Trade has a zero tolerance approach to child exploitation and abuse," a DFAT spokesperson said.

"He worked for managing contractors that received funding from AusAID/Department of Foreign Affairs and Trade."

The spokesperson also said DFAT was not associated with Moyle at the time of his offending.

"Our review of DFAT records indicates that, during the period of alleged offending 2002-2005, he did not work on AusAID/DFAT-funded projects in Cambodia," the spokesperson said.

"It would be inappropriate to comment further on a matter that is currently before the courts."

by CEOCambodiaNews
Geoffrey MOYLE: As reported by Australian television news yesterday, when the offender's name protection ban was lifted by a South Australian court judge:

by CEOCambodiaNews
Update from ABC News today on the question of victim compensation:

Cambodian children abused by paedophile Geoffrey Moyle could receive compensation
By court reporter Meagan Dillon
Posted 7 hours ago
An Adelaide court is considering whether it can order a paedophile to compensate his abuse survivors in South-East Asia, with the judge suggesting the payments would be an Australian first.

Geoffrey William Moyle, 47, has pleaded guilty to 11 offences, including nine counts relating to the sexual abuse of children in Cambodia between 2002 and 2005.

The court heard the children were "forced to be in brothels".

Moyle is awaiting sentencing in the South Australian District Court, which heard that the Cambodian survivors were seeking compensation from their abuser.

But Judge Paul Cuthbertson said he needed to further examine the law, and the intention of Parliament when laws allowing compensation to be ordered during criminal proceedings were enacted.

He said ordering compensation be sent overseas would likely be an Australian first.

"There haven't been any cases in Australia, so everyone is coming out of this fresh, and there are a number of issues that I'm wondering about," he said.

"I'm not saying there isn't an answer to it somewhere, but I'm not aware of it."

The court was told the Director of Public Prosecutions would not be asking Judge Cuthbertson to order the survivors be granted compensation because they could launch civil action against their predator.

But Judge Cuthbertson questioned how a poor child from Cambodia would do that.

He added that if he did make an order for compensation, he was unsure how much to award them given $5,000, for example, could be a "fortune" in Cambodia.

Jonathan Wells QC, who is representing one of the survivors for free, told the court that the reason compensation was being sought was because Moyle had assets, including a house in Adelaide.

He asked Judge Cuthbertson to "freeze" those assets until the issue of compensation had been sorted out.

"It ensures there's not any steps taken to reduce any equity in that property," he said.

Mr Wells also told the court that his client wanted Moyle to be physically present in court when her impact statement was read to the court.

State laws allow a victim to request their perpetrator attend court to hear their statement, rather than appear via video-link from jail.
But Heath Barklay QC, for Moyle, told the court that his client had a sore back and could not travel from Mount Gambier Prison to Adelaide to attend court in March.
https://www.abc.net.au/news/2021-01-27/ ... d/13094642
All times are UTC+07:00
Page 1 of 3