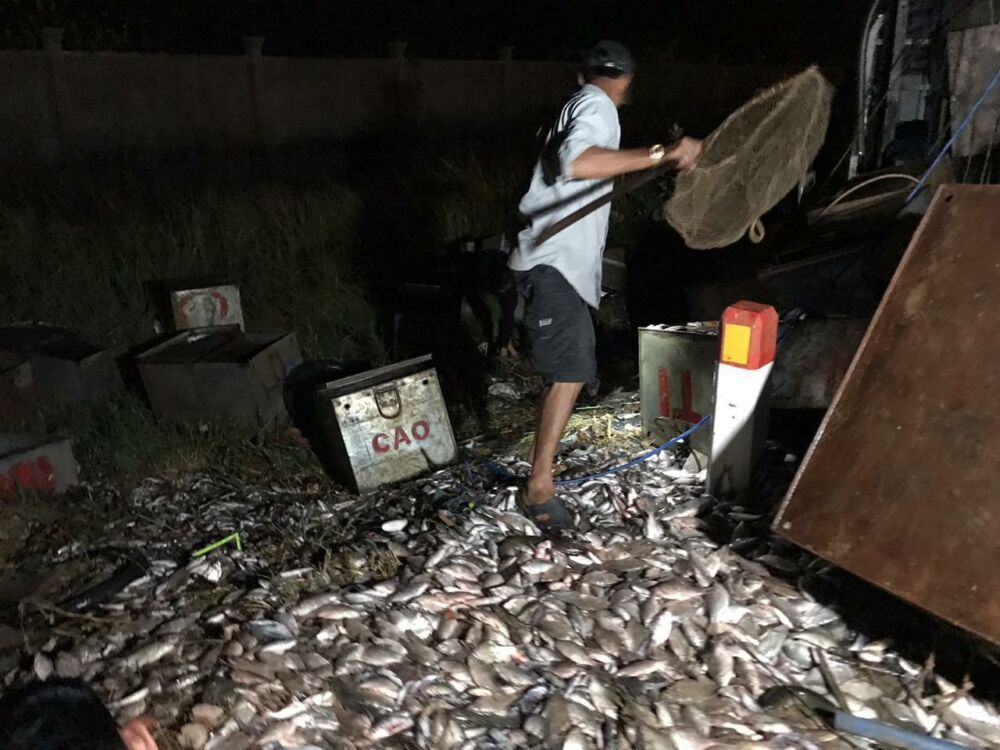 Cambodia News (Phnom Penh): On December 23, 2019, at 12:40 am, there was an accident between a Camry car and a truck carrying fish, injuring three people on national road 3, near Khan Prek Pnoa Police station, Sangkat Somrong, Phnom Penh.

Before the incident, a man was driving a Camry car in the direction from north to south on national road 5, when he was hit by a fish truck, causing both vehicles to overturn. The accident scene was a mess, with fish spilled all over the road, and 3 people were severely injured and had to be sent to Calmette hospital. The Camry car driver ran away from the scene. 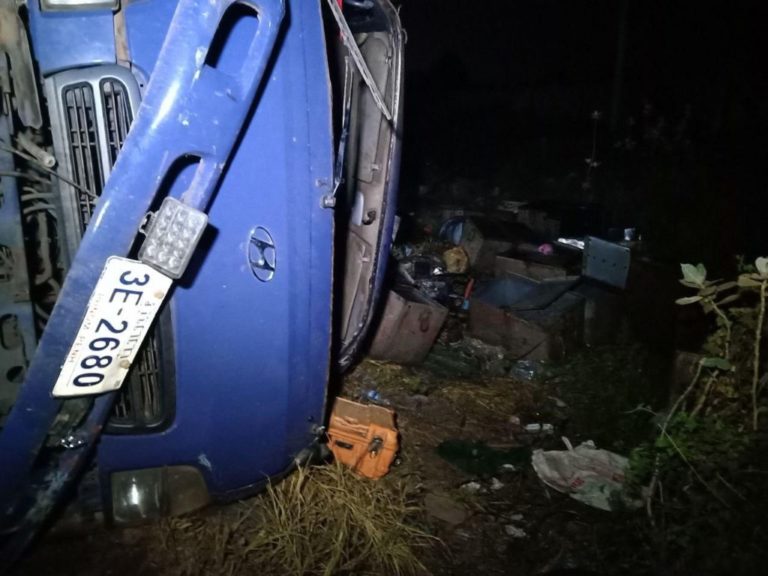 The police checked the accident scene and they took both vehicles and the fish to keep at the police station, waiting to sort the problem out later. 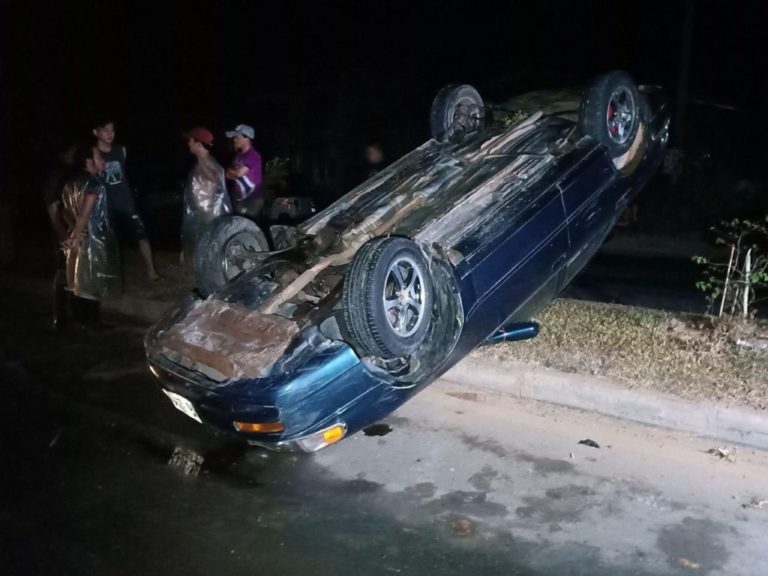 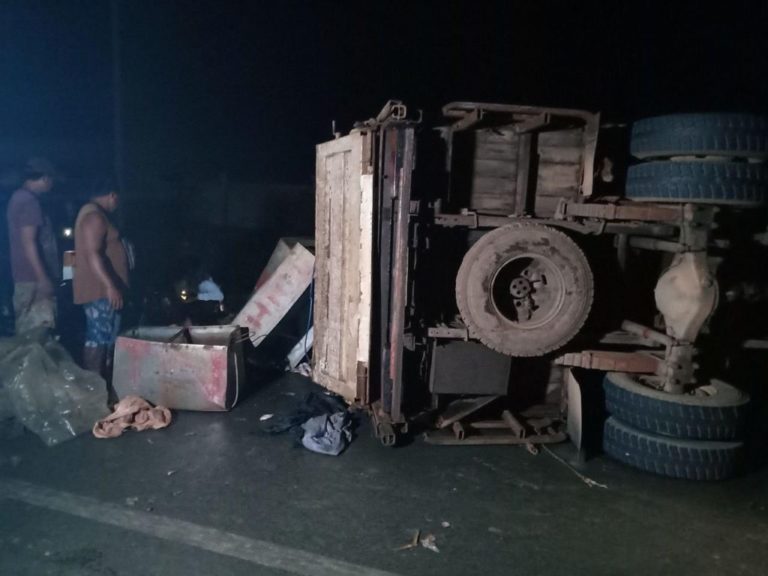 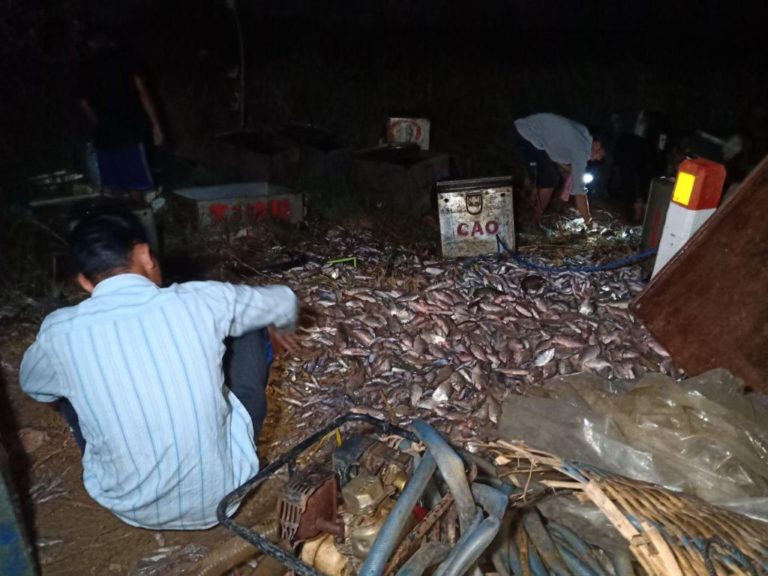 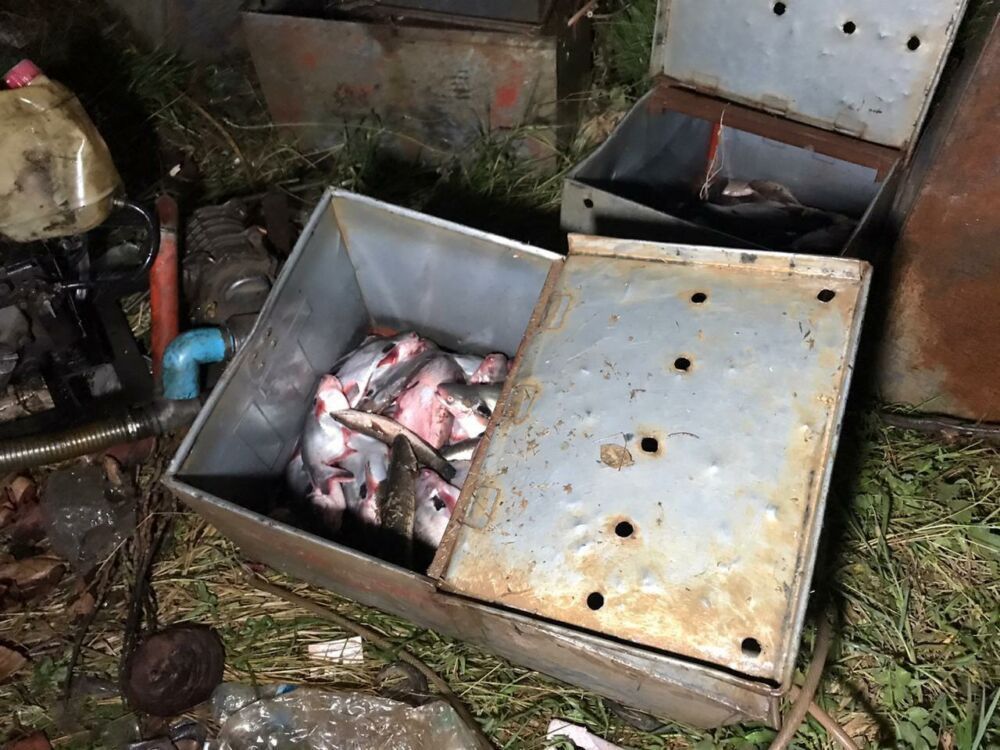 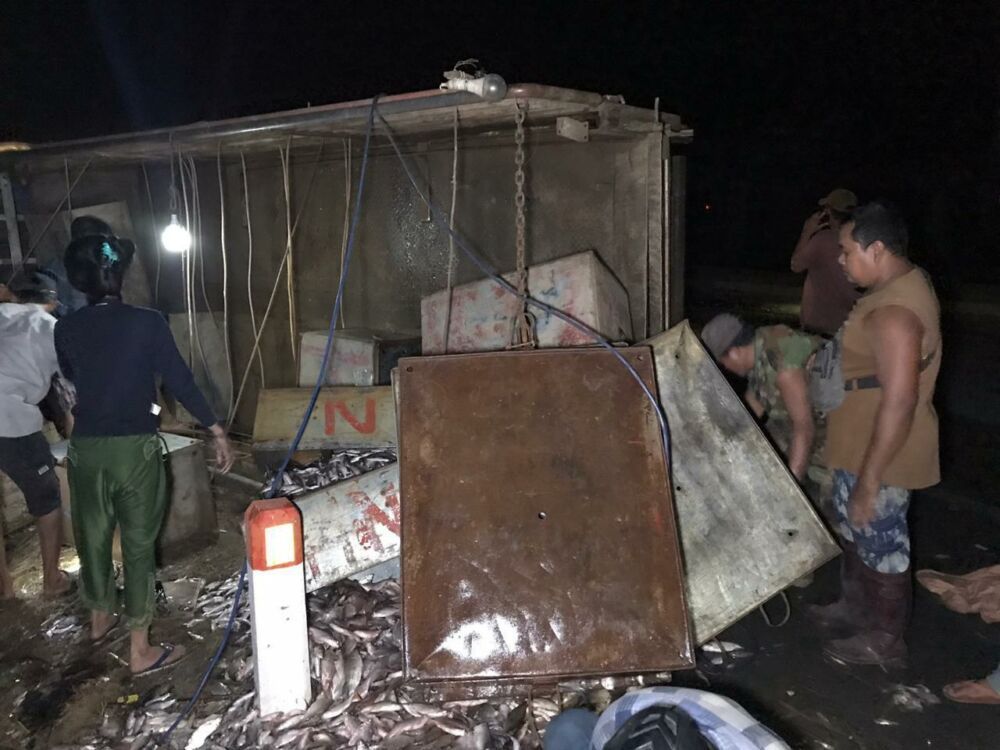 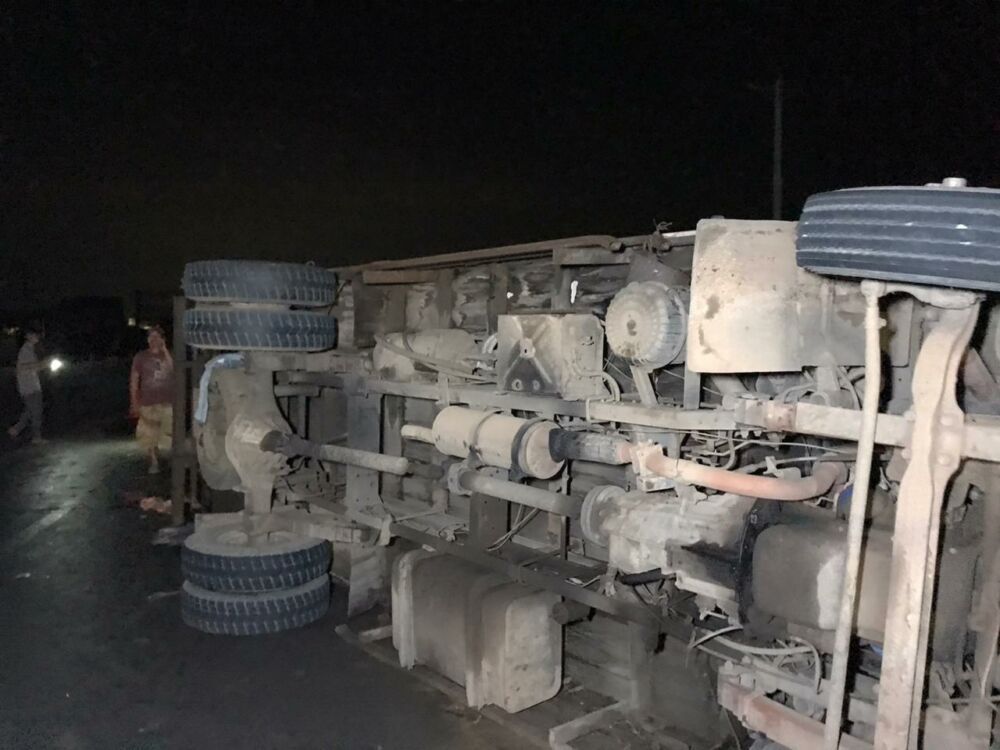 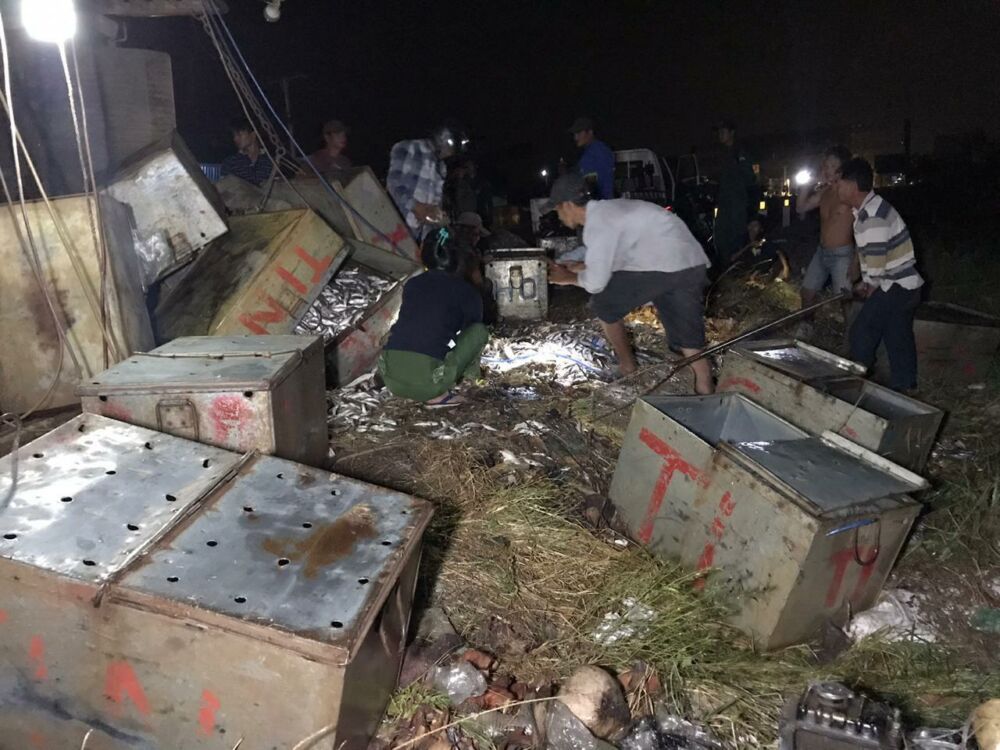 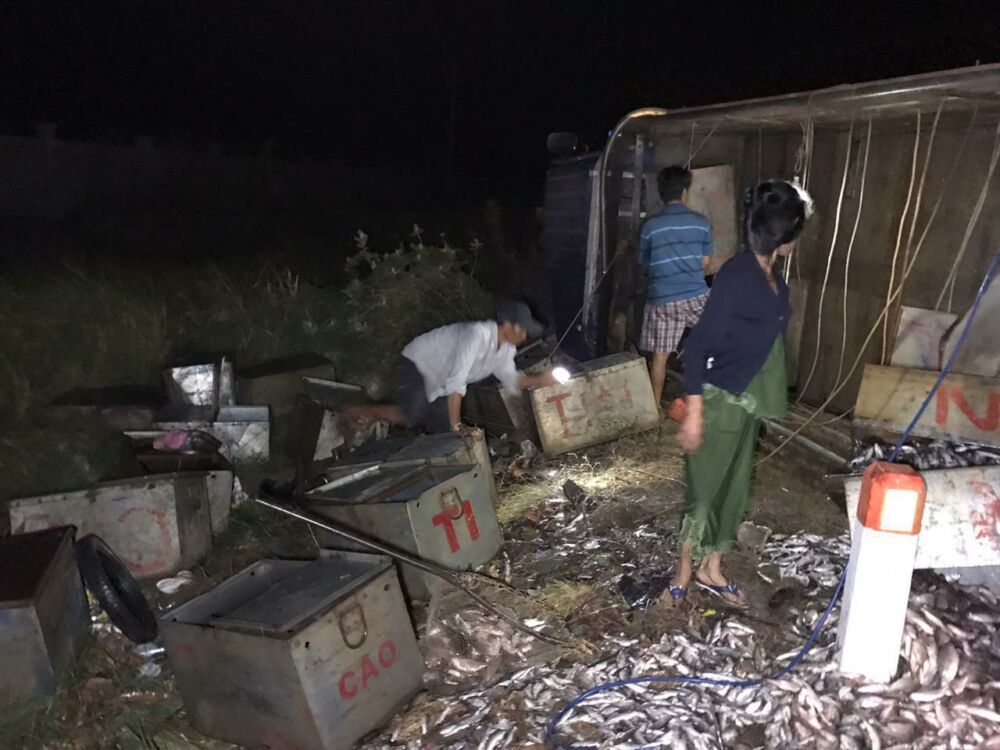