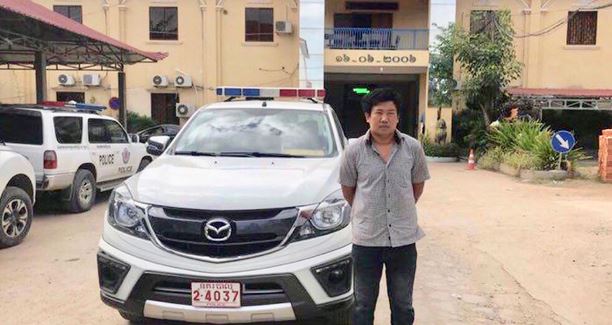 Phnom Penh, Cambodia News: On 26 August 2019, the Phnom Penh Municipal Court investigating judge Ros Samdey ordered the release under judicial supervision of a man who assaulted a police officer after he was stopped drunk driving.

According to an order dated 23 August, 2019, the accused has been identified as Horn Nam Heng, a 30-year-old Cambodian male occupier of a car occupancy at # 21E3, Village 5, Street 148, Sangkat Teuk Laak III, Khan Toul Kork, Phnom Penh. Phnom Penh. The man is known to police; in the past he has been charged theft and forgery.

It should be recalled that the accused was arrested by the authorities on charges of intentional violence against a public official and driving under the influence of alcohol on the night of August 21, 2019 at the BKC Target 13 on Monivong road perpendicular to Krong Saing Road, Sangkat Wat Phnom, Daun Penh District, Phnom Penh, causing the injury of one police officer.
Cambodia Expats Online: Bringing you breaking news from Cambodia before you read it anywhere else!