CEO/owner of FX Animation and German national, Udo Theodor, was arrested for having sex with a minor

Phnom Penh, Cambodia: A German man was arrested by the police in Chabar Ampov with the cooperation from police in Niroad police station following the complaint made by the boy’s mother. He was arrested around 10:30 am on 16 June 2015 at the Beton Street, Tangov village, Niroad commune, Chabar Ampov district as he was accused of having sex with minor.

The victim is a 9 year old boy. He is a primary school student; living in a house on Tangov Krom village, Niroad commune, Chabar Ampov district.

Police said, after receiving the complaint from the boy’s mother with the facilitation from Mr. Chhun Long, prosecutor of Phnom Penh court, police arrested the German man while he was travelling on Beton road in Phnom Penh.

The mother of the boy was working at the suspect’s house and she always brought the victim along. Then, when she went to the market, the German man seduced the boy into his room by telling him that they would play games. Then, he started to perform the oral sex on the boy. The boy told his mom about this, so the mother filed a complaint which led to the arrest of Udo Theodor Symon

After the arrest, the suspect was brought to the department of anti-human trafficking and juvenile protection of police commissioner of Phnom Penh for legal procedures.

Engrish:
Spoiler:
Arrested German nationals involved in the case of sex with a minor
Posted by: Thach yard June 16, 2015

Mother's past victims worked boy home boy suspected victims. Time mothers Busy market to buy food, comfort boys suspect the victim into the bedroom by using tricks to play games. There Udo Theodor Symon the suspect was acting oral sex later, it was boys told their parents, and mothers bring complaints before reaching arrest.
After detaining the suspect was sent to the Office of the Anti-Human Trafficking and Juvenile Protection of Phnom Penh Police Commissioner to continue the proceedings.

German suspect who had sex with a 9-year-old boy was arrested Niroth police on the morning of June 15, 2015 at No. 56c village be Niroth commune Ampov district. The police arrested a German man, according to the complaint the boy's mother.

Prior to the incident on 10 June 2015 at around 9, her parents sent children affected with the suspect, and went out to buy food by the market opportunity suspects Child trousers suck the penis with the iPad for children, playing games.

The woman, who testified that on 13 June 2015, his son told the story all that the suspect had done on the victim and another boy to stay with the same suspects also victims.

When the morning of June 15, 2015, her mother filed a complaint at the Post Niroth competent and detaining suspects for interrogation. German men were detained in the District Police Inspectorate Ampov to build a case to court legal manager. Good day!
My name is Udo - Theodor Symon, I’m the owner of FX Animation Studio in Phnom Penh, the first professional Studio for Dubbing and Audio Production in Cambodia. The Studio have the most modern broadcast equipment for all kinds of professional Media Productions and the right people behind the console.

Within a few month we just produced a 75 episodes of Doraemon Cartoon Series for a Japanese Content holder, which is recently on broadcast at TV3 Asia, various TV - Spots and a 5.1 Surround movie for the Legend Cinemas – And this all in a “Never Seen Before Quality” in Cambodia.

My background in brief:
I study Electronic in Hamburg and graduate as an Audio Engineer, collect 4 years’ experience in the Record Industry and study besides Marketing, Management and Psychology. After 2 years experience as a District Manager for a Chain Shop Company (Warners Subsidiary), I designed and build a full digital Dubbing facility with 5 studios in Hamburg and produced as a General Manager over 40.000 minutes of program for my clients:

1996 I entered the Cartoon Film Production industry and received the first Investment license for this sector in Vietnam, where I produced Cinema movies and TV Series for Hahn Film/ Achterbahn AG, A – Film (Per Holst) until 2001.

2013 I decide to move to Cambodia to use my skills to develop the Dubbing & Audio Production Industry there – With great success. It would be my pleasure to work for you too.

FX Animation is the first professional Dubbing Studio In Cambodia.
We provide Dubbing of TV Series & Movies in Stereo or 5.1 Surround.
All kinds of Voice Recordings and Audio Productions for Advertisement & Industry.
Online Database with professional Khmer Voices at:
http://fx.ibm24.net/eng/Voices.html" onclick="window.open(this.href);return false;

He is quite a well-known expat here in Cambodia, so this could be a big story, me thinks.

He's also working on the children's cartoon, Doreamon, dubbing it into Khmer, presumably. Nothing weird about a German guy with a 12 year gap in his C.V. moving to Cambodia to work on cartoons.
Top

Cam Nivag wrote:Nothing weird about a German guy with a 12 year gap in his C.V. moving to Cambodia to work on cartoons.

Many years ago, I worked as a recruitment consultant. The worst CV I ever had was from a guy who sent in 168 pages. He'd even included his time as "scissor monitor" when he was 4, and a copy of the school certificate he'd been given for it. What I think is weird is how much people include in their CVs. No-one cares what you did 10-20-30-40 years ago. CVs should all be based on what you've been doing and thus what you can offer an employer...
"If you want a vision of the future, imagine a boot stamping on a human face - forever." - George Orwell
Top

I'm curious, what kind of money would it cost to do that kind of a dub? Are they paying for license fees and the like, or are they just dubbing it as a "fandub" project?
Reckless driving cucumber - 成
Top

There is very little money to be had in dubbing foreign TV series into Khmer. I know one production company that was doing quality work and pitching on some of the bigger series, but in the end the Cambodian TV bosses don't want to spend any money so they just go with the same cheap crap where you have one guy doing both the male and female voices.
This Doraemon is an official dub, I'd imagine it was being subsidized by JICA just to get more Japanese product out there, the dividends can come later. Doraemon is the supposed official ambassador for Japan and JICA promote him all around the world.
This latest mess has put a bit of a spanner in the works though.
Top

You can ask him yourself, but it will cost you $5. 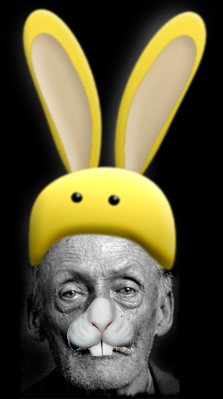 "Can you spare some cutter for an old man?"
Top

It should be pointed out that my post and juansweetpotato's were made at almost the exact same time. However, because I totally pwned him he decided to edit his post and include even more irrelevant garbage. It originally just read :


You can ask him yourself, but it will cost you $5.

Whatever the fuck that is supposed to mean. Somehow he sees humor in the rape and abuse of minors, I'm not sure what is up with that.


Here's his edited version just for the record:

You can ask him yourself, but it will cost you $5.

Seems Udo Symon also wrote a book with a 12 year old girl as one of the main characters. Not terrible on its own, but all things considered... And more information about himself on his Amazon profile:

Theodor Symon was born in 1960 in Hamburg in a family of artists, was 9 years old already on stage, learned piano and guitar and wrote his first plays. He studied electronics, then sound equipment, gained professional experience in the media sector and studied the way psychology and management. During his management duties in recorded music, he produced the way film music and moved in 1987 to the synchronous business. Theodor Symon produced for 20 years numerous films and TV series and has thus received a lot of inspiration for new topics.

His debut work, 2984 - Clone designer, appeared in November 2012 in the book market. At the book an expensive trailer and radio play 13 minutes was produced, as well as numerous, previously unreleased songs.


And here's an online ad where he says he is looking for "boys between 8-12 year old" to be a child voice talent for FX Animation Inc. 
I also wonder if this is the job ad the boy's mother replied to in order to become his maid: This is all looking pretty fucked up right now.
"Life is too important to take seriously."