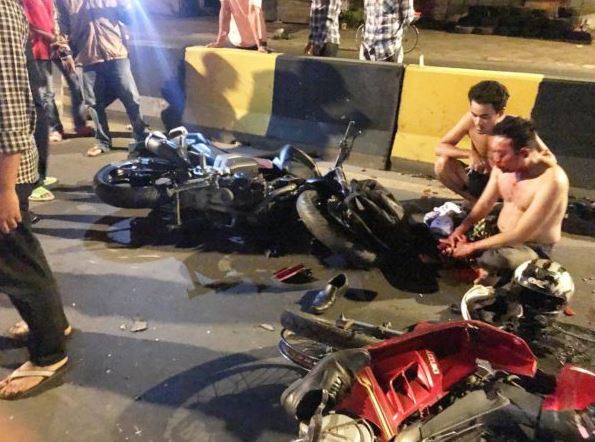 Phnom Penh, Cambodia News: Two people were seriously injured in a traffic accident in Phnom Penh at 11:25 PM, 2 January 2019, along National Road 2, at the entrance to Psar Koumoun village, in Khan Meanchey, Phnom Penh.
Reports say that a man identified as a police official working for the drug squad, who appeared to be drunk, drove his Suzuki Viva motorcycle on to National Highway No.2 by crossing the road, in the reverse direction of traffic. At the same time, a big black motorbike, license plate number 1DB-3517, driven by an unidentified man, arrived in the opposite direction. The collision caused the two motorcyclists to hit the road, injuring both men. 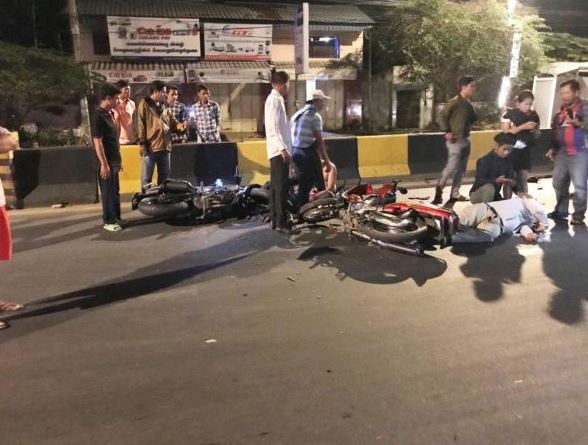 Police contacted the wife of the police official, who arrived on the scene. After that, rescue vehicles from the private clinic Hong Hak came to bring the two victims for emergency treatment at the hospital immediately. 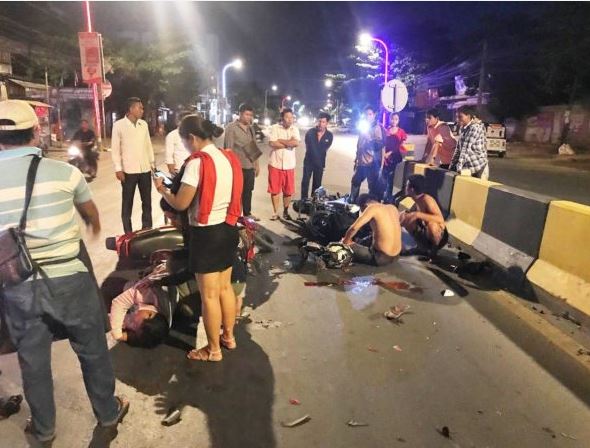