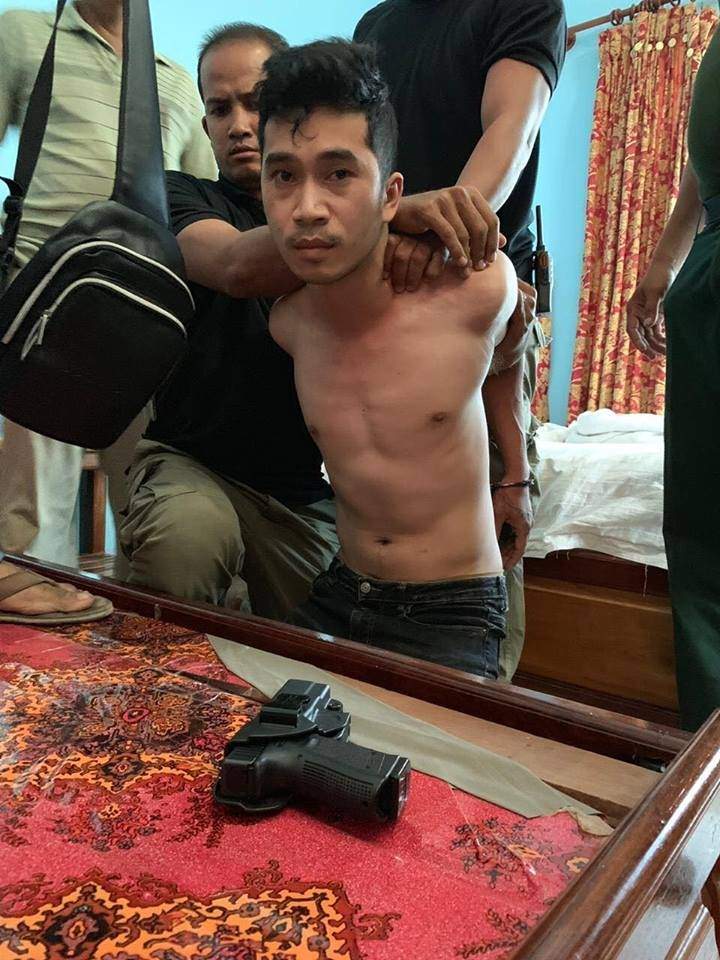 Kampot Cambodia News: On November 19, 2018, a military officer and two friends were detained by police after they went drinking at a KTV in Kampot, where they started to fire in the air with the officer's gun for no reason, just for fun.

The police said that after they had had a few drinks, the group of 6 people on four motorbikes left the Royal KTV, letting off a gunshot as they left the premises. When they got to Kampong Prek bridge they let off another shot, then they turned around and went back to the KTV where they fired another shot into the air. After receiving the information, the police went to search of the shooters and detained 3 of them in the early morning on November 20.

The suspects were identified as Heng Chenda, 33-year-old, a military officer from Kampot who was carrying a pistol Glook19, no.LLT620, Leang Samboo, 31-year-old, and Bou Sophea, 33-year-old. They were sent to Kampot police station to prepare their case for court. 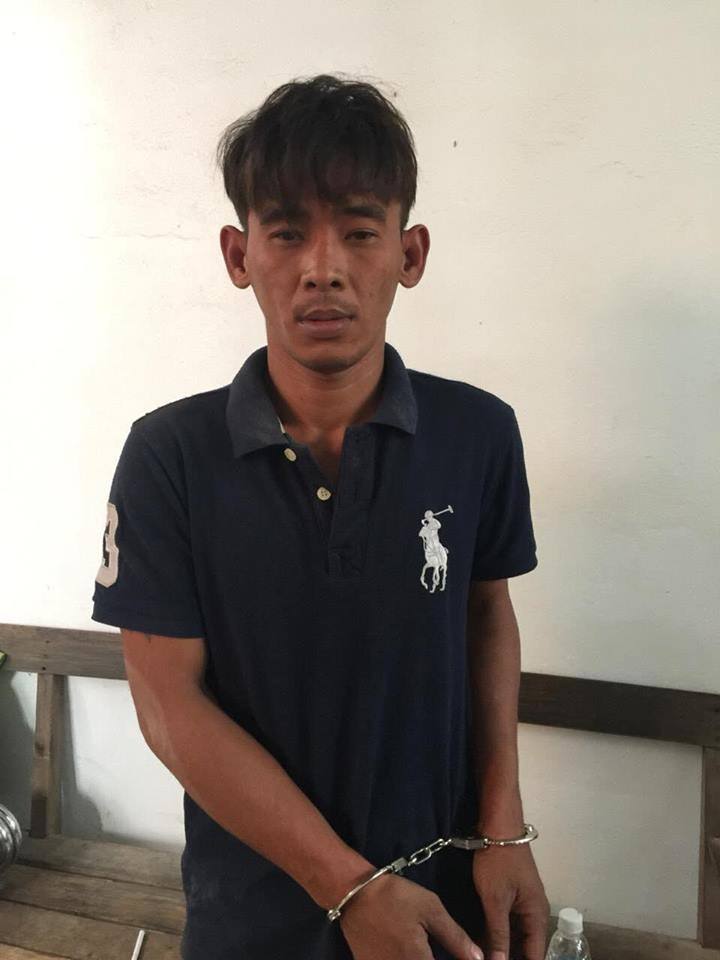 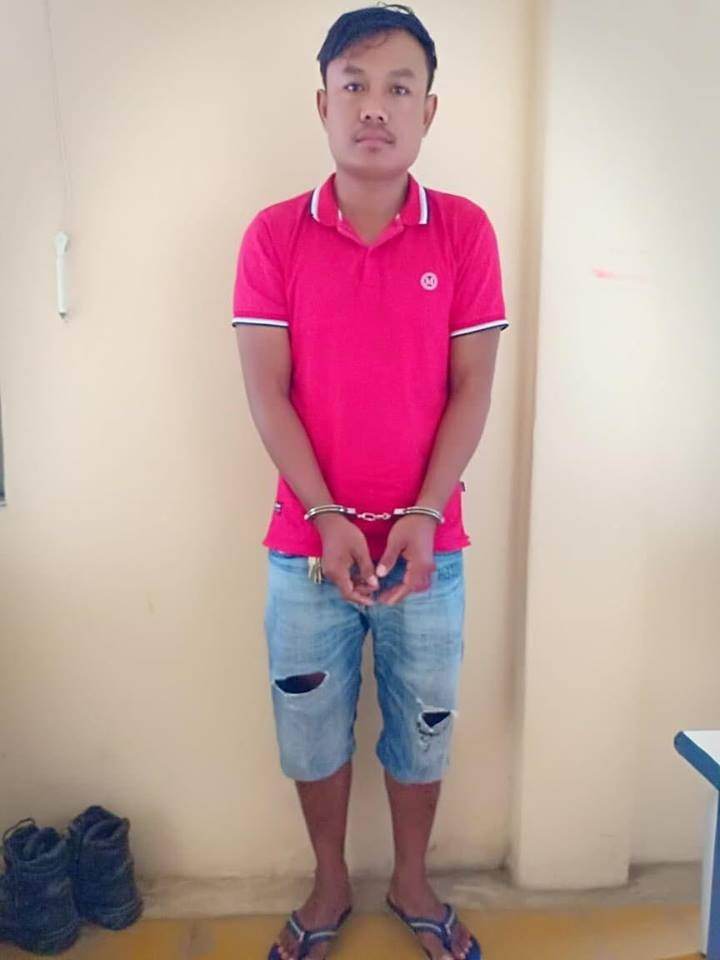 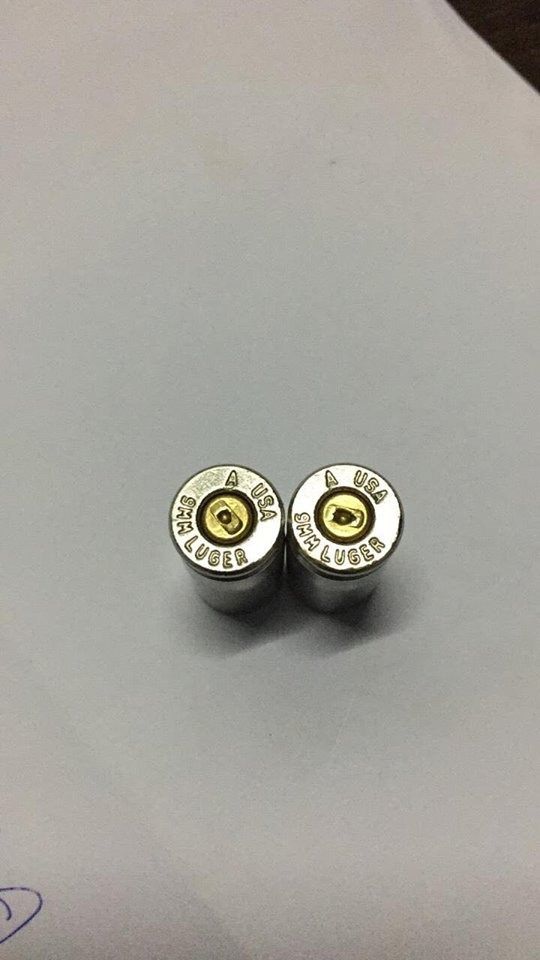 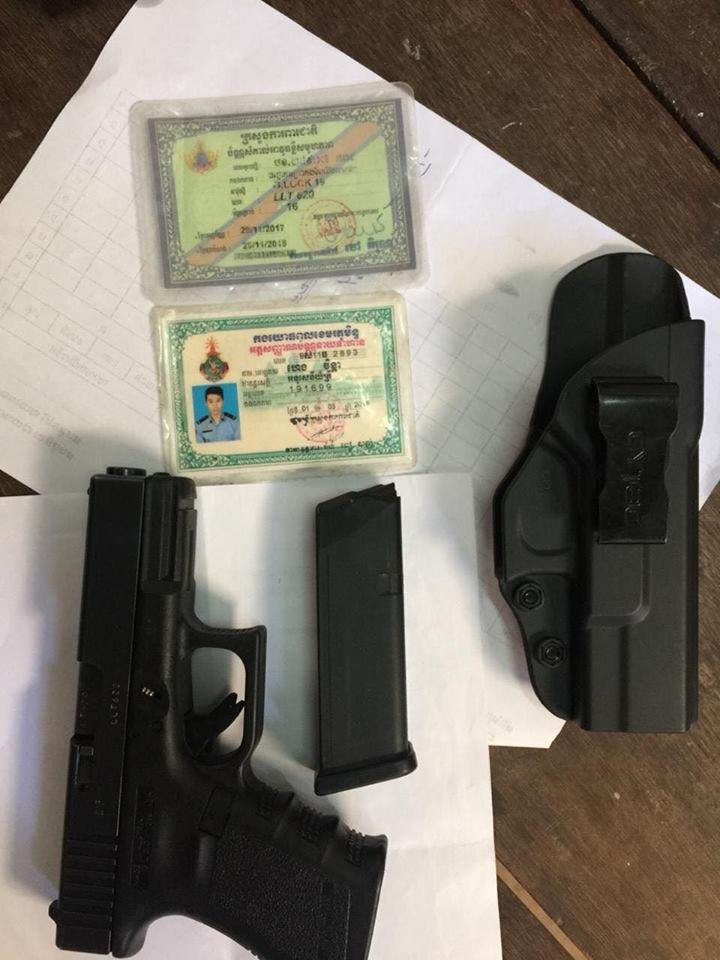 I can see some more promotions coming up
Cambodia,,,, Don't fall in love with her.
Like the spoilt child she is, she will not be happy till she destroys herself from within and breaks your heart.
Top

I shot blanks at a KTV, it cost me $87 that night, no police were involved. I didn't have a gun though.
Top

The “new” Armscor headstamp from the factory in Stevensville, Montana.