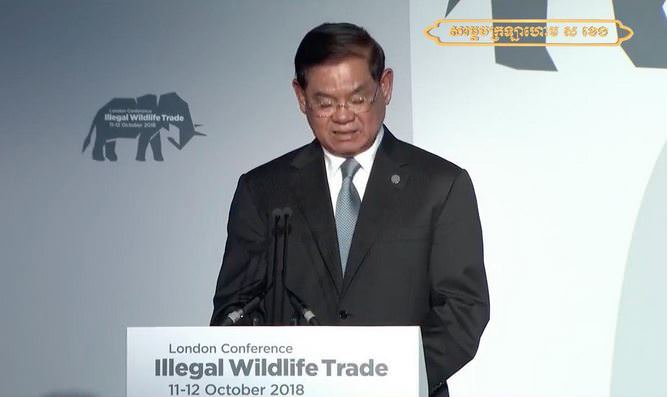 He added that illegal wildlife trade not only brought disaster to the environmental sustainability and natural resources of the planet, but the money obtained from the crimes also led to the creation of numerous complex issues in society and in the world, particularly resulted in money laundering, terrorism, human, drugs and arms trafficking.

The mechanisms the Royal Government formulated includes law amendments and enforcement, strengthen capacity and cooperation of inter-institutions, and raise awareness on negative impacts of illegal wildlife trade.
=FRESH NEWS
Cambodia Expats Online: Bringing you breaking news from Cambodia before you read it anywhere else!

How exactly does the illegal wildlife trade fund terrorism?

Are ISIS on rhino=horn powder?