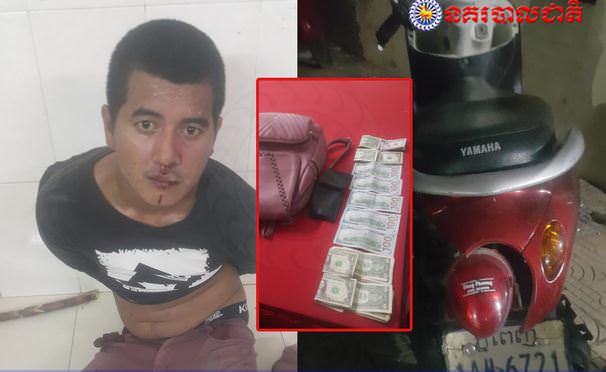 Phnom Penh, Cambodia News: Colonel Yim Saran, police chief of Por Senchey district, said the suspect, Psycho La Nan, 28, was arrested after he snatched a woman's handbag from the victim, Yeng Chek, a 26 year old factory worker, on September 18, 2018, at 7:30pm, Veng Sreng street, Khan Por Senchey, Phnom Penh. There was US$540 in the bag.
The man was taken to Por Senchey police post to have his bloody nose inspected before appearing before the court.
Cambodia Expats Online: Bringing you breaking news from Cambodia before you read it anywhere else!