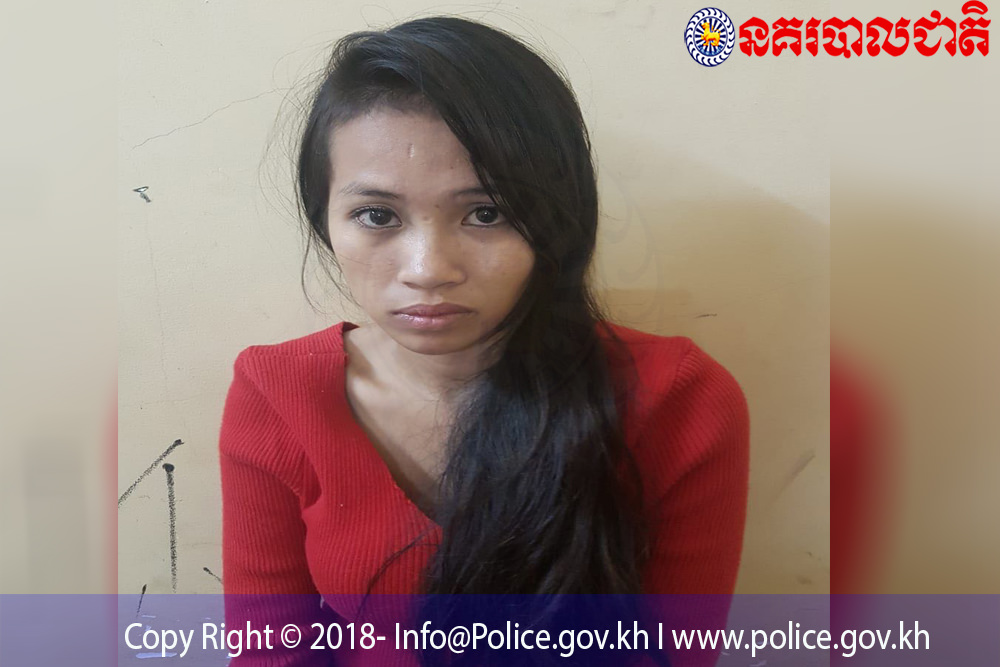 Phnom Penh: On June 18 at 11:10 am, a 27-year-old woman, Chea Sokthy, was arrested according to the order no.001, for procuring children for sex acts at DM apartments in 2017. The case was noted and approved by Mr. Kuch Kimlong, the prosecutor of Phnom Penh court.

Previously, the woman suspect had been detained in Prey Sar prison, but she escaped when the police took her to give birth at Kampear Meada hospital on November 18, 2017. She has been on the run since then, until her arrest in Phnom Penh yesterday.

The suspect has a British husband identified as Clive Robert Cressy, 69 years old, who was arrested for child abuse after four girls between the ages of 12 and 15 accused him of rape and sexual assault. The woman, Chea Sokthy, was charged as an accomplice who procured the children for her husband to abuse sexually. She is said to have convinced the girls to allow him to commit sex acts, in return for money. 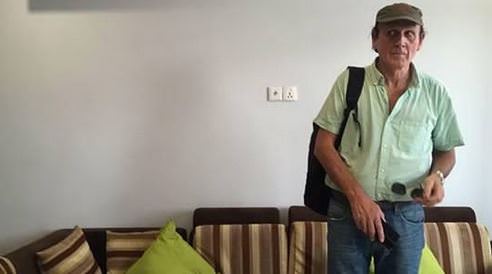 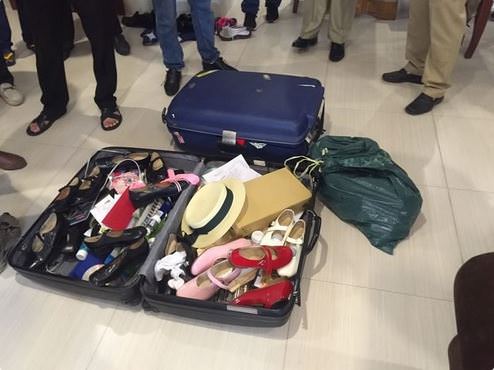 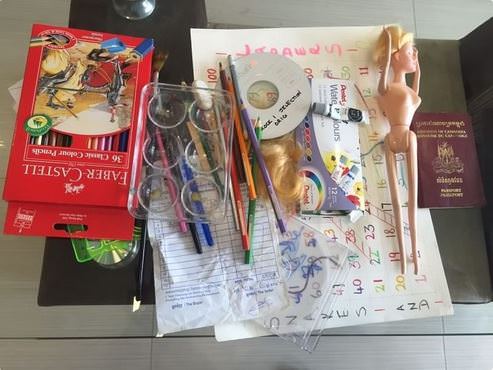 The BBC reports that Clive Cressy was charged with having sexual intercourse with underage girls, buying child prostitutes, and molesting a child aged under eight. He became briefly infamous when photos of his suitcase full of Barbie dolls and children's shoes were published in the press. 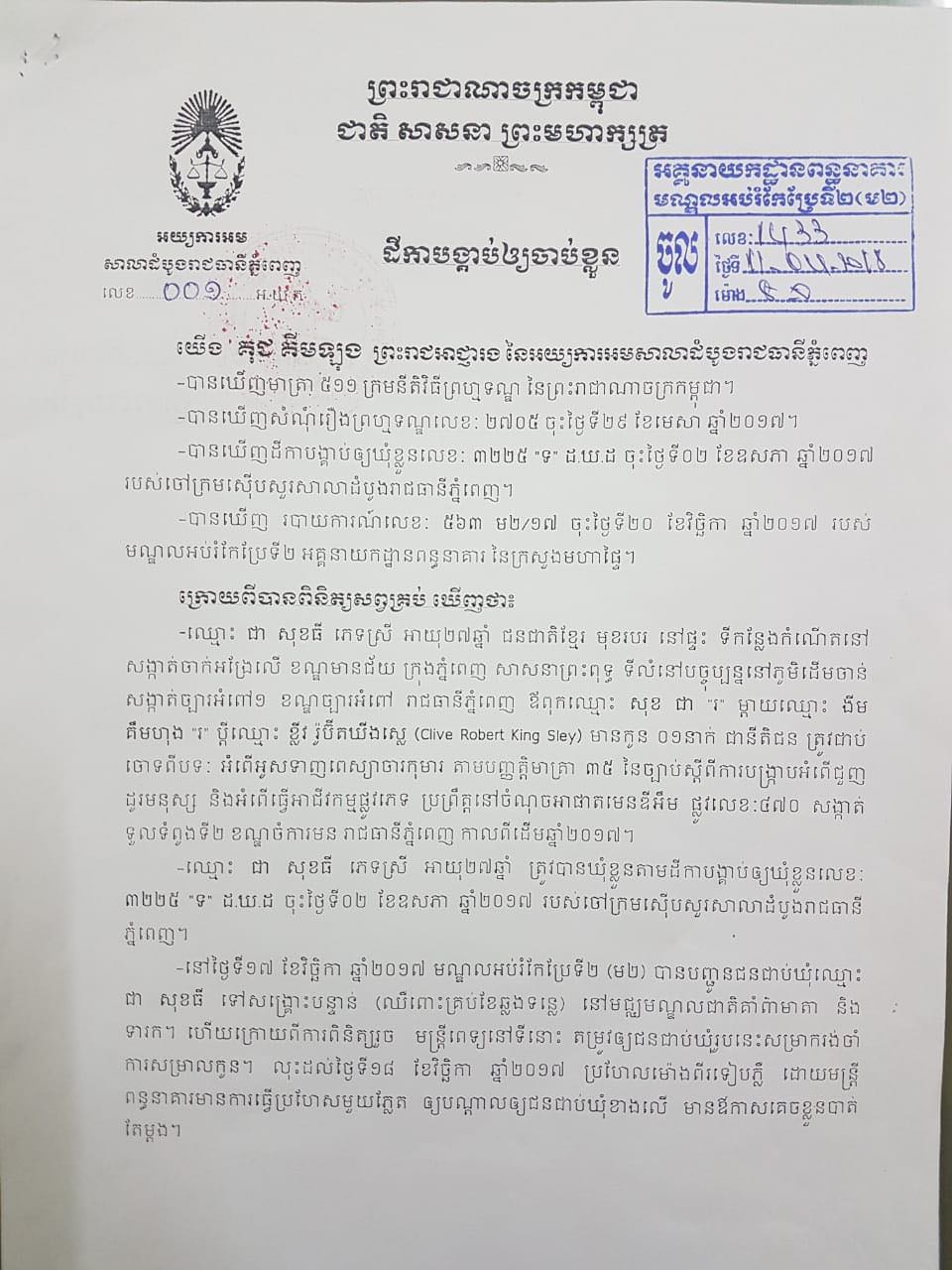 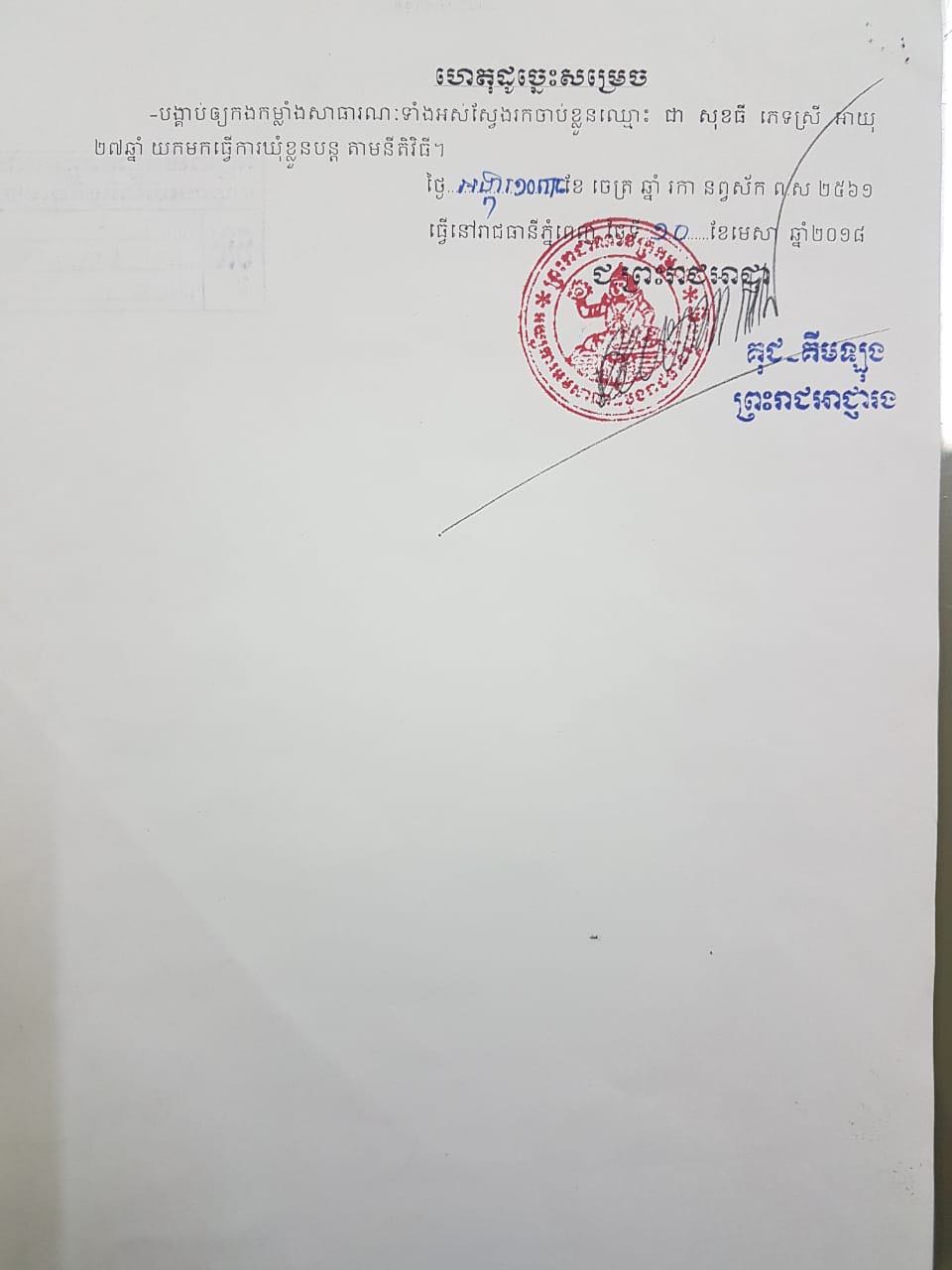 An earlier topic discussed here... newsworthy/british-doctor-clive-robert- ... 13326.html
Cambodia Expats Online: Bringing you breaking news from Cambodia before you read it anywhere else!

But, what happened to the baby?
Local media are asking questions about what happened to the suspect's baby after she escaped from the hospital, leaving it behind. What is also unclear, is whether or not the woman's husband, suspected pedophile Clive Cressy, is the father of the child.

Chea Sokthy, 27, escaped and disappeared on November 18, 2017. She had been taken from Prey Sar prison for the delivery of her baby at the National Maternal and Child Health Center in Daun Penh district. During that time, while the prison guards were sleeping in the bedroom, she escaped through the window, and disappeared, leaving the baby an orphan. And now it is not known whether the baby is being taken care of or not.

Currently, the suspect is being detained temporarily at the Chbar Ampov police station, waiting to be sent to the court tomorrow to continue the legal process.
Cambodia Expats Online: Bringing you breaking news from Cambodia before you read it anywhere else!

It has taken police seven months to find the escaped suspect, who was hiding out at her boyfriend's, where nobody thought to look for her.
NB: The Phnom Penh Post article below has incorrectly named her husband as British national Clive Robert Kingsley, instead of Clive Robert Kingsley CRESSY.

Escaped trafficker back in prison in the capital
20 June 2018 | 08:34
The pregnant wife of a British pedophile was rearrested and returned to jail in Phnom Penh on Monday after escaping detention while receiving treatment at a health centre, police officials said.

Chbar Ampov district police arrested Chea Sokthy, 27, after a warrant was issued by the Phnom Penh Municipal Court. She was originally held in April last year and charged with “soliciting for child prostitution” according to Article 35 of the Human Trafficking Law.

Phnom Penh’s Chbar Ampov district deputy police chief, Mao Soeut, said on Tuesday that the woman was found at her boyfriend’s home.
“We arrested her according to the warrant of arrest and are preparing to send her to court this afternoon,” Soeut said.

The warrant of arrest said Sokthy was detained at Prey Sar prison for soliciting child prostitution early last year. She was held along with her husband, British national Clive Robert Kingsley, 69, over prostitution charges last April.
https://www.phnompenhpost.com/national/ ... on-capital
Cambodia Expats Online: Bringing you breaking news from Cambodia before you read it anywhere else!

So this lady has a boyfriend and a husband? Which came first? The boyfriend or the husband?
Top
Post Reply Previous topicNext topic
4 posts • Page 1 of 1