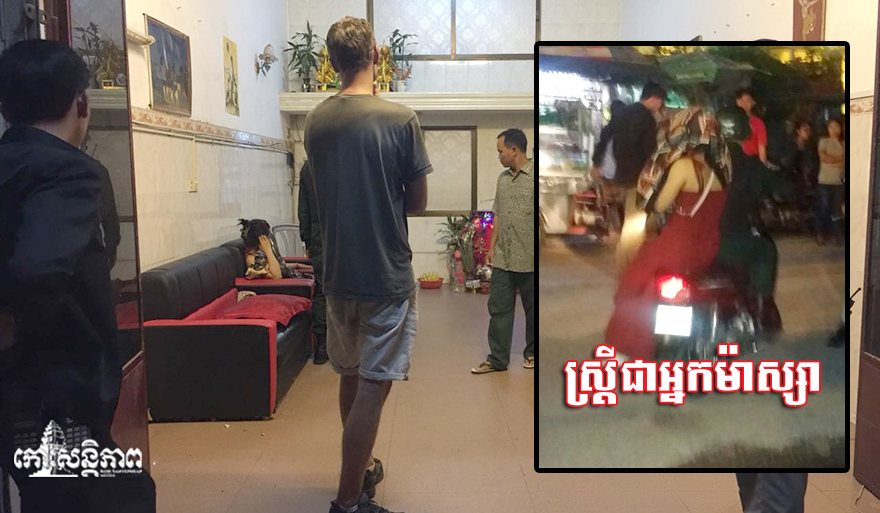 Phnom Penh: An uncomfortable foreigner goes to massage parlors at traditional Khmer brands while back out to charge Take the bag to see lost money of $ 1,000 off to the police arrested to detain massage parlor women to bring this event Occurred at 11:15 pm on May 23rd By 2018, at the point where Khmer Traditional Massage Shop is in Victory Market, Daun Penh District.
According to sources, before the incident, an acquaintance of an unknown foreigner over 20 years old did not know he was walking. From there, skeptics are not comfortable and look good to massage in a traditional Khmer brand massage place.
When visiting a massage, massage staff also told the foreigner to let him get out for massage for foreigners Then massage and walk out to reserve a bag of cash only when checking the bag and looking at the money in his wallet. At $ 1,000, foreigners were shocked to the United States Nutrition interventions interrogation and detention of women as a massage for foreigners to Daun Penh district police for further interrogation.

So: Phnom Penh: An uncomfortable foreigner went for a traditional massage at a Phnom Penh parlor, Khmer Traditional Massage Shop in, Daun Penh District.
After the massage was over, he checked his bag and discovered $1,000 was missing.
The incident was reported to police, who detained a massage parlor worker, at 11:15 pm on May 23rd, 2018.
Following the incident, the foreigner filed a complaint at the Daun Penh Inspectorate to allow the authorities to search for the missing money.
I actually don't give a flying fuck, furthermore nice to meet you all here!

Did he plan to go to Naga or to play poker to get this stash on him at 11pm ?
Don't forget the water buffalo
Top

i think the police must have an incredibly low opinion on the general intelligence levels of barangs when stuff like this happens.
Top

is this a translation error? where the heck is victory market? Never heard of it.
Top

If true I hope his $1K is gone gone. What an idiot!