Officer held over road rage
17 January 2018
A military officer was arrested yesterday by municipal police after he stabbed a 26-year-old truck driver in a road rage incident.
Keo Piseth, a municipal police officer, identified the suspect as Colonel Khath Nim, 36, a military officer with the National Counter-Terrorism Committee. He was arrested at about 1.30am in Toul Kork district after stabbing the truck driver, Nhean Touch, an employee of SP Company. 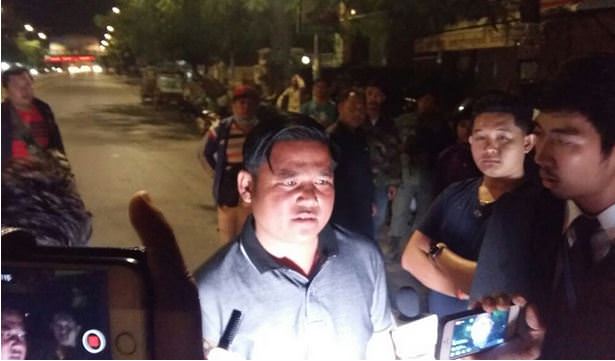 Mr Piseth said the suspect was driving his car and wanted to overtake the truck, but was blocked from doing so.
“The suspect, who was drunk, was angry at the victim for driving the truck in the middle of the street and not allowing him to pass,” he said. “He then chased the victim’s truck.”

“After catching up and stopping the victim’s truck, the suspect withdrew a pistol and threatened to kill the victim,” he added.
“He then stabbed the victim with a knife in the victim’s back, causing minor injuries.”

He said the suspect was later arrested by police on patrol nearby. After his arrest, police confiscated a pistol, bullets, as well as the suspect’s military ID card and car...
http://www.khmertimeskh.com/50102474/of ... road-rage/
Cambodia Expats Online: Bringing you breaking news from Cambodia before you read it anywhere else!