by Abc123
Italy spearheads initiative to limit rice imports to the EU. 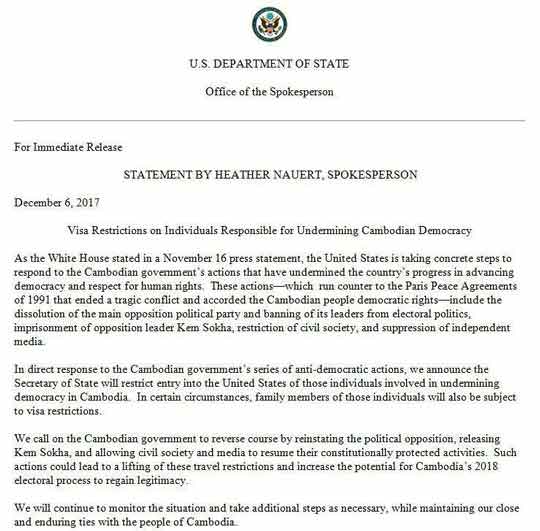 by violet
Yes, I feel as though I read somewhere about a week or so ago that there would be announcement like this today (6/7)

by John Bingham
The growers just want to protect their industry against cheap/subsidized imports, it has nothing to do with recent political developments.

John Bingham wrote: ↑
Thu Dec 07, 2017 12:24 pm
The growers just want to protect their industry against cheap/subsidized imports, it has nothing to do with recent political developments.

Agree with JB, did you (OP) read the article before posting it ? The OP link is all about EU trade politics. It has nothing to do with the Cambodian political situation:

Italy and seven other EU countries asked the European Commission on 24 November to allow them to limit rice imports from Cambodia, on the grounds of “protecting the Italian and European rice industry.”

In the past five years, European imports of rice from Cambodia more than doubled, negatively impacting the EU’s trade balance with this country (total imports of goods exceed exports by €3.9 billion in 2016).

Under the “safeguard clause” inscribed in the founding treaty of the European Community, when imports from a third country hurt the trade balance of any EU country, member states can request the Commission to introduce trade barriers “to remedy the situation”.

He went on to say that the issue is not only Cambodia but also Myanmar, whose rice exports to Italy increased by more than 700% in the first eight months of 2017.

by Abc123
The Italians have been pushing for it for a while now, but with no result from the EU. Could they be hoping that with the situation in Myanmar and Cambodia the EU will have to take them more seriously?


Under the “everything but arms” EU trade regime, less developed countries qualify for tariff-free, unlimited exports for all their products in the EU – except arms and armaments- provided they respect EU values such as human rights and labour rights.

I wouldn't be so quick as to discount it completely, and it may have a big impact on rice exports if the EU take more notice. It was also a bit of a joke as people have been wondering if anybody is going to do anything at all, and if so when. Seems like only the US ams Sweden so far.