As part of a citywide effort to crack down on bag snatching, tuk-tuk drivers across Phnom Penh are being drafted by police to chase after and turn in robbers, with the promise of a $100 reward per case, according to officials.

On Monday, a group of roughly 25 tuk-tuk drivers met with Tuol Kork district police, where they were told to speed after thieves, knock them off their motorbikes and bring them to police headquarters to gather a reward, said Horm Kea, chief of the district’s Boeung Kak I commune, who was at the meeting. Any damage to the vigilantes’ vehicles would be paid for by officials, Kea said.

“This is our encouragement to them for their contribution as a citizen,” District Police Chief Houn Sothy added.

According to Deputy Phnom Penh Police Chief Song Ly, the drafting is another facet of a plan to crack down on petty crime, following a call last week by National Police Chief Neth Savoeun for officers to push for attempted murder charges against theft suspects.

Haha. I wonder how many innocent riders will be accused of being a thief so the reward can be collected? Wish I had managed to pull the pillion off the back of the bike that tried to nab my gym bag yesterday. I might set myself up so I can get a reward.
Top

A hippie in Kampot named Ronald Faraldo is suggesting a $500 reward.

500 $$Reward for information leading to the arrest and conviction of any bag snatcher in Kampot area.

Please tell me if this idea is completely stupid. That is to make it more profitable to turn in a bag snatcher than committing the crime.

One must feel completely violated when this happens. It also can be very dangerous.

I for one would gladly contribute to this fund.

In another idea to counter the epidemic of bag snatching, the national police chief proposes toughening up theft charges and sentences for snatch and grab thieves.

Top cop urges heavy charges in petty thefts
24 October 2017
“HE Neth Savoeun, national police chief, encouraged [police] to file complaints against thefts on the streets [with charges of] attempted murder,” a recap of the meeting reads. He justified the instruction by saying light sentences do not deter criminals from reoffending.

Under the Criminal Code, petty robbery would carry a charge of “theft” or “theft with aggravating circumstances”, with a sentence of six months to three years in prison for the former, and five to 10 years for the latter.

Chin Malin, Justice Ministry spokesman, said police can suggest whichever charge they want, but only prosecutors can decide which is applicable.
http://www.phnompenhpost.com/national/t ... tty-thefts
Cambodia Expats Online: Bringing you breaking news from Cambodia before you read it anywhere else!

I wonder if you still get the payout if the perp is slightly......damaged...
Top

Better idea, issue ak 47 to all tuktuk drivers over 30 and let them shoot the fuckers on sight.
Guarnteed bag snatchers in a week, after a few killed, would be a thing of the past.
Sometimes drastic measures are called for
In a nation run by swine, all pigs are upward-mobile and the rest of us are fucked until we can put our acts together: not necessarily to win, but mainly to keep from losing completely. HST
Top

Strangely, I like the AK idea, with absolutely no gun training, fire discipline, or abuse allowed. :p

$500 and up gets more expensive (think draining) and the Tuk Tuk drivers could team up with a guy who will vacay in prison for a few hundred bucks split.

These cops are simple and underfunded. Not really stupid. Just blocked off by a strangulating lack of budget.
Melvin Udall: Never, never, interrupt me, okay?

Give them tuk-tuk drivers radios so they can work together to run the fucks over, then double the criminal penalties for the perp if the perp robs a tourist/foreigner like they do in Vietnam.
Top 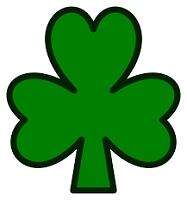 So this happens quite often??
it's nice to be nice!
Top

Quite often and not just to tourists. Gf's sister and bf were robbed a month ago by 6 guys on motorcyles
In a nation run by swine, all pigs are upward-mobile and the rest of us are fucked until we can put our acts together: not necessarily to win, but mainly to keep from losing completely. HST
Top
Post Reply Previous topicNext topic
21 posts