Breaking news from Cambodia can be found here. CEO often finds Khmer news and translates it into English for our readers if it is interesting to expats, locals, Cambodians living abroad and anyone who wants to stay informed of the latest local and international news stories about Cambodia and our neighbors in South East Asia. There are many sources for Khmer news articles and they can all be found here in one place. Most of the media comes out of Phnom Penh, Siem Reap or Sihanoukville, but we cover national Cambodian news from all provinces.
Post Reply Previous topicNext topic
38 posts

The owner of a Sihanoukville pharmaceuticals factory and one of his employees were provisionally charged with drug trafficking on Sunday after ketamine was found inside computers being shipped from the company, with more drugs later found at the factory, police said.

Lin Guo, a 28-year-old Chinese national and CEO of the Health Phat Pharma company, was arrested at the firm’s factory in the Sihanoukville special economic zone on Wednesday, said In Song, an officer at the Interior Ministry’s anti-drug department. He has been detained along with Cambodian employee Yorn Pov, 34, at the department since last week and would appear at the Phnom Penh Municipal Court today, Mr. Song said.

About 92 grams of the drug—used medically as an anesthetic and recreationally as a hallucinogen—was found last Monday inside more than 1,000 sealed bottles labeled with the company’s name inside the computers, which were being shipped to Malaysia through Phnom Penh International Airport, he said.

“Because of the problem of him hiding [them], that’s why we noticed it,” Mr. Song said. “If it was legal, and he stored them properly, no one would have noticed.”

The bottle labels led police to the company’s factory, where nearly 1 kg of ketamine was found, he said. Under questioning, Mr. Lin confessed to exporting the drugs without a license, claiming that a customer in Malaysia urgently needed the product, Mr. Song said...
https://www.cambodiadaily.com/news/two- ... ry-126433/
Cambodia Expats Online: Bringing you breaking news from Cambodia before you read it anywhere else!

devistating for the man

Nah, he got out just in time. 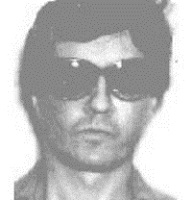 Had no problem buying in the pharmacy in Sihanoukville thru march 5 2017 though had to pay $40 per vial.
Found a pharmacy in Phnom Penh selling it for $30 per vial. After having wasted $20 by buying 6 for
$200 from Angkor Chey pharmacy which is the only place i used to know of in Phnom Penh till i asked at another pharmacy intersection streets 13 and 148 2 days before i left which sells it for $30 per vial but only bought 4 from there march 10, 2017. It could be those pharmacies were/are getting it direct from the manufacturers in Germany and had nothing to do with this bust ? Perhaps this bust was for someplace converting the liquid to solid powder form ? Would like to know for sure though.
Top

hell, there is money to be made with that 10 bucks markup in PP. A weekly run perhaps?

A pharmaceutical company that makes drugs, who would have guessed?

if you could get rid of the downer gangs, the upper gangs, the alchies, smackies and all the nasty businessmen snvl wouldn't be such a bad place. i guess its just a sign of the times. Trump should help.
"Can you spare some cutter for an old man?"
Top

i was told you can get it for under 10 bucks. that's quite a mark up for ignorance or greed - you decide.
"Can you spare some cutter for an old man?"
Top

Why did he put his company's label on them then?
Ex Bitteeinbit/LexusSchmexus
Top
Post Reply Previous topicNext topic
38 posts