At a bustling construction site in the heart of Phnom Penh, the women stand apart, separated from their male co-workers by more than just their brightly-colored, mismatched clothes that jump out against the concrete-gray surroundings.

As they shovel sand and rocks into bags, men wield power tools. As they sweep the job site, men paint walls, set plumbing pipes and wind electrical wires through the luxury apartment project that’s climbing above the trees on the corner of streets 228 and 55 in Daun Penh district.

by Jamie_Lambo
Horray for the Female Construction Workers

i'd have them labour for me any day

by Anchor Moy
Article from earlier in the year on the women building the roads in Myanmar. Many similarities to Cambodia - most of these women have kids, are unskilled, are paid less than the men etc. 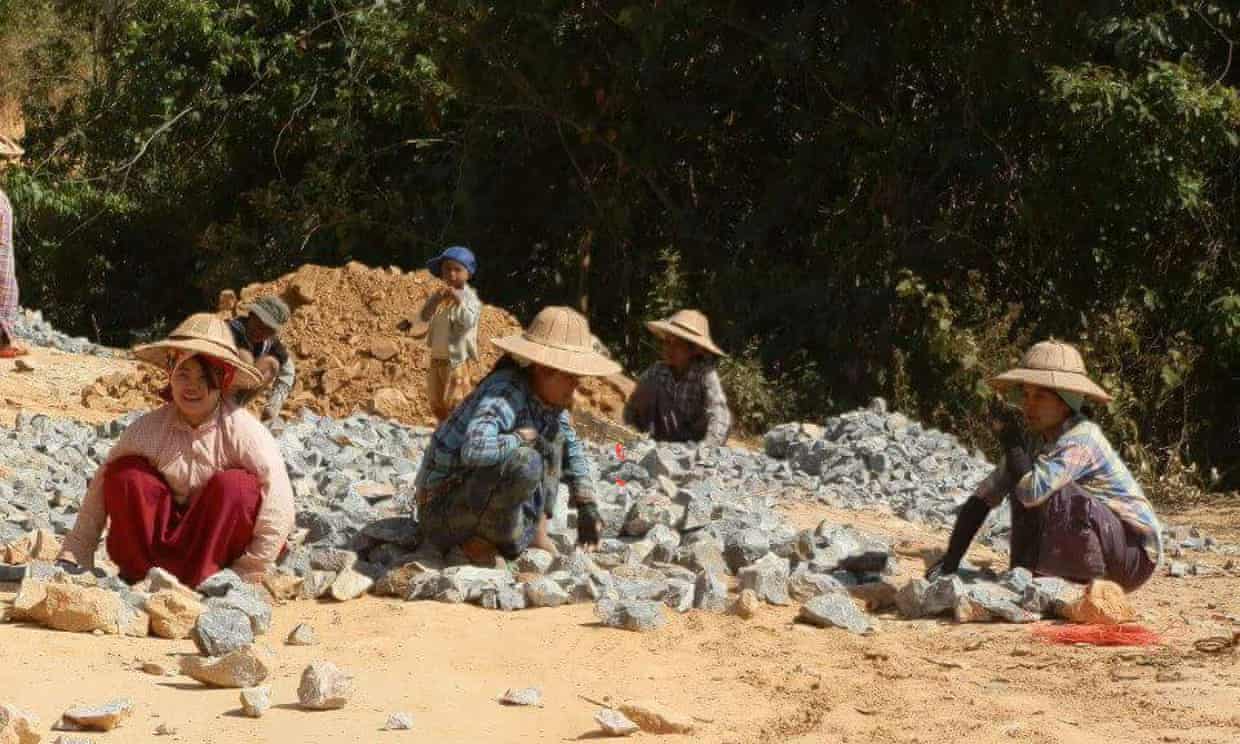 On the road with the women building Myanmar

Female construction workers are commonplace on Burmese building sites. Are they empowered or exploited?

Conservative values and decades of military rule have limited women’s voices, but contradictions abound when it comes to gender equality in Myanmar. The building sector exemplifies this. The political transition to democracy is accompanied by a construction boom, with new roads winding through the countryside and buildings springing up in the biggest cities. Women make up a striking portion of the labour force – a position that empowers them, but also exposes them to the risks of a loosely regulated environment.

by bolueeleh
reminds me of that charlize theron movie where she works in a mining company n was sexual assaulted, harassed n discriminated

by Duncan
More women at work. Building a road at Kep. not the prettiest of construction workers ive seen

not the prettiest of construction workers ive seen

by cptrelentless
Well, it's a first for me seeing something today - the woman in the cartoon jim-jams appears to be wearing safety boots.
All times are UTC+07:00
Page 1 of 2
Powered by phpBB® Forum Software © phpBB Limited
https://www.phpbb.com/