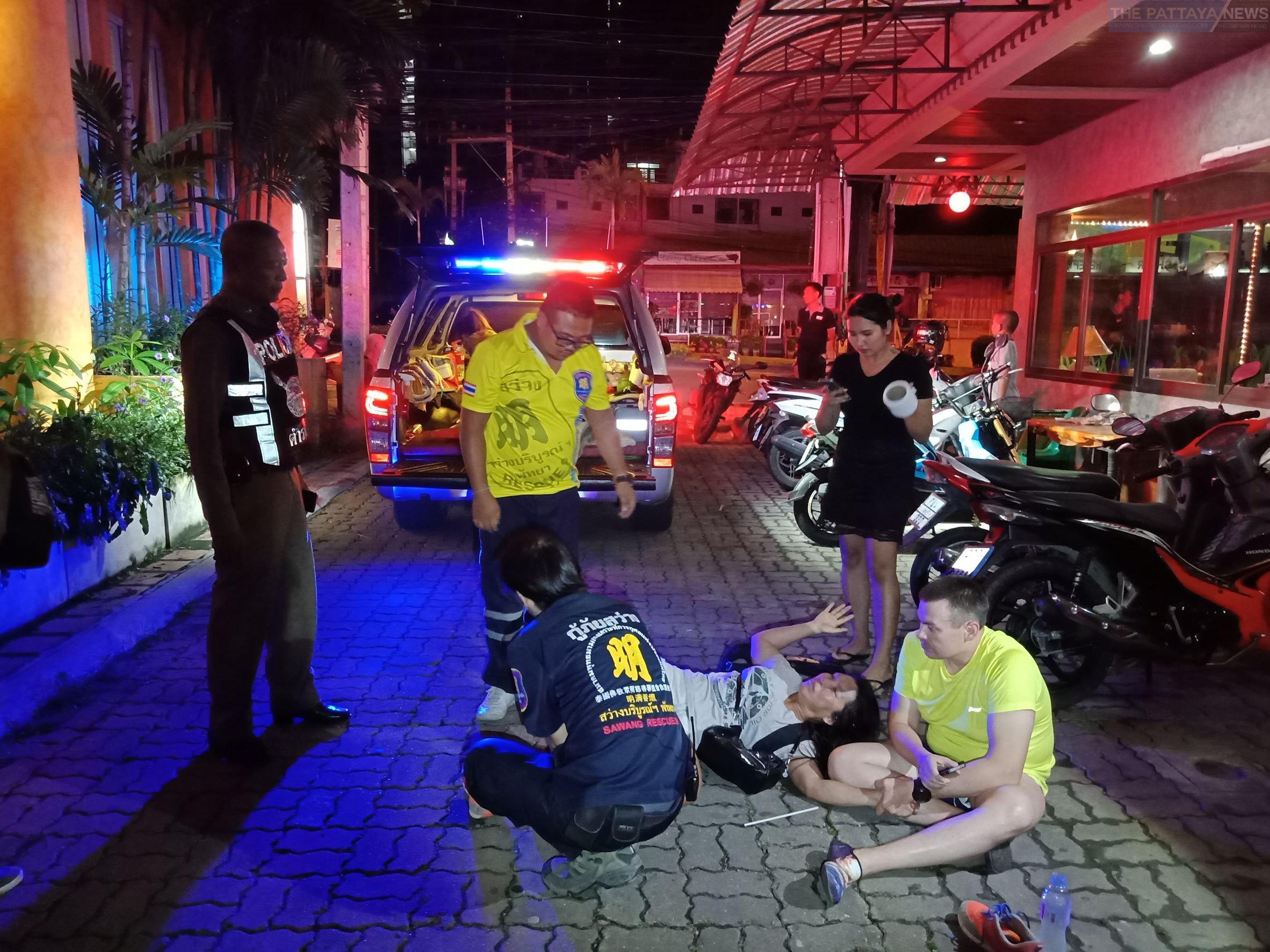 Pattaya – A Thai woman has been injured after being kicked by her foreign boyfriend in Pattaya this morning during an argument.

The Pattaya City Police was notified of the incident at 5:30AM in Soi Thep Praya 1. Police, emergency responders and The Pattaya News rushed to the scene.

The Thai woman, 45 year old Panprapa Promnok, was crying with pain. She had broken her left leg. She was taken to Bang Lamung Hospital.

A witness said the couple was arguing before the foreign man kicked the woman’s leg.

Ms. Panprapa had just reported to the Pattaya City Police about alleged missing items after she had argued with Mr Thompson’s alleged new girlfriend.

Ms Panprapa came back from the police station to talk with him but they had a serious argument.


They let him ride in the ambulance with her! Crazy

by DaveG
I think this requires an urgent referral to MARAC with the young lady receiving assistance from IDVA !!!

Or maybe they will just come to some agreement over a couple of beers.