Thailand is Cambodia's neighbor to the West, and this forum is dedicated to Thai news, stories, reviews, blogs, videos, Thai people and anything else related to the country. A lot of expats have both lived and worked in Cambodia and Thailand, and this area is a place to discuss all aspects of life in Thailand and what's going on there. Most topics are about Bangkok and Pattaya because of their larger populations of expatriates and tourists in those cities, but this is for all things Thai.
Post Reply Previous topicNext topic
8 posts • Page 1 of 1

15 August 2017
- Security guards at a hospital in rural Udon Thani province today busted a Thai man stealing women’s panties which were hung out to dry in the sun. The guy claimed that they were a gift for his girlfriend.
Narin Prasertkaew, 38, was charged for theft. In his possession, police found four pairs of nylon panties in different colors, which belonged to the relative of a patient at Udon Thani Hospital. 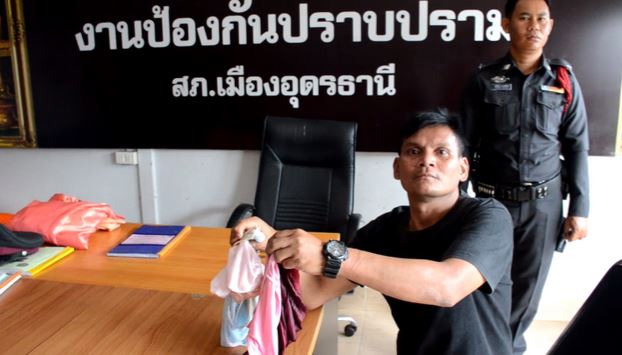 Narin told police that he had been laid off from a job at a gas station two months earlier and had been asking for food at the hospital. Today, however, he spotted the panties, which reminded him of his Laotian girlfriend.
Because his girlfriend’s panties have holes in them and he loves her very much, Narin took a risk and stole the panties so his girlfriend would have beautiful underwear.
“I stole them for my girlfriend. Her panties have holes in the butt area,” he told the police.

Narin Prasertkaew had a strange hobby


Is this a standard question asked by the PP police?

What if he had been caught stealing tires or chickens?

He steals fleshlights too... but only for the articles.

Reminds me of a saying my mum had. "don,t come home with your nickers all torn and say you found a shilling"

CEOCambodiaNews wrote: ↑Thu Aug 17, 2017 1:21 amBecause his girlfriend’s panties have holes in them

Thank you for contributing to this long-dead thread. You made some excellent points there. 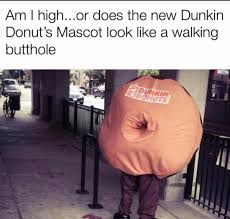