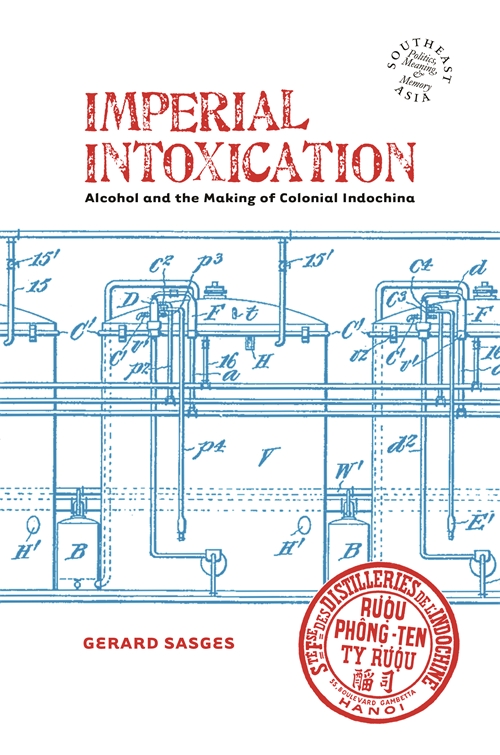 In the late nineteenth century, as the French colonial government was consolidating its control over Indochina, the state set up the infamous alcohol monopoly: a repressive regime in which only state-sanctioned alcohol was permitted to be produced, distributed, and sold. The goal was to create a steady source of revenue during a period when French colonies were required by metropolitan law to be fiscally independent. Under the alcohol monopoly, the state imposed an onerous tax, forced provinces to fill quotas for alcohol sales, and brutally suppressed all homemade alcohol or bootleg trade of alcohol.

Gerard Sasges’s Imperial Intoxication: Alcohol and the Making of Colonial Indochina is the first study to investigate the alcohol monopoly and its role in maintaining colonial rule: how it was set up, financed, maintained, and finally dissolved. Sasges argues that the monopoly developed out of scientific advances, industrial alcohol production, and state involvement in the local economy. Although it was designed to generate revenue for the colonial government, it ended up having significant bureaucratic and political costs, as Sasges demonstrates.

Meticulously researched using French and Vietnamese language sources from archives in Vietnam, Cambodia, and France, Imperial Intoxication is the first study of the colonial alcohol monopoly. The chapters of the book are arranged topically and follow a loose chronology that begins with the early days of colonization in the mid-nineteenth century and ends with the collapse of the alcohol monopoly in the late 1930s.