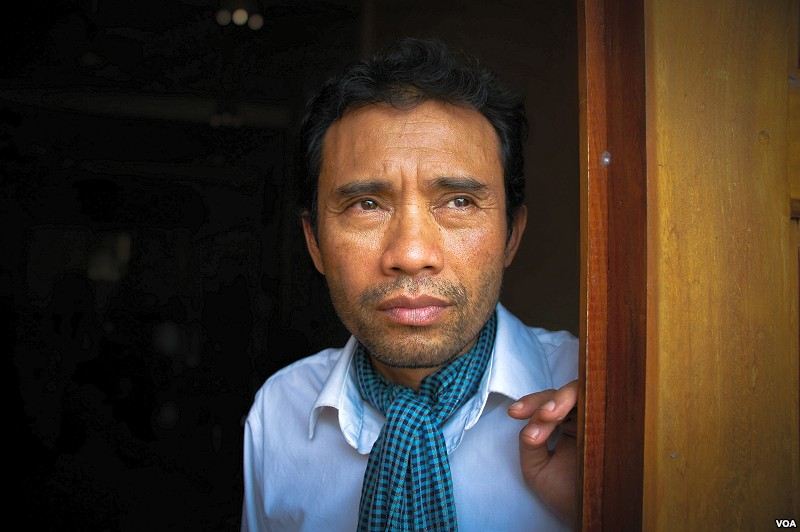 It is near impossible to understand present-day Cambodia or its arts without learning about Arn Chorn Pond and his flute.

Born in Battambang, Cambodia in 1966, his legendary family ran an opera company that performed throughout the country. He was age nine when the Khmer Rouge came to power. They took him from his family and sent him to Wat Aik, which was a Buddhist temple converted into a death camp for children. Children were starved as they were forced to work in the rice fields from 5 am until midnight. They were executed for being sick or ‘too lazy’. He watched his friends being murdered daily. He survived it solely because he learned to play propaganda music on the flute and the khim (a Cambodian hammered dulcimer) from an elder master.

America was overwhelming for a teen-aged genocide survivor immersed into a high school environment that was callous, mocking and indifferent to him. His classmates knew nothing about Cambodia or America’s illegal and brutal bombing of it. With the urging of his foster parents and English teacher, he found the strength to share the worse things about himself and begin the healing process.

Returning to his homeland, he searched for the surviving masters of music and was devastated by the conditions he found them in. He found his former teacher and began to rebuild the artistic legacy of his nation. In 1998, along with a group of dedicated people from the US, he created the Cambodian Masters Performers Program, which grew into Cambodian Living Arts

Villages gather for a performance by the Khmer Magic Music Bus. CLA describes The Bus: Our twenty-five passenger bus carries master musicians and their students to the villages of rural Cambodia so they can share the experience of listening to and learning about their musical heritage. The project directly pays Khmer artists, music/video technicians, and the bus driver as well as covering all management, planning and travel expenses for the Khmer team.