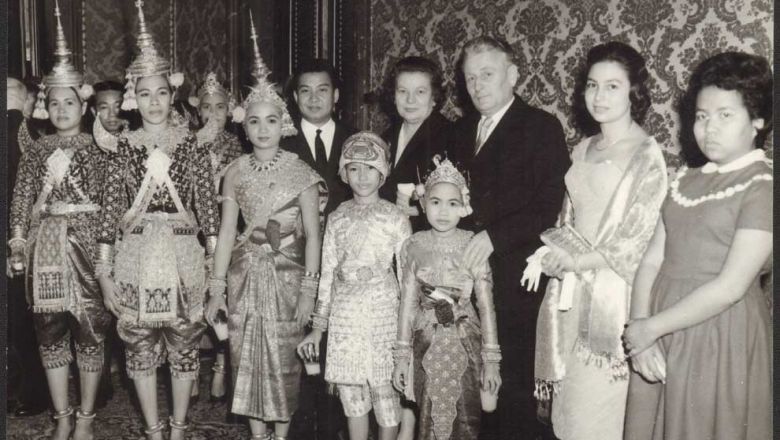 Currently hanging on the walls of the National Museum of Cambodia in Phnom Penh are rare black and white photographs of Cambodian royalty with Czech leaders, depicting the history of relations between the two countries.

One of the photos, taken in January 1963, shows then Prince Norodom Sihanouk with Cambodian Royal Ballet performers in honour of the visit of Czechoslovakian President Antonin Novotny to Cambodia.

His Majesty King Norodom Sihamoni is fluent in Czech having spent most of his childhood in Prague where he studied classical dance and music at the Academy of Performing Arts.

Another interesting photo that illustrates the cultural relationship between the Czech Republic and Cambodia depicts President Novotny congratulating Princess Norodom Buppha Devi, daughter of then Prince Norodom Sihanouk, for her leading role in a Royal Ballet performance.

The Czech Republic & Kingdom of Cambodia – Ties in Time exhibition is being held at National Museum of Cambodia on Street 13 (Preah Ang Eng) in Phnom Penh.

The exhibition is open to the public until October 31.
https://www.phnompenhpost.com/lifestyle ... -relations
Cambodia Expats Online: Bringing you breaking news from Cambodia before you read it anywhere else!

Users browsing this forum: No registered users and 166 guests