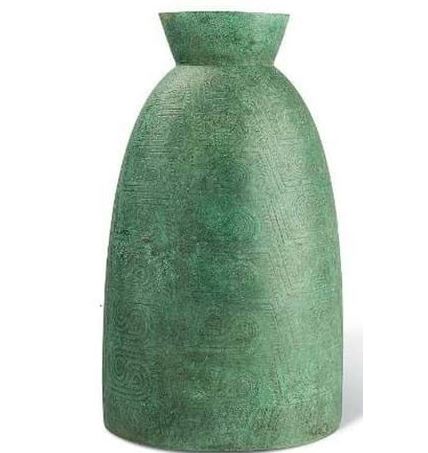 Made in the Battambang province sometime between the 2nd century BC and 2nd century AD, the 23in (58cm) high bell features overall decoration with geometric scrolls in low relief.

A similar example of almost identical height is in the British Museum. Known as the Klang Bell, it is a product of Dong Son culture, named after a site in northern Vietnam.
https://www.antiquestradegazette.com/pr ... christies/

by Barang_doa_slae
Magnificent object whereas it probably was ugly sourced.

The barely visible carvings reminds me of one of the most mysterious antic I bought here. That is a top of a bronze drum the size of which I ever only saw in the Luang Prabang museum where they have 2 complete ones. I am talking about a 40kg hand carved bronze piece I bought in my early days for a couple hundred bucks which even then wouldn’t make much sense if a copy considering the cost of bronze and the intricate hand carving work.
All times are UTC+07:00
Page 1 of 1
Powered by phpBB® Forum Software © phpBB Limited
https://www.phpbb.com/