Traditional Khmer kite flying festival returns in Svay Rieng
20 December 2018
Now Cambodia has entered December, the coldest month of the year. The cool and windy weather is the perfect time for flying kites, an ancient Khmer tradition that many in the Kingdom are striving to keep alive.

Kites have a long tradition in Khmer folklore and have always represented a symbol of freedom. In one tale, a Khmer man who was imprisoned by a Chinese king secretly created a kite that made a peculiar sound when he flew it from the window of the tower in which he was being held. Legend has it that the sound frightened the king, who promptly released the man.

Keeping this tradition alive today is the Khmer Kite Flying Festival. In its 22nd year, the festival will be celebrated by kite flyers hailing from Cambodia’s 24 different provinces [and Phnom Penh city] competing at Svay Rieng province’s Svay Rieng High School on Friday.

The ministry’s deputy director of culture and development Roeurng Sareth – a Kleng Ek kite artisan himself – said a “winner will be selected from two competitions based on different creative categories of Kleng Ek or Kleng Pnorng”.

Kleng Ek is a traditional Khmer style of kite that can produce seven different tones out of a musical bow. It is more than a metre long and a metre wide, and in the modern era they have been decorated with different pictures honouring the provinces and cities that it represents.

The first competition will focus upon the musical sound the kite produces, its beauty and how smoothly it manoeuvres. The second competition will focus more heavily on the technique used to make the kite, its design, and how well it flies.
https://www.phnompenhpost.com/post-life ... svay-rieng
Cambodia Expats Online: Bringing you breaking news from Cambodia before you read it anywhere else!

Where is Svay rieng? I guess this has already happened?
Top

Yes, it's been and gone. Maybe next year ?
December 28, 2018
Up, up in the sky
Kite festivals have always been celebrated around the world, attracting thousands to witness colourful and huge kites invade the blue skies and dance with the wind. But in Cambodia, kite flying goes beyond being a source of entertainment and fun; it is, as a matter of fact, an ancient tradition that is celebrated vibrantly every year.

Before Cambodia welcomed modern music and EDMs into their smartphones, laptops and iPods, everyone was engrossed with the sound of kites. Yes, kites. Flying kites became very popular during the time of the French, with almost every village making its own, unique kite and all villagers came together to hear its sound as it danced with the wind. This tradition has been kept alive through the years despite technological and social changes.

On a windy morning in Svay Rieng on December 21, hundreds of Khmer-style kites flew up on the skies for the 22nd Khmer Kite Flying Festival. The festival, held with the cooperation between the Ministry of Culture and Fine Arts and the Department of Culture and Fine Arts of Svay Rieng province, began with the Chai Yam dance as the sounds of Khmer traditional instruments reverberated around Svay Rieng High School.
https://www.khmertimeskh.com/50563741/up-up-in-the-sky/
Cambodia Expats Online: Bringing you breaking news from Cambodia before you read it anywhere else! 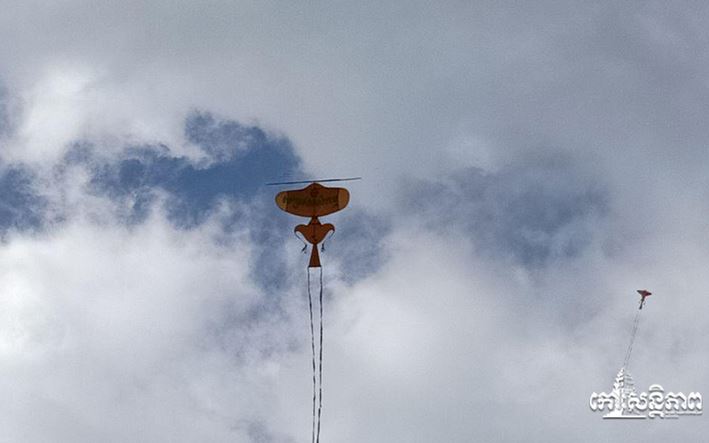 Kep, Cambodia News: On the morning of December 30, 2018, the administration of Kep held their annual kite-flying competition to celebrate the New Year.
Mr. Tong Hong, Director of Kep Department of Culture and Fine Arts, said that a total of 261 kites took part in the contest this year. 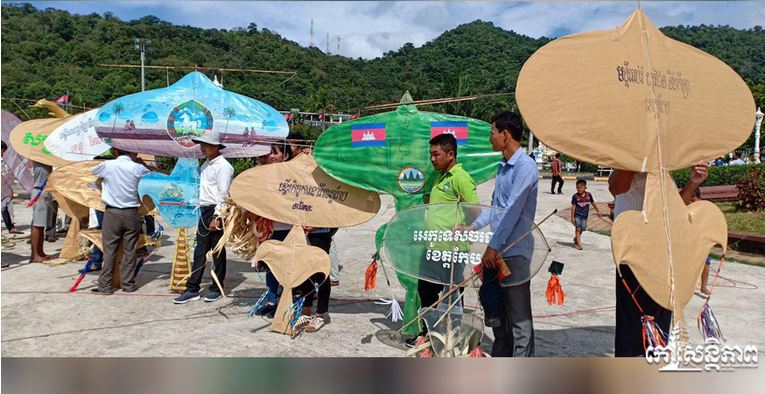 Users browsing this forum: No registered users and 57 guests