It certainly wasn't the end of the problems here but it did mark the day when Pol Pot's government was ousted and lost power. It might have taken another twenty years to find peace but this was a great start. 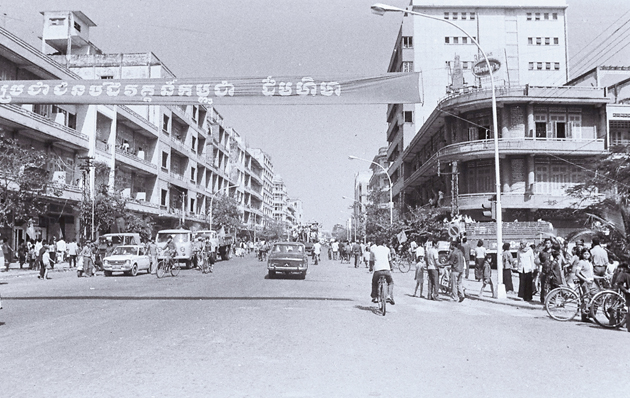 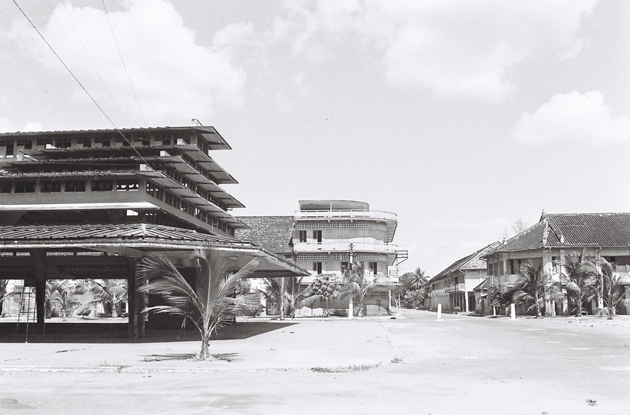 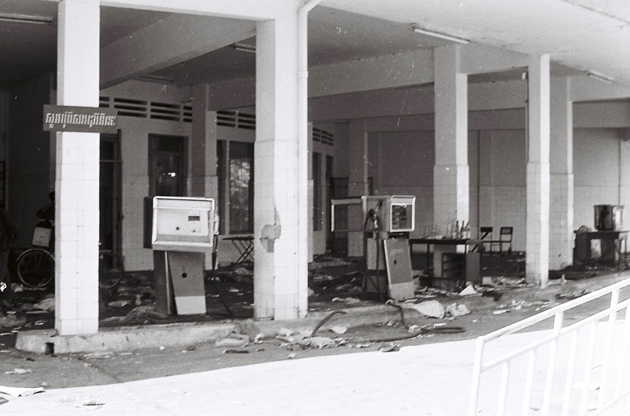 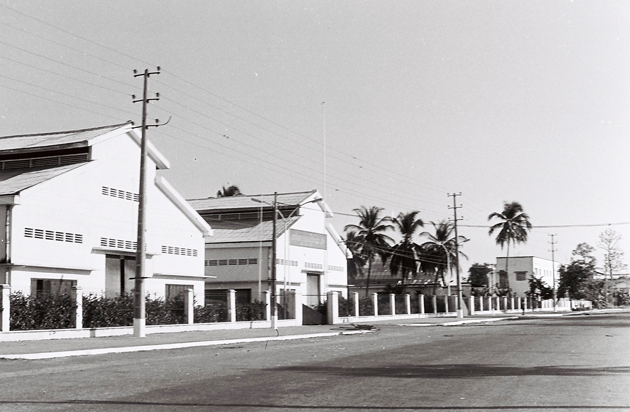 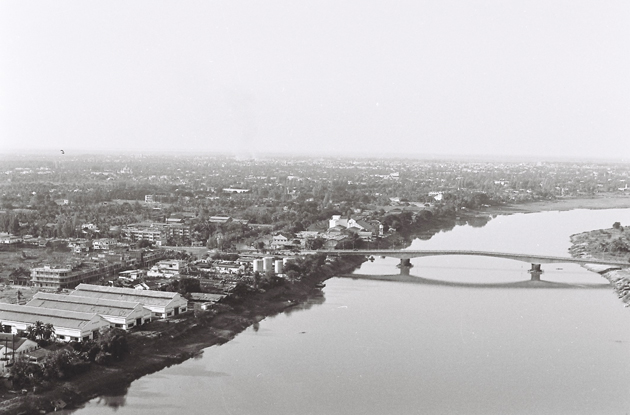 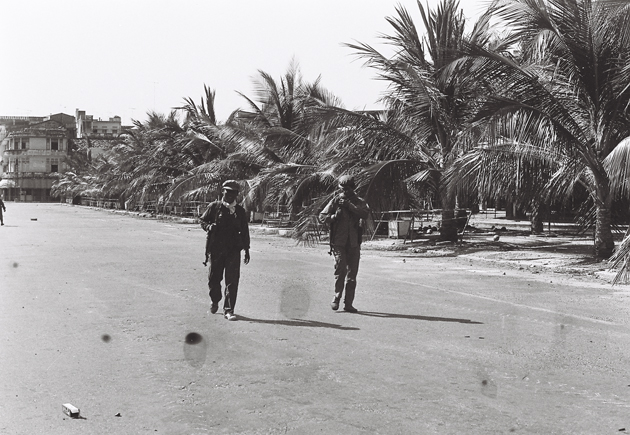 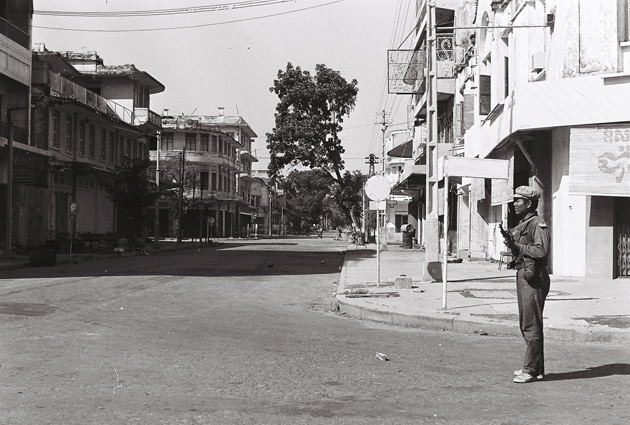 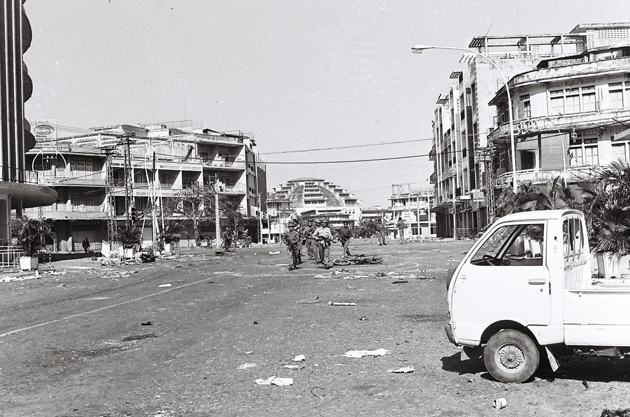 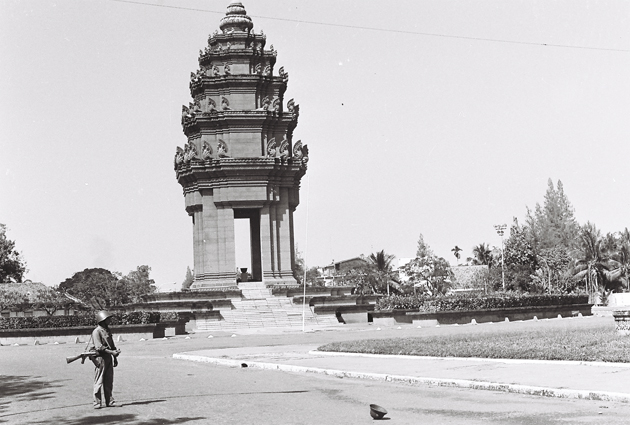 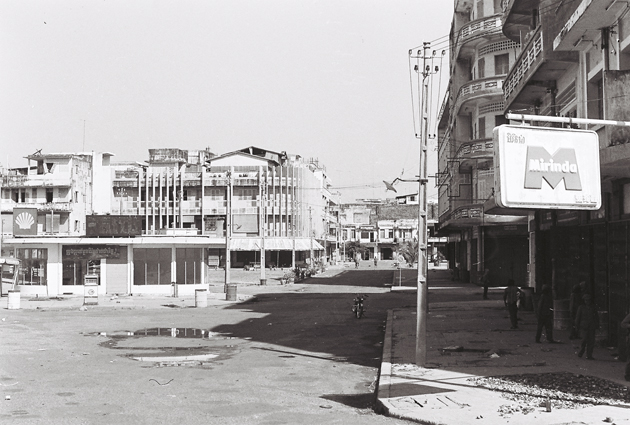 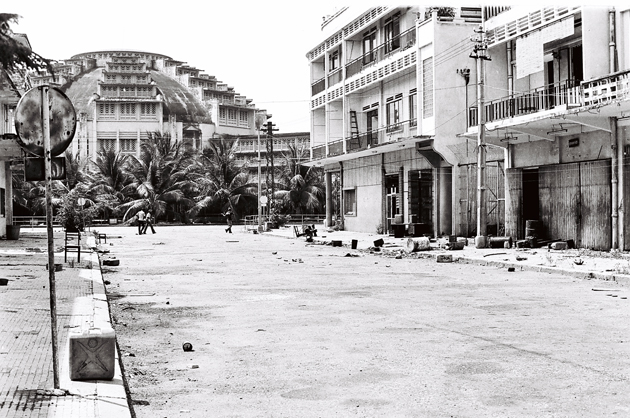 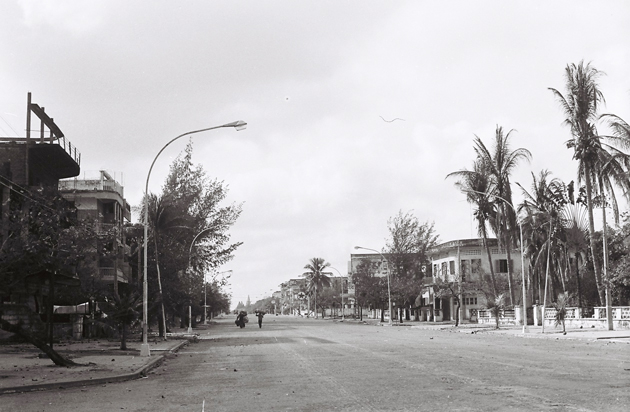 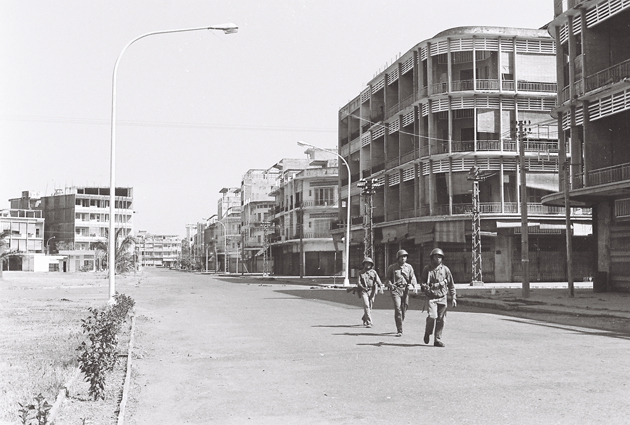 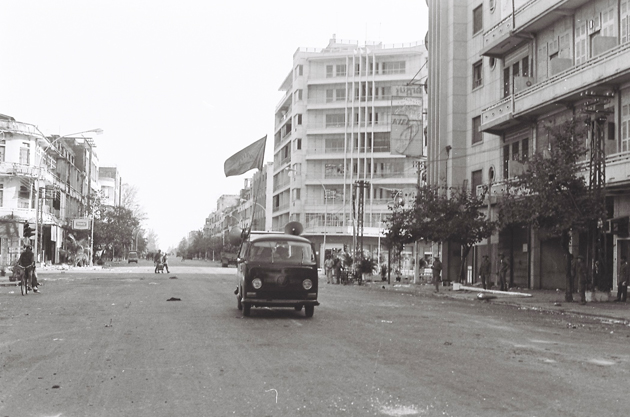 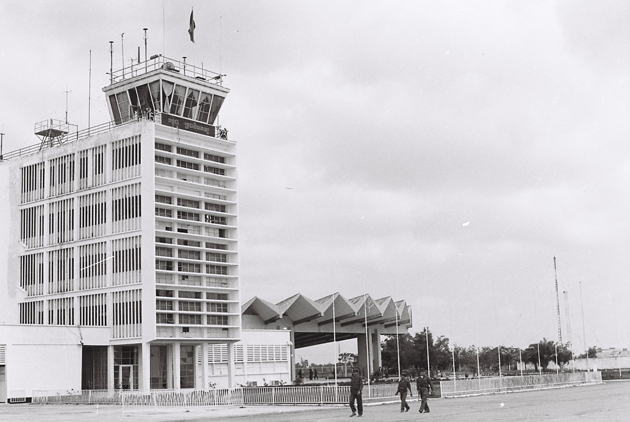 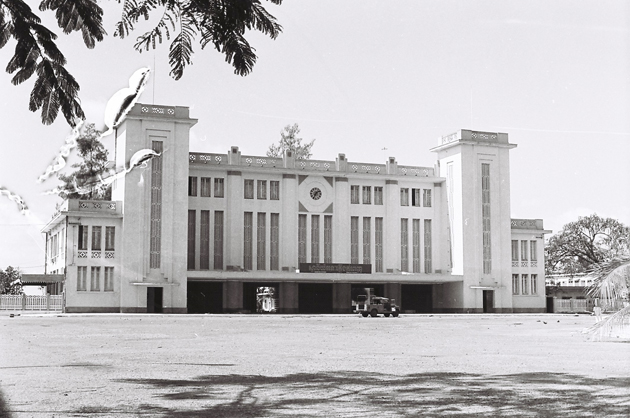 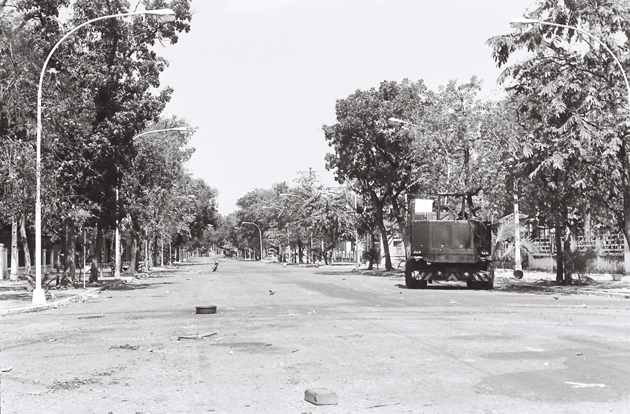 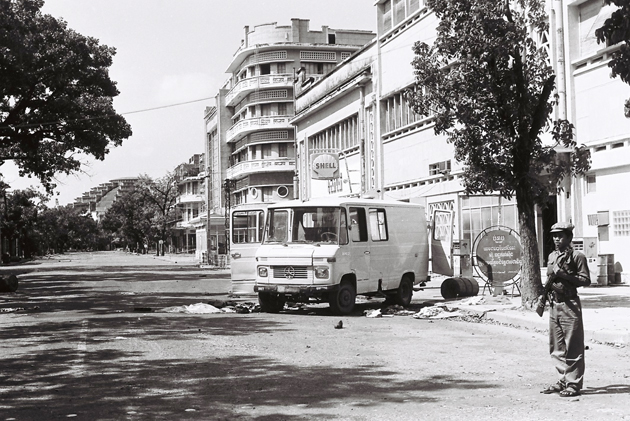 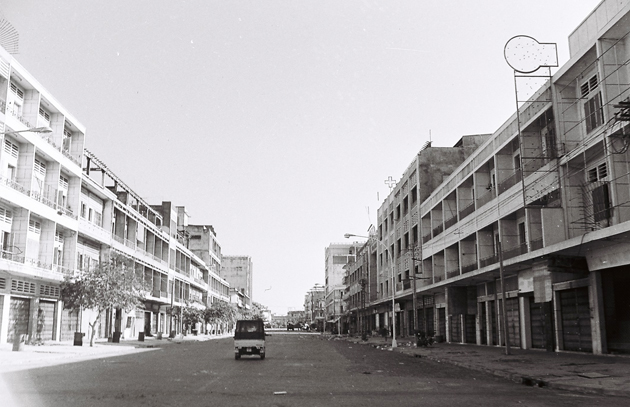 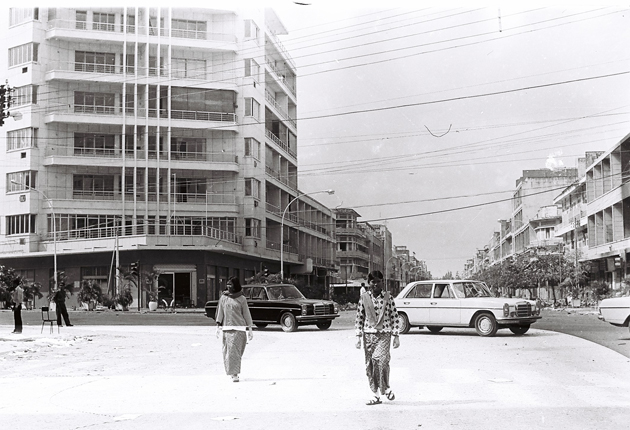 Khmer Rouge fall still dominates Cambodian politics 40 years on
Large celebrations set to take place in Cambodian capital to mark 40th anniversary of 'Victory Over Genocide Day'.
by George Wright
7 Jan 2019
Phnom Penh, Cambodia - Forty years ago on Monday, Vietnamese tanks rolled through Phnom Penh, a city that had been a near ghost town during the Cambodia genocide, to signal the overthrow of the regime of Pol Pot, the ultra-communists' leader who managed to escape in a jeep at the last minute.

It was the end of three years, eight months and 20 days of terror that had resulted in the deaths of an estimated 1.7 million Cambodians.

Large celebrations will take place at the Cambodian capital's Olympic Stadium on Monday to mark "Victory Over Genocide Day". Prime Minister HE, a former Khmer Rouge commander who defected and helped overthrow them, is expected to deliver a speech lauding January 7 as the moment the country was saved from Pol Pot's murderous clutches.

But while on the surface the overthrow of one of the 20th century's most brutal regimes should be a reason to celebrate, Cambodian politics are not as straightforward.

The invasion had been in response to ruthless cross-border killings by the Khmer Rouge in Vietnam. Vietnamese forces, who were assisted by a far smaller group of former Khmer Rouge defectors, overthrew the Pol Pot regime with relative ease, although the civil war trudged on for another two decades.

But rather than see the day as a liberation, the ruling party's detractors, including Sam Rainsy, the exiled acting leader of the dissolved opposition Cambodia National Rescue Party (CNRP), have branded January 7 as the start of an occupation by an historic enemy.

Vietnamese forces did not leave Cambodian soil until 1989 and during that period installed HE as prime minister, a position he has retained since 1985.

"Whatever they might say in private, the country has virtually no political figure who acts and speaks independently of these two views," reads the 2017 paper Moving Beyond The January 7 Narratives by the Future Forum think-tank.

"Even today, Cambodian politicians, from Prime Minister HE and opposition leader Sam Rainsy on down, spend much of their energy fighting an old civil war which has little relevance to the problems facing most of Cambodia's 15 million people."

https://www.aljazeera.com/news/2019/01/ ... 55551.html
Cambodia Expats Online: Bringing you breaking news from Cambodia before you read it anywhere else!

40 Years Ago, Vietnam Steamrolled the Genocidal Khmer Rouge of Cambodia in a Lightning War
The invasion brought an end to the Khmer Rouge’s monstrous genocide, but not to the war itself. The Khmer Rouge waged a bloody guerilla resistance war against the Vietnamese and their Cambodian allies, assisted by two more Western-aligned resistance group.
by Sebastien Roblin

The fall of Saigon by North Vietnamese forces on April 30, 1975, was preceded two weeks earlier by another Communist victory: the capture of Phnom Penh to the Khmer Rouge.

Yet less than four years later, Vietnamese troops would engage in a second conquest—this time targeting its erstwhile allies, using many of the tanks and aircraft it captured from South Vietnam.

The Khmer people of Cambodia have ethnic ties to southern Asia and practice a hybrid Buddhist-Hindu faith. Just as the Vietnamese historically resisted imperial occupation by China, the Khmer historically were subject to foreign encroachment from Vietnam.

The Khmer Rouge had been formed by a clique of Marxist students educated in Paris in the 1950s and 1960s, adopting a uniquely extreme ideology combining fervent Khmer nationalism with Maoist-style communism, which emphasizes revolution by the rural peasantry rather than an urbanized working class.

However, the Khmer began with only limited domestic support in Cambodia. Their conquest of Phnom Penh was only possible with aid from North Vietnam, which armed and organized the Khmer Rouge to so it could infiltrate its forces through Eastern Cambodia with less interference from the politically-divided Cambodian government. A massive bombing campaign by U.S. warplanes devastated rural Cambodia, delaying but failing to prevent a Communist victory, and may have increased pro-Communist sentiment amongst the peasantry.

The ruling clique renamed their country the Democratic Republic of Kampuchea and implemented a spectacularly self-destructive and brutal police state unlike any other Communist regime. Not merely content to promote rural interests, the Khmer forced Cambodian city-dwellers from their homes, emptying the cities so that urbanites could live an ‘authentic’ life in the countryside. The regime implemented Chinese Great Leap-style agricultural policies that predictably led hundreds of thousands to die from famine.

Hundreds of thousands more Cambodians suspected of political disloyalty or "immorality" were murdered in the infamous Killing Fields. Even adult victims’ children and babies were killed, smashed to death against tree trunks to save bullets. Xenophobic and obsessed with Khmer racial purity, the Khmer Rouge also targeted minorities and people of mixed descent. In four years of rule, these genocidal follies killed between 1.5 to 3 million people in a country of only 8 million.

The Khmer Rouge’s ultra-nationalism made them violently suspicious of the Vietnamese Communists, even though the Khmer Rouge’s conquest of Cambodia had only been possible with Hanoi’s support. As early 1974, the Khmer Rouge began purging Vietnamese-trained members from its ranks and skirmishing with Vietnamese troops. Increasingly, the Cambodian Communists turned to China for support, which furnished Kampuchea with economic and military aid.

Still, Communist Cambodia and Vietnam remained officially friends at first, and continued diplomatic outreach even while their troops clashed violently over border towns and outlying islands. But the Khmer Rouge felt that Vietnamese border towns as belonging historically into the Khmer—and it asserted its claims with habitual violence, dispatching troops on cross-border raids that massacred thousands of Vietnamese civilians.
Full article: https://nationalinterest.org/blog/buzz/ ... -war-41412
Cambodia Expats Online: Bringing you breaking news from Cambodia before you read it anywhere else!

Cambodian politicians should move beyond their arguments over history and find common ground to move Cambodia forward.
By Kimkong Heng
January 16, 2019

On January 7, 2019, Cambodia celebrated the 40th anniversary of its “Victory Day” over the Khmer Rouge regime, which was overthrown in 1979 by the Vietnamese army, accompanied by a number of Khmer Rouge defectors. January 7, 1979 was a historic day that marked the end of a regime that killed an estimated 1.7 million Cambodians. Despite its historic importance, January 7 has been interpreted differently, creating two dominant political narratives or myths in Cambodia: one supporting this historic day and another seeking to undermine it.

For the ruling Cambodian People’s Party (CPP) of Prime Minister HE, January 7 is not only considered as either “Liberation Day” or “Victory Day” but also as a “second birthday” for the Cambodian people. However, for the ruling party’s detractors, particularly Sam Rainsy, the self-exiled leader of the now-dissolved opposition Cambodia National Rescue Party (CNRP), January 7 is the day that Vietnam invaded and occupied Cambodia until 1989. Both political leaders and their followers have been at odds over their interpretations of this contentious day. They have viewed it alternately as the liberation or occupation of Cambodia by its traditional enemy and neighbor, Vietnam. The “January 7” rhetoric has dominated Cambodian politics since the collapse of the Khmer Rouge.

This binary political narrative no doubt does more harm than good to Cambodian society. It has created division rather than unity, hostility rather than harmony, and tensions rather than cooperation among Cambodians. The January 7 propaganda should in fact be removed from the top of the agenda of all Cambodian political parties, especially the ruling and main opposition party. As a paper by Future Forum, an independent think tank, observes, “Cambodian politics remains locked in a battle of myths that leaves very little room or constructive discussion or legitimate dissent from either side.” This observation reflects the Cambodian political landscape where major parties are “stuck” in their own narratives of “January 7” and where familiar names like HE and Sam Rainsy have been attacking one another with historical claims and counterclaims.
https://thediplomat.com/2019/01/january ... arratives/
Cambodia Expats Online: Bringing you breaking news from Cambodia before you read it anywhere else!