Poaching Wildlife - cheap, easy, and nearly impossible to get caught

Poaching Wildlife - cheap, easy, and nearly impossible to get caught

Anti-Poaching – the silent war
17 November 2018
From the eyes of a poacher, hunting wildlife by snares is cheap, easy, and nearly impossible to get caught.

Chambak, Kratie province, Cambodia - They can set hundreds of traps in a day, leave for a few days, and come back to see discover their prizes. However, snares are one of the most detrimental and least sustainable forms hunting. With forest floors littered with snares, any animal can get caught and it is a slow and torturous death. As the animal struggles, the snare gets tighter and there is no escape. The abundance of snares and their indiscriminate nature has decimated wildlife in Southeast Asia.

Many forests, once teeming with life, are now suffering from what scientists call “empty forest syndrome.” Snares, which to an outsider may appear fairly innocuous, are actually one of the greatest threats facing biodiversity.

Monkey stew
They had already collected hundreds of lethal snares and dismantled multiple illegal hunting camps when rangers from the Clouded Leopard station (Chambak) heard the sounds of a struggling barking deer. They followed the sound to discover a muntjac trapped in a snare.

When the rangers reached the muntjac, they discovered a familiar scene. The muntjac was frantically trying to escape but just could not.

The rangers, experienced in working with wildlife, carefully approached the deer, freed him from the tight rope and let him run free back into the forest. The rangers carried on and cleared the area of snares. That day, the Clouded Leopard station rangers collected 357 snares, dismantled seven illegal hunting camps, confiscated a chainsaw used for illegal logging, and released a muntjac and forest chicken back into the forest.
https://www.wildlifealliance.org/anti-p ... ilent-war/
Cambodia Expats Online: Bringing you breaking news from Cambodia before you read it anywhere else! 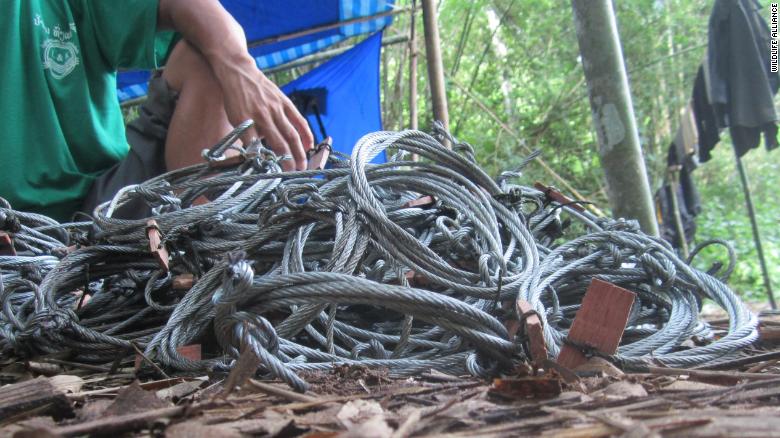 (CNN)Across Southeast Asia, wild animals are being hunted out of existence to feed growing demand for bushmeat, according to conservationists.
Thomas Gray, science director with conservation group Wildlife Alliance, which operates in Cambodia, says that snares -- simple traps made of wire and rope -- have become the single biggest threat to ground-dwelling animals in Cambodia, Vietnam and Laos over the last decade.

The scale of the problem is "phenomenal" says Gray.

Between 2010 and 2015, more than 200,000 snares were removed by patrol teams from just five protected areas in the region. But despite these efforts, says Gray, law enforcement patrols can't keep pace with poachers and stop the slaughter.

Typically made from motorbike and bicycle brake cables, snares are cheap and simple to construct. Traditionally, hunters made snares from rattan and other natural forest products which were "relatively weak and decomposed relatively quickly," says Gray. Wire snares require much less skill to make and can last for years.
The hunters' targets are animals they can sell as food, including wild pigs, muntjac deer, civets and porcupines.

But the tragic thing about snares, says Gray, is that "they take out everything." Animals caught in these "barbaric" devices face a lingering death, he says. A few manage to escape, but are likely to die from their injuries -- sometimes because they have gnawed off a limb to free themselves. Trapped animals without market value are simply left to rot in the forest.
Southeast Asia's forests once teemed with myriad species, including sun bears, striped rabbits, marbled cats, hog badgers and monkeys.
But the snaring epidemic is leading to what conservationists call "empty forest syndrome." "In some areas there are no mammals larger than a rodent left," says Gray.
https://edition.cnn.com/2019/10/16/asia ... index.html
Cambodia Expats Online: Bringing you breaking news from Cambodia before you read it anywhere else!

Relocate all the snares on the borders, maybe catch
some bigger fugitive monkeys of all sorts (the meth monkey, the runaway monkey, the illegal logging monkey....)

Anyway, it never striked me like as a sparing-species country since i saw the plates stuffed of piled-up spiders, and the gigantic local heavy furniture.

What will be there left to sell, when everything is gone ?
Top

frank lee bent wrote: ↑Sun Oct 20, 2019 3:06 am You will see a lot of these in every province in rough uncultivated areas

not looking for otters (but they are lookin' at us) 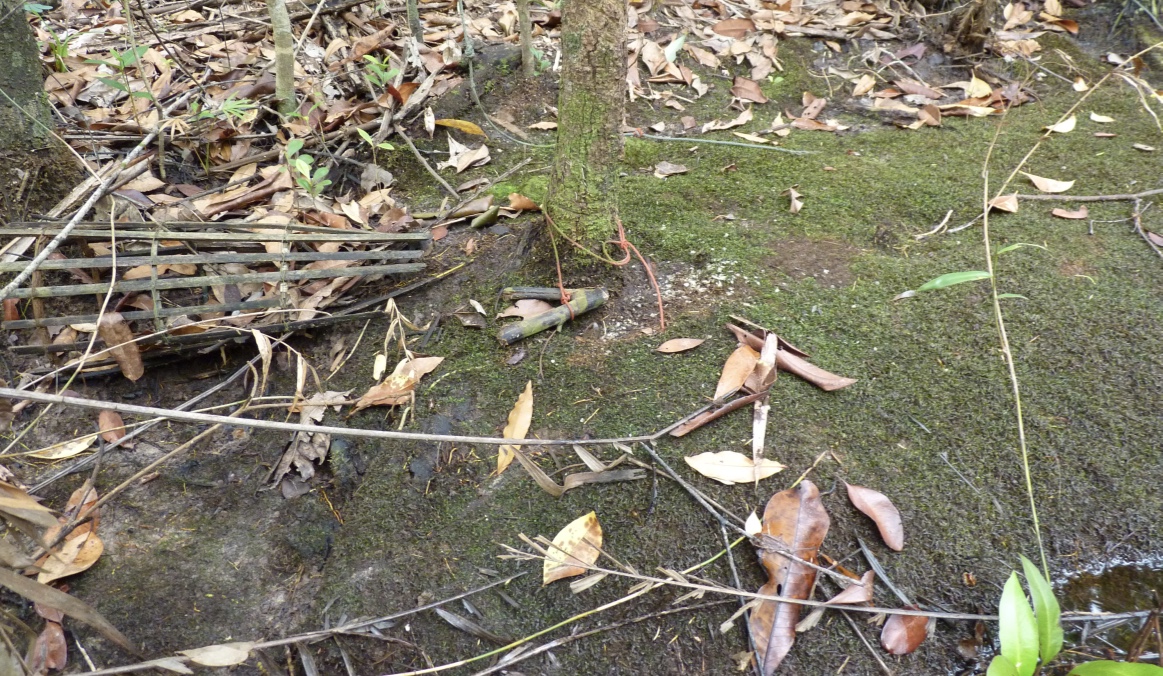 A parking lot.
You could be next.
Top

Don't worry Ghost, it will be just like today.

Nearly nobody will give a flying fuck.
Top
Post Reply Previous topicNext topic
7 posts • Page 1 of 1