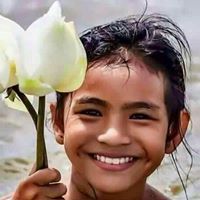 This is a translation of the German text by Spiegel.tv about the fraud Claus-Clemens

who lives in Kambotscha (Province Kandal).
Take a look at the video, unfortunately only in German.

Suspicion of snowball system How Mr Clemens received four million euros from German pensioners
"Profits, which are unbelievable": An attractive monthly auxiliary pension promised a presumed cheat to investors. But the payments were stopped, the man now lives in Cambodia.

Claus Clemens, 62, dressed up for the interview. He wears a vest, shirt and tie, sits in an opulent leather armchair and introduces the Pension International Club (PIC). The managing director says big sentences: "We make profits that are unbelievable". Or: "We work with five business analysts who are among the best in the world".
Advertisement
All lies? The video with this scene was played to Spiegel TV and never published. The PIC, allegedly a serious investor club, promises its members an attractive monthly supplementary pension. Clemens collected over four million euros from 1500 investors, mainly German pensioners, in around two years. A few weeks ago, all payments were suddenly stopped. It could indicate that the PIC is a fraudulent snowball system.
Klaus Glowka, 64, from Esslingen, has invested more than 30,000 euros in the PIC. He will retire next year. It was clear to him early on that his pension would not be enough. "What if I become a nursing case? I don't want to lie on my son's pocket! In 2017 an acquaintance recommends the "alternative pension system". Glowka initially reacts sceptically, but then signs an initial contract for 9000 euros.
Dead sure investment
Among other things, the Pensions Club offers a so-called immediate pension. After paying a one-off amount of 18,000 euros, for example, you receive a supplementary pension of 1000 euros per month after a 31-day waiting period. A life long, the requirement is even inheritable. A death-safe investment so to speak.
Two things happen, which are typical for snowball systems. When its monthly auxiliary pension lands regularly and punctually on the account, investor Glowka replenishes, transfers ever more money. In addition it recommends the PIC enthusiastically in the circle of friends and acquaintances. "I admit, it fell me insanely heavily not to talk about it. In the beginning it went so well". Now his money could be gone.
What happened to the deposits of thousands of pensioners? Why were the payments stopped? SPIEGEL TV went looking for Claus Clemens, the boss of the PIC, and found him in Cambodia. He runs the business from here. He denies all accusations. A snowball system? This is "complete nonsense of creatures who are not familiar with the financial system and its possibilities". The payout freeze only exists because former employees have embezzled money.
But SPIEGEL TV also met an informant in Cambodia who had programmed the so-called back office for the PIC: a program in which all customer data, all deposits are stored. He says: "It is important to me that this system is discovered, that Mr. Clemens is exposed".
In Berlin, he is under investigation for the PIC, for a possible violation of the German Banking Act. Many of his investors have now taken lawyers. Whether the disbursements will ever be resumed, as Clemens claims?
One thing is certain: Claus Clemens is doing well with his business. He has built several houses on his estate near Phnom Penh.
Last edited by bro.s'art on Thu Apr 18, 2019 10:36 pm, edited 1 time in total.
Top

his houses and new company...

I couldn't see the photos of the houses
Top

Need to sign in to a google account to see the images. Ain't nobody got time for that.
... give 'em a quick, short, sharp shock ...

that's just a screen print, unfortunately I don't know the exact location either. On the company sign is the address. (Koh Ras commune, Lvea Em district,
Kandal province). But I couldn't find it on Google Maps!
His plots are directly on a road in front of a pagoda.

Here's Lvea Em on Google Maps. On the right of there is Koh Ras/Reah.

So we know he has a good sense of location. It's nice around there - lots of good birds.
Top

I had also found that, but unfortunately not the buildings with the four houses and the bagoda.
Top

The blue roofed buildings are obviously new. If you zoom in to Streetview, the buildings don't exist.
... give 'em a quick, short, sharp shock ...

The blue roofed buildings are obviously new. If you zoom in to Streetview, the buildings don't exist.

Great, yeah, you found it, you can see the houses on Googel Earth. It's the undeveloped area left in front of the pagoda.
Top
Post Reply Previous topicNext topic
10 posts • Page 1 of 1