Cambodian expats in the US - Cambodian heritage and the American dream

Cambodian expats in the US - Cambodian heritage and the American dream

The American dream is alive for children of Cambodian refugees in California as they seek to break free from shackles of the past
21 November 2017
Anaheim Street in Long Beach is home to the largest Cambodian population outside Cambodia. Its first-generation residents were just happy to escape the Khmer Rouge’s Killing Fields, but its second generation have other ambitions.
http://www.scmp.com/lifestyle/article/2 ... -they-seek
Cambodia Expats Online: Bringing you breaking news from Cambodia before you read it anywhere else!

Suely Saro, a 39-year-old Cal State Los Angeles professor, is on track to become the first Cambodian American to be elected to the Long Beach City Council, a historic moment for the nation’s largest concentration of Khmer people outside of Cambodia.

Born in a Thai refugee camp after her parents fled the genocide in Cambodia, Southern California became a new home for her family and thousands of other refugees. Saro has lived in Long Beach for over a decade.

It is estimated that there are between 50,000 and 70,000 Cambodians living in Long Beach, a population that first grew in increasing rates in the mid-1970s as they fled genocide in their homeland at the hands of Pol Pot and his Khmer Rouge regime.

Despite decades living in the city, Cambodians in Long Beach never managed to elect one of their own—though they’ve tried multiple times. The first known Cambodian to run for a local council seat was Sandy Blankenship in the 1990s.

In Lowell, Massachusetts, home to the nation’s second largest Cambodian population, two Cambodian Americans made local history in 2017 when one was elected to the city council and the other on the school committee. That same year, in Skokie, Illinois, Khemarey Khoeun, the first Cambodian American woman in the nation was elected to public office.
https://www.khmertimeskh.com/50780361/f ... y-council/
Cambodia Expats Online: Bringing you breaking news from Cambodia before you read it anywhere else!

Suely Saro, Long Beach’s first Cambodian American council member, is ready for this moment
Saro, whose family and community have survived tragedy, has made advocating for others her life's work. Now, she's set to continue that work behind the City Council dais. 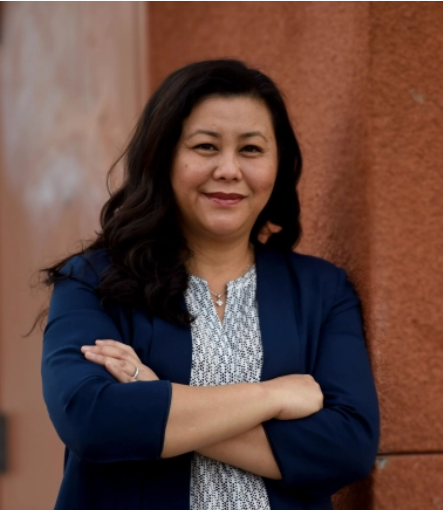 When Suely Saro was a kid, the path of her life seemed predetermined.

As an elementary schooler, she would sit alongside her parents and grandmother in sweatshops in Downtown Los Angeles’ Fashion District, cutting loose threads and bagging clothes. Later, she saw her father work odd jobs until he became a delivery driver.

Her parents, recent immigrants from Cambodia, worked hard to make a life in the United States for Saro and her three brothers. That life was all she knew.

And it was around that time when a school exercise posed the question: What do you want to be when you grow up?

“I had no concept of what professions existed,” Saro said in an interview. “I was like, ‘What do you mean? I’m going to do what I see as the highest level that my parents always say, which is to own your own business, to run a store, to run your own store.’”

For Saro, who was born in a refugee camp in Thailand after her parents fled genocide in Cambodia, running for office one day seemed far beyond the realm of possibility — as was making history.

But Saro, 40, is set to assume office as a Long Beach City Council member on Tuesday, Dec. 15, after winning the Nov. 3 election to represent the city’s Sixth District.

Despite Long Beach having the largest concentration of Cambodians outside of the country itself, there has never been a City Council member of Cambodian descent — until now.

“It’s so deep in the sense that, beyond just making history,” Saro said, “I feel like I’m giving a voice to a community who has not felt like they’ve been heard and represented in an official capacity.”
https://www.presstelegram.com/2020/12/1 ... is-moment/
Cambodia Expats Online: Bringing you breaking news from Cambodia before you read it anywhere else!