This is a part of our Cambodia forums to chat about anything Cambodia-related. This discussion forum is at the top of our site because it's usually the busiest part of the expat community chatter with random topics on just about everything, including expat life, Khmer politics, Cambodian blogs we have or have come across, or whatever else our members want to discuss. Whether you're an expatriate, tourist, Cambodian or random traveler just passing through South East Asia, you are welcome to talk about anything or start new topics yourselves.
Post Reply Previous topicNext topic
17 posts

yea we all know bad shit sells, in america they always had the yellow journalism papers at the checkout stand with the photos
but really

Homeless Boy Runs Over By a Camry Car
67 Year Old Woman Tortured and Raped For Six Consecutive Year By Her Own Son
Son Hacks His Father To Death
Murder on Street 132.

reading here u would think Cambodia is worse than anyone is letting on.
do u really need focus on the bad shit
In a nation run by swine, all pigs are upward-mobile and the rest of us are fucked until we can put our acts together: not necessarily to win, but mainly to keep from losing completely. HST
Top

Thinking up absurd and preposterous - and menacing - book titles is an amusing hobby for some:

An Outline of Somali Political Thought

Mah Pimp done tole me: An Anthology of Writing by Wimmin of Color

Perhaps readers can invent CEO headlines they would like to see:

... many decades ago, a group of British journalists were asked to try to remember the dullest headline any of them had ever seen ...

would have been far better
Top

I have noticed this everywhere though, there is a definite increase in violent crimes being committed or reported and i think it is good for CEONews to keep these articles active and available.

However it would be good to see some positive news stories mixed in with the bad.

just my 2 cents.
Check out my website for all things Kiwi in Cambodia at https://tiny.cc/j410iy
Top

OR THIS ENTERTAINING TOPIC:

OR THIS STORY ABOUT TRUE LOVE:


All posted within the last day or so. And don't forget, when we post about happy things or just daily occurrences, there's often a knuckle head or 2 who like to reply, "HOW IS THIS NEWS?"

We make an effort to chase feel-good stories, but the reality is they're often few and far between.

And, as with any discussion forum, fellow members are encouraged to find interesting things themselves and share with everyone. That said, you do often being a lot of interesting stories to CEO, and all of us thank you for that.

I had a pleasant run this morning, it is neither too hot nor too cold, my latest batch of Darjeeling SFTGFOP is very nice and my bowel movements are regular.

100 years ago u had no choices, u got up in the morning thinking, time to go to work so i can eat. 85% of the population lived in the countryside ( Thinking SE asia) and worked the family farm.
You had no choices as a kid. Ur dad was a farmer, u became a farmer, ur dad ran a stall in the market, thats what u did, ur dad was a pig farmer,thats what u did.
The family was together, often 3 generation under one roof. grandmother was home to take care of the kids while mom and dad worked. Then kids started to go to school.
More an more are forced to decide what they want to do, to much pressure. Now the kids/young adults have more free time, the breakup of the family. Tv,the internet all show the have nots what they dont have an they want it.

could even compare this to us lucky ones born in the west,those of us over 55 recall dad worked, mom was home when we got off of school,dinner was held when dad got home,
Than dad no longer could provide enough $$ so mom had to work, kids were left alone after school and as kids do, we got in trouble, drank, and got high

Cambodia was affected worse as a whole generation was killed. NO longer could you learn from ur peers, they were gone


Just rambling/ thinking out loud here....
ahhh life was so much easier when i was young
In a nation run by swine, all pigs are upward-mobile and the rest of us are fucked until we can put our acts together: not necessarily to win, but mainly to keep from losing completely. HST
Top

The internet cable story was good news!
No matter how much it rains, the dirt never washes away.
Top

There is an interesting weekly column in "Der Spiegel", a big German magazine, called "Everything was better in the old days". which goes on to bust that myth. In Germany at least statistics for crime, suicides, child labor, women's abuse, etc. are all down significantly. But lets face it: 30 years ago you would not have heard about a murder or a robbery unless it was in your own village. Nowadays, with Internet and FB, pretty much every story will pop up.
Top

There is actually more bad shit happening than ceonews is reporting. He manages to translate most of it, but I'd guess their are more 3 or 4 more cases of gruesome murders, rapes and other sad things that happen daily, more than he can translate or keep track of.

There is something very wrong within Cambodian society.
Top 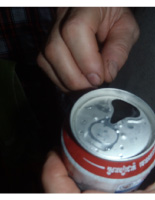 more coverage.
in Detroit, where i am from, in the early 80's they increased the size of the Police Force by about 40%.
in the following year reported crime went up 35%.

there is a name for it in sociological circles.... i just forgot.
if you're not living on the edge, you're taking up too much space.
Top
Post Reply Previous topicNext topic
17 posts