Do Khmers have a similar dish?

A local delicacy in north-east Thailand, made from raw fish, has been found to be behind a high incidence of liver cancer in the area, and doctors are trying to educate people about the risk.
The Isaan plateau of north-eastern Thailand is poor, dry, and far from the sea. Home to around one third of the country's population, most of them ethnic Lao in origin, it is renowned for its spicy and inventive cuisine, using whatever ingredients are available.
Where there are rivers or lakes, they use the smaller fish they catch in a pungent dish called koi plaa. The fish are chopped up finely, and mixed by hand with local herbs, lime juice and live red ants, and served up raw.
It is very popular, but also dangerous.
For decades, certain populations in the north-east have been known to have abnormally high levels of liver cancer.
In men it comprises more than half of all cancer cases, compared to an average of less than 10% worldwide.
The high prevalence has long been linked to infection by liver flukes, a kind of parasite, found in raw fish.
But it is only in the last decade that a serious effort has been made to get people to change their eating habits, by cooking koi plaa to kill the flukes before they eat it.
Fluke infestation
Liver fluke eggs
Liver fluke eggs are excreted into the water system by infected people.
Dr. Banchob Sripa at the Tropical Disease Research Laboratory in Khon Kaen University is the man largely responsible for this effort.
"We have been studying this link in our labs for over 30 years", he said.
"We found that the liver fluke can make a chemical that stimulates a host immune response - inflammation - and after many years, this becomes chronic inflammation, which then becomes cancer."
His team found that in some communities up to 80% of people were infected by the fluke, some as young as four years-old, but that the cancer rarely developed before people reached 50. Once it does, though, there is little hope for patients.
At the university hospital they receive around 2,000 patients a year with a specific form of liver cancer called cholangiocarcinoma.
Only around 200 of those can be treated, usually by surgery, cutting out the tumour from the liver.
The others are given palliative care, easing their discomfort, usually by draining bile ducts, until they die.
The only effective remedy is prevention.
So Dr. Banchob and his team are running a community-based health education programme in the villages along the great wetland, known as Lawa Lake, south of Khon Kaen, where liver fluke infection rates are highest.
Changing perceptions
Girl learning about liver flukes
Education is helping the next generation to learn about the dangers of raw fish
They started by using the most effective methods for this region; recruiting respected community leaders to do most of the talking, and injecting plenty of north-eastern music and humour, which can be as pungent as the local cooking.
They have composed songs that press home easily understood information about the life-cycle of the fluke.
The larvae, embedded in the fish's flesh, are consumed and grow into an adult flukes inside the liver.
The eggs are then excreted, passing back into the water system where they are eaten by a particular snail, before the larvae move back to the fish again.
They also take a portable ultrasound machine around the villages to screen people for liver fluke infection.
It is striking how many older people have high levels, indicating that they still eat their koi plaa raw.
"Sometimes I cook it, but sometimes I forget," said 61-year-old Jongluck Laonongkwa after his screening. His liver was infested with flukes.
Kamphan Sapsombat
Although liver fluke infestation can start young, liver cancer usually appears in later life.
"I think 60% do understand the causes of the liver cancer" said Dr. Banchob, "they are aware of the liver fluke.
"But 10% are still eating raw fish. I believe that 10% probably cannot change. So we should change the environment, make the fish cleaner, to get fewer infections."
Part of the education campaign focuses on getting people to use proper toilets, and not defecate in the lake, which reduces the number of fluke eggs.
In the villages where the campaign has been running, infection rates are coming down sharply, to below 10% in some.
It will take more time for liver cancer rates to fall significantly, but the attitude of younger people is encouraging.
Kamphan Sapsombat, 71, is being treated in hospital for an inoperable tumour. He is jaundiced, with yellow eyes which is a clear sign of a blocked bile duct.
His daughter, Rattana, said her father had eaten raw fish all his life. But the rest of her family had stopped it years ago, she said.
They understood all too well that the risk of ending up like her father was not worth it.
Jesus loves you...Mexico is great, right?

the salted ricefield crabs and 6 different freshwater fish species used in prahok are vectors.
the salt fermentation does not kill the flukes.
Top

The liver fluke in question is Opisthorchis viverrini, it is endemic in SE Asia and has been a major public health issue in Issan for a long time, pla-ra or prahoc being another major source of infection. There is a "mountain"of literature on the subject.

Opisthorchis viverrini infection in Thailand: studies on the morbidity of the infection and resolution following praziquantel treatment. Am J Trop Med Hyg. 1997 Mar;56(3):311-4.http://www.ncbi.nlm.nih.gov/pubmed/9129534

Do Khmers have a similar dish?

Oh shit. It is a speciality made in Kratie. Little packets of raw fish with chilli wrapped in banana leaves. I eat them all the time in Kratie and usually take a couple of bundles with me when I leave. Goes well with beer.
I guess I should get my liver checked.

Anyone else been eating raw river fish in Cambodia ?
Top

one of the main reasons khmer die young. get yourself checked if you eat this stuff as you are very very likely to be a host.
Top

Cancer from eating raw fish is still a problem in Thailand and fatality rates are increasing:

While he noted that causes of cancer vary, Thais’ love of “pla ra” or raw fish used in somtam, as well as other undercooked foods are responsible for increased rates of worm infections, which can lead to liver cancer...
Pattaonenews
Cambodia Expats Online: Bringing you breaking news from Cambodia before you read it anywhere else! 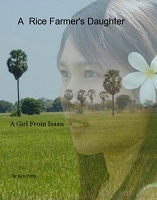 most people coming through the region will eat prohok once in there trip.
Top
Post Reply Previous topicNext topic
7 posts • Page 1 of 1