the 100 pound woman in Congress

Yeah, that place out 'there'. Anything not really Cambodia related should go here.
Post Reply Previous topicNext topic
6 posts • Page 1 of 1

the 100 pound woman in Congress


Did she storm the Congress, too or simply walked in before the Mob ?
Top

Politicians are a different breed than the rest of us. But in the US they carry this being different into Congress.

100 pound Woman News: I wonder what they put in her morning coffee.

One of Mr Biden’s first acts in office was signing an executive order to recommit the US to the global climate pact, to cut the greenhouse gas emissions heating the planet.

On Thursday, the Colorado congresswoman introduced the “Paris Agreement Constitutional Treaty Act” intending to block funding for the executive order until passed as a treaty by the Senate.

Read more: What is the Paris Climate Agreement?

Donald Trump exited the Paris deal in 2017. The US will officially become a party to the agreement again in less than 30 days.

Rejoining Paris was one of a sweep of executive orders signed by President Biden, the beginning of his administration’s plan to unwind the destructive environmental and climate policies of the Trump era.

It’s unclear if Rep Boebert is aware that the Paris Agreement was named because it was signed by hundreds of global leaders in the city of Paris, and not because it solely benefits the citizens of the French capital.

A statement from Rep. Boebert’s office also claimed that the Paris Agreement “could destroy up to 2.7 million jobs in the United States by 2025 alone”.

Her office did not respond to The Independent’s request for attribution on the claim at the time of publication.

After Mr Trump’s withdrawal in 2017, a group of interdisciplinary scientists published a report looking at the implications of the move and suggested that by 2100, the US would be about 5 per cent poorer with $8trillion in losses.

“The US agreement is not a tax on the American people. There is no massive wealth transfer,” Climate Advisers CEO Nigel Purvis, state department climate negotiator in the Clinton and George W Bush administrations, told the AP about the Paris deal last year. 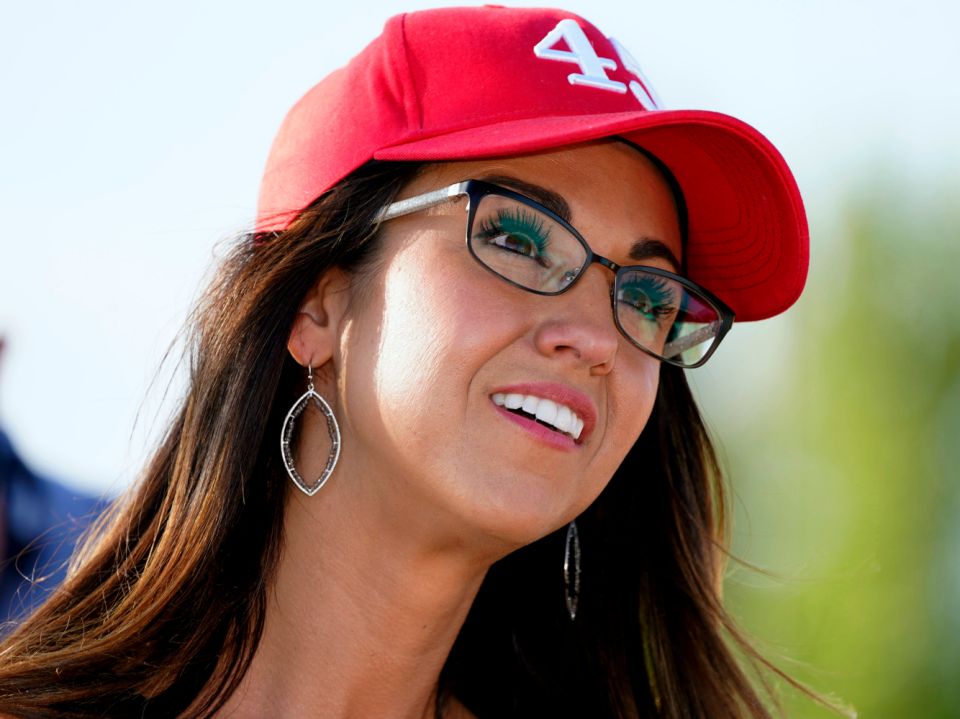 “In fact, the agreement obligates no country to make any financial payments.”

A separate bill was introduced by Texas Republican Chip Roy on Thursday, also trying to block funding for Mr Biden’s executive order on the Paris Agreement.

Ms Boebert has faced calls to resign, including from Colorado elected officials and local newspapers, after she tweeted details about the location of House Speaker Nancy Pelosi during the deadly insurrection at the US Capitol earlier this month by a pro-Trump mob.

Part 2 of her activities as a congress woman
he demand for an investigation into Lauren Boebert gained traction after 68 elected officials from Colorado wrote to House speaker Nancy Pelosi, condemning the representative’s alleged association with “right-wing groups that supported the insurrection of Capitol Building."

Ms Boebert is the representative for Colorado's third congressional district in Congress.

“We have heard overwhelmingly from our constituents, therefore her constituents, that there is deep concern about her actions leading up to and during the protests that turned into a violent deadly mob," said the letter signed by officials, including mayors, county commissioners and town council members, reported the Steamboat Pilot & Today newspaper.

Ms Boebert had tweeted details about the location of Speaker Pelosi during the 6 January attack on the US Capitol that had left five people dead. “We were locked in the House Chambers,” she wrote, followed shortly with, “The Speaker has been removed from the chambers," even as several House members confirmed that they were instructed to not share their location in the building.

The lawmaker, who had supported president Donald Trump’s claim of election fraud, is also being slammed by local news outlets for her role in the Capitol breach.

“Boebert is using her office to damage the US. We can’t imagine that’s what her constituents had in mind when they elected her just a few months ago,” wrote the Denver Post, in a stinging editorial on Thursday. “Coloradans — especially her constituents — need definitive answers about whether she was a hapless victim of Trump’s actions or whether she was a participant in an effort to prevent the peaceful transition of power,” it said.
Top

And there I was thinking we might get a break from US politics for a while now...

Don't want to talk about it anymore ? See how it was Messaged back in 2009
The pictures flashed into the video look awfully familiar to me in 2021