Will Brexit hurt you in ways you havent thought of

Yeah, that place out 'there'. Anything not really Cambodia related should go here.
Post Reply Previous topicNext topic
340 posts

Will Brexit hurt you in ways you havent thought of

This come up recently because there are a few dangers of whats happeneing that people on both sided of the debate need to think of. This is my contibution, to things that could hurt your wallet .Anyone else thought of others
1) my English friend has a khmer gf for 5 years and they live in the EU. She has a son by a previous relationship with an eu citizen and the child has an eu passport and she has an EU residence card. At the moment she cna travle visa free to the Uk with her son for xmas etc. After brexit she will need a visa and so will her son. Neither have independent income and she is not married to the english boyfriend so chances are pretty minimla she will get one.
2) the value of the £ depends on how much people want to buy it. Its low know as people are pulling money out of the uk. This can be a good thing if your money is here but bad if you are relying on pension or other income from uk
3) US old gits can remember when we did the last duisatrous thing leaving the ERM. The government slapped currency restrictions on very quickly to stop people taking money out of the country ormeven buying stuff from abroad, so any money you have in the Uk could be locked up there.
4) a low £ increases infation, especially on imported goods which is mostly everything from computer to phones to fridges
5) if 3.5 million eu citizens go home and they all do family holiday once a year then that is 3 million flights lost, plues hteir relatives coming to visit uk say another 3million. ^ milion seats at 300 to a plane is 10,000 planes full, so airfares are probably going to jump
6) long haul flights from London. London is the biggest european hub and cheapest for long haul mostly. Except EU citizens will not be able to take a cheap easyjet fligh to london to fly to newyork anymore (see 5 above). the good thing is we might be able to build some new houses on the unused runways
7) Houses. If 3.5 million leave thats about 1 million empty rnetal properties. just look at the hoses for sale in uk now as landlord try to dump stock when tenant leave.

Can't think of any positive on the financial front sadly
Top

Buy the FTSE? Will this mean less Brits going to Patts?

It appears the Gov have it all under control,
https://www.independent.co.uk/news/busi ... 73741.html

Look on the bright side !!, we can all have a nice new blue passport, (If we can afford one)

Look on the bright side !!, we can all have a nice new blue passport, (If we can afford one)

hah, passport colour is up to the country.
Funniest thing i saw this week was Nigel Farage spouting off about how you cannot trust the bbc because they get money from the Eu. last i heard he was getting a monthly paycheck from them!
Top

Brexit is the single worst idea in politics for a considerable number of years.

Anyone with have a brain can figure out the economically ramifications will fuck pretty much anyone who isn't in the know. £ has lost so much value since the result, everything is more expensive, portions are smaller and this is just scraping the surface. I overheard 2 old ignorant Brits joking about how fucked Europe is now that "who's gonna buy German cars or who's gonna buy French wine" like they don't already have a global market for that stuff. It pained me because they're no doubt leave voters who have about 5 years left on this earth between them and they'll no doubt not step foot back in Britain every again
A Canadian Goose.
Top

This one sums it up pretty well I think.... 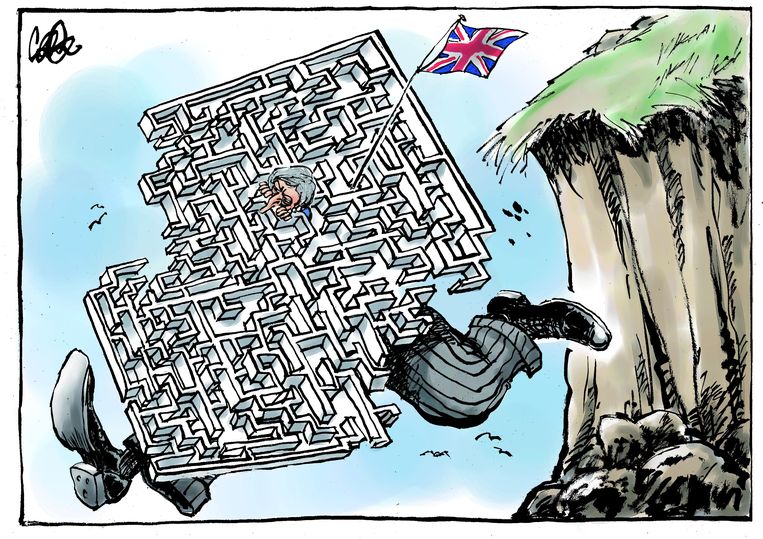 worst idea thats happened in British politics in quite some time, and i feel embarrassed at all the Sheeple who believed all the bollocks the parties were spouting

I'm gonna be sucking cock for discarded toast crusts by next winter, although this has nothing to do with brexit, I just fancy a career change.
A Canadian Goose.
Top

A lot of the MP's and government members are Eton schoolboys and studied at Oxford university.
If you look to the politic mess they made, not exactly a recommendation to study there

Interesting point is there are apparently 11million british expats allowed to bote and they didn't. Now I have a new pain and gripe
I can get a 1 year backpacker holiday medicla cover for under $400 and I am retirement age near as damn it. An expat policy for the same EU country for me with no pre-existing medicla conditions is $4000, 4 times the price.
Emergency medical cover is free for EVERYONE in the european country coincerned. the cost of a flight back to the UK for non-urgent treatment can be as low as $75 (ryanair for those of you who know it) up to $600 for a regular scheduled flight. So any insurance people in here can explain that? Surely as a tourist i am more likley to be doing daft things like paragliding and bungee jumping (which are covered in the tourist cover but no the expat cover for some reason). Expat Medical insurance is a complete ripoff dominated by US based or owned companies charging insane US prices.
Top
Post Reply Previous topicNext topic
340 posts