Is this “carpocalypse” or “carmageddon”?

Is this “carpocalypse” or “carmageddon”?

What happens when a checkpoint merges 50 lanes down to 20.

Traffic after the holidays tend to be pretty awful. But China may have just turned every driver’s worst nightmare into reality as hundreds of millions of people headed home at the end of a Golden Week, a week-long national holiday.

Thousands of motorists found themselves stranded on Tuesday in what looks from above like a 50-lane parking lot on the G4 Beijing-Hong Kong-Macau Expressway, one of the country’s busiest roads. Some are dubbing the traffic jam a “carpocalypse,” while others are calling it “carmageddon.”

Though foggy weather may have played a role, the real culprit is a new checkpoint that forces traffic to merge from 50 lanes down to just 20, according to The People’s Daily. Traffic was reportedly backed up for hours.

China is no stranger to these ridiculous traffic jams, especially on national highways. In 2010, gridlock spanning more than 74 miles on the stretch between the Inner Mongolia Autonomous Region and Beijing left drivers with nowhere to go for a staggering 12 days. That time blame fell on everything from road construction to broken down cars and fender-benders.

People played cards to pass the time while nearby vendors took the opportunity to sell food and water at premium prices. “If you said ‘no’ or complained about the price they threaten to break your [wind]shields,” one driver told the Inner Mongolia Morning Post.

In 2012, the government’s decision to grant free road travel during the same national holiday turned 24 motorways in 16 provinces into a massive parking lot with more than 85 million people stuck in their cars. 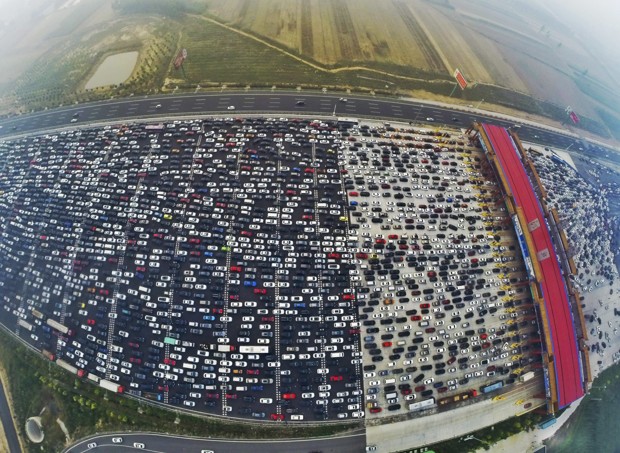 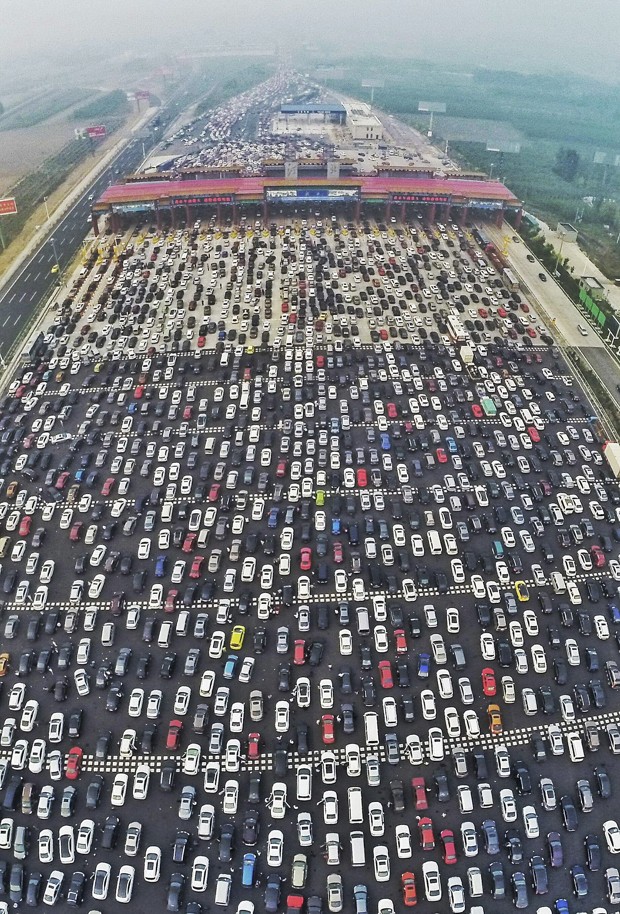 Re: Is this “carpocalypse” or “carmageddon”?

That’s what happens when the biggest human movement in the world happens.

Re: Is this “carpocalypse” or “carmageddon”?