26 October 2017
AFP - A Swiss tourist has been left with a fractured skull after he and his girlfriend were attacked near the Taj Mahal during a holiday in India, police and media reports said Thursday.
A group of men approached the couple near a local railway station and demanded selfies with the woman before attacking them with stones on Sunday, the Times of India daily said. 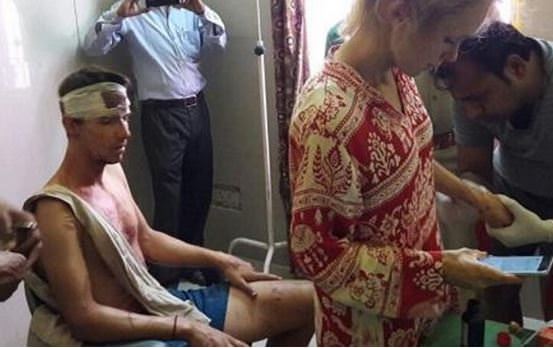 It said the man suffered a fractured skull while his girlfriend, a 24-year-old Swiss national, had a broken arm and multiple bruises.

Bystanders took videos of the couple on their mobile phones as they lay on the ground after the attack, the paper reported...
http://www.scmp.com/news/asia/south-asi ... fter-being
Cambodia Expats Online: Bringing you breaking news from Cambodia before you read it anywhere else!