Cinnamoncat wrote: ↑
Thu Aug 01, 2019 7:11 pm
No Country for Old Men - Coen brothers, and one of the most brutal opening scenes of a film ever. Based on Cormac McCarthy's novel, and widely recognized as one of the greatest films of the 2000s. Western/thriller/ suspense/ edge-of-your-seat, and may give you bad dreams.


Another that came out the same year - There Will Be Blood

Daniel Day-Lewis is an acting treasure.

one of the best newer flics I've seen, also a true story.

The KoW, where you get tired of asking "Why in the hell....?" Also, Looking for opium paraphernalia.
Top

Hou Hsiao-hsien, master of Taiwanese minimalism turns his hand to the wuxia subgenre (sword n sorcery kung fu). More subtle than Crouching Tiger or Hero, yet more engaging if you give its unorthodox approach time, this is my favourite wuxia film of this era.

This one is a special case, unique.

In 1993, 2 French guys working at Canal + (French Cable TV) had temporary but unlimited access to the Warner Bros catalog of movies. All of it.

So, they carefully copied all the movie cuts they wanted, they edited it so it tells a totally made-up story, mixing John Wayne, Dustin Hoffman, Robert Redford, Frank Sinatra, Orson Welles, and 20 more actors like this.

Then they gathered the original French dubbing voices to record their dialogs properly on it. Then aired it on tv twice only in 1993, and never again. The Warner was quite upset about it.

For us French, these are the genuine original voices that we heard through respectable western or war or investigation movies, but this time talking shit and calling names in the most hilarious manner. This movie is cult in France, and i just found a version with English subtiltes, perfectly translated.

The audio remains in French. The only way to get it with English audio would be to ressucitate all these dead actors, and even if, the Warner wouldn't let anyone do that, it would be like a moral profanity + a breach of copyright.

So, this is it, i raise you LA CLASSE AMERICAINE (The American Class).

Relax and light up a doobie, old timers.


By the way, this was his first movie.

Later on, the same guy brought this that you maybe heard of :

He has quite a talent to play with past American cinema stuff.
Top

I recently saw this one, Idris Elba's directorial debut. It's worth a watch.

This was a really good doc.

Just watched " The Great Hack " a 2019 netflix documentary on the Cambridge Analytica case. Excellent.
Never trust a man who when left alone with a tea cosey, doesn't try it on.
Top

Would be cool to keep this thread going. Really enjoyed this and MidSommar, recently. 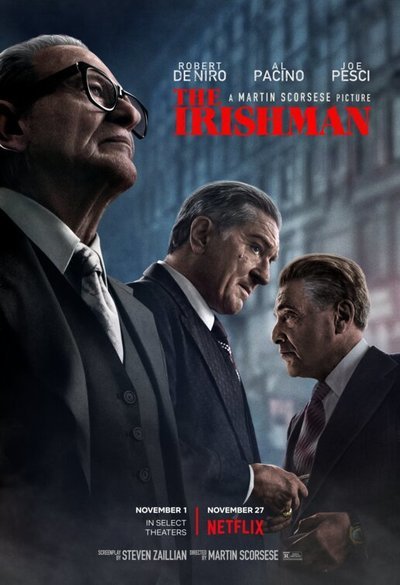 2 hour documentary following the course of a Chinese automotive glass manufacturer's progress taking over a closed down General Motors factory in Dayton Ohio and trying to get the American workers up to speed and profitability. The staff party in China and the American workers reaction to Chinese work methods is worth a watch.
Never trust a man who when left alone with a tea cosey, doesn't try it on.
Top

One of the best, and most realistic films I've ever seen, Ghosts follows the true story of a woman trafficked into the UK from China, and was involved in the 2004 Morecambe Bay cockling disaster. One of the things that makes this film so brilliant and realistic is that the lead actress, Ai Qin Lin actually plays herself, reliving through cinema the horrific events she endured in the underworld of international organised Chinese crime. This one is hugely slept on, and I can't recommend it enough, although it is a harrowing watch.