Breaking news from Cambodia can be found here. CEO often finds Khmer news and translates it into English for our readers if it is interesting to expats, locals, Cambodians living abroad and anyone who wants to stay informed of the latest local and international news stories about Cambodia and our neighbors in South East Asia. There are many sources for Khmer news articles and they can all be found here in one place. Most of the media comes out of Phnom Penh, Siem Reap or Sihanoukville, but we cover national Cambodian news from all provinces.
Post Reply Previous topicNext topic
207 posts 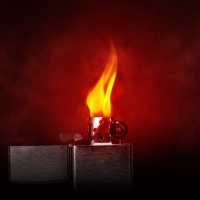 Not sure how to tag someone but would like to know what Weazel thinks about the latest news?

'Tests using state of the art machinery revealed a plot of disturbed land on the factory property, measuring about one metre wide, two metres long and two metres deep - the size of a grave,Seven News reported.

Harry Phipps, a deceased Adelaide businessman who was implicated in a book written about the case, The Satin Man, has returned to the forefront of the investigation as a possible suspect.'
'What matters most is how well you walk through the fire.' Charles Bukowski
Top

Does that "close the case" or is there still more too it? Very interesting revelations about this over the past year or so.
"Life is too important to take seriously."

Does that "close the case" or is there still more too it? Very interesting revelations about this over the past year or so.

Not closed yet. The police have to dig the site soon.

Let's hope it does find the bodies. That will at least put part of the case to rest.
... give 'em a quick, short, sharp shock ...

Yes, it would be interesting to see what Weazel makes of this latest news. I guess it's a case of 'wait and see' but the police seem to believe the evidence is strong enough to compel them to dig. It's the crime every Australian would love to see solved.
Top

It might well be the case that the holes were dug at this site for the purpose of disposing of the children, and that Phipps was of course involved in the crime. But it surely cannot be the case that a man who has to get 2 people to dig a grave for him is capable of acting alone in the broad daylight abduction, murder and final disposal of three children in a way that there was not a scrap of evidence or witnesses with enough information to pin-point him for at least 48 years (knowing that Satin Man came to light about 4 years ago). Phipps likely did provide 1 pound notes to children to take advantage of them.... and many pounds to people who could play that role to provide children to him! Phipps is certainly a person of interest, confirmed obviously, but he didn't act alone and it will be very surprising to me at least if the bodies of the Beaumont children are found at that site given the information I have been told and believe by people who should have proven their credibility as witnesses to events at this time by now .... given their bravery in speaking out to have abhorrent offenders from the time convicted for their crimes against them as children.
Top

I guess time will tell, Brat17. If Harry Phipps did do it and the bodies are there, there has certainly never been any mention of any links between the family claims you mentioned above and a connection with Harry Phipps...
Top

No direct or public mention, no. but there have been a number of assertions/suggestions made by them directly to me that there was at very least knowledge of each other back at the time. there's very little that been said about Phipps's movements in the community at all, but it is the case that he lived only a short distance from others we have spoken about and indeed the family mentioned spent a great deal of time knocking about on Phipps' patch!
Top

Beaumont children: Excavation in Australia over 1966 mystery
2 Feburary 2018
Police have excavated a factory site in Adelaide over the disappearance of three children more than 50 years ago.

The case of the Beaumont children is often described as Australia's most enduring cold case mystery.
The children - Jane, nine, Arnna, seven, and Grant, four - vanished after visiting a beach in Adelaide in 1966.

The new search, at a site once owned by a person of interest in the case, followed a recently discovered "anomaly" in the soil.

The factory site, in the suburb of North Plympton, is about 5km (3 miles) from Glenelg Beach, where the children were last seen after going for a swim.
The dig took place on Friday, but was called off after nothing of interest was found.
http://www.bbc.com/news/world-australia-42913171
Cambodia Expats Online: Bringing you breaking news from Cambodia before you read it anywhere else!

So back to the well mentioned earlier in this thread.

If the police are showing no interest in digging this up why not start a go fund me to excavate the site privately?

Check out my website for all things Kiwi in Cambodia at https://tiny.cc/j410iy
Top
Post Reply Previous topicNext topic
207 posts