Yeah, that place out 'there'. Anything not really Cambodia related should go here.
Post Reply Previous topicNext topic
34 posts

Oil, lots of Oil, and a new military base. The Japanese in the 30's/40's called it the "Greater East Asia Co-Prosperity Sphere." What are the Chinese calling/going to call the grabbing of land? They sure are dumping money and people into Cambodia (Sihanoukville.) What about Ream the national park/property of the people that's now a Chinese property? The internet gambling scams being run out of Snookyville are kind of interesting also. Looks like China learned a thing or two from the Japanese of the 20's/30's. They are taking all the money they are earning selling cheap junk in America and using that money to turn on their neighbors.
Top

The competition in the South China Sea continues. The Vietnamese have started work consolidating a reef which is disputed with China, Ladd Reef in the Spratly Islands. So, what happens next ? Will Beijing sit by and watch ? 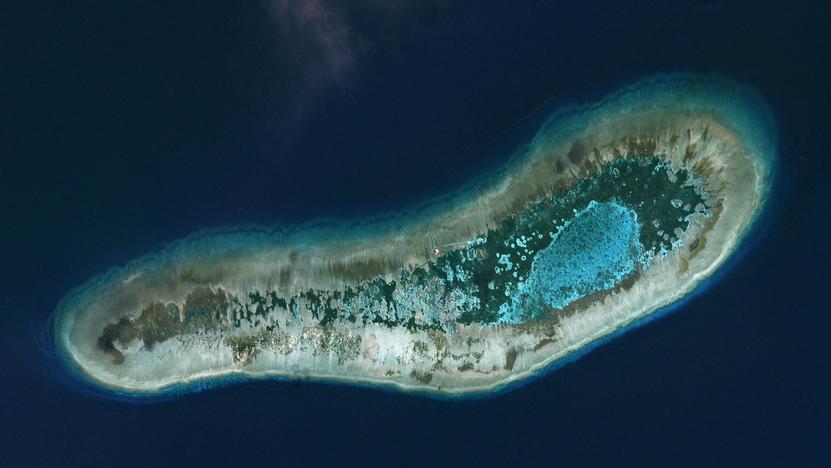 Thu Dec 8, 2016
REUTERS- Vietnam has begun dredging work on a disputed reef in the South China Sea, satellite imagery shows, the latest move by the Communist state to bolster its claims in the strategic waterway.

Activity visible on Ladd Reef in the Spratly Islands could anger Hanoi's main South China Sea rival, Beijing, which claims sovereignty over the group and most of the resource-rich sea.

Ladd Reef, on the southwestern fringe of the Spratlys, is completely submerged at high tide but has a lighthouse and an outpost housing a small contingent of Vietnamese soldiers. The reef is also claimed by Taiwan.

In an image taken on Nov. 30 and provided by U.S.-based satellite firm Planet Labs, several vessels can be seen in a newly dug channel between the lagoon and open sea.

While the purpose of the activity cannot be determined for certain, analysts say similar dredging work has been the precursor to more extensive construction on other reefs.

"We can see that, in this environment, Vietnam's strategic mistrust is total ... and they are rapidly improving their defenses," said Trevor Hollingsbee, a retired naval intelligence analyst with Britain's defense ministry.

"They're doing everything they can to fix any vulnerabilities - and that outpost at Ladd Reef does look a vulnerability."

Vietnam's foreign ministry did not respond to a request for comment...
Top

They're both Commies, who cares!
Top

Is China preparing for war ?
Military Infrastructure On South China Sea Islands Near Completion: Think Tank
03/28/17 AT 3:06 AM

China is wrapping up the construction of its military infrastructure on the South China Sea islands, a U.S. think tank said in a report Monday. The country, which laid claims to almost all of the international waters, can deploy combat planes and other military assets at those islands any time, the think tank added.

Satellite images from earlier this month showed China’s naval, air, radar and defensive facilities were nearing completion, the Asia Maritime Transparency Initiative (AMTI), a branch of the Center for Strategic and International Studies, said in the report. The country’s military aircraft would be able to operate over almost all of the South China Sea with the help of three air bases in the Spratly Islands, and one on Woody Island in the Paracel Islands. http://www.ibtimes.com/china-preparing- ... on-2516098
Cambodia Expats Online: Bringing you breaking news from Cambodia before you read it anywhere else!

to be fair to the chinese It'is called South China Sea not Northwest Philippines Sea!
i am on these blocked lists;
pucketrichard
hotdgr
sailorman
rozzieoz
stroppychops

SinnSisamouth wrote: ↑
Wed Mar 29, 2017 11:30 am
to be fair to the chinese It'is called South China Sea not Northwest Philippines Sea!


Yea,, lets be really fair about it. Chinese takeaway food , Chinese noodles and other Chinese shit should also belong to the yintongneese.
Cambodia,,,, Don't fall in love with her.
Like the spoilt child she is, she will not be happy till she destroys herself from within and breaks your heart.
Top

SinnSisamouth wrote: ↑
Wed Mar 29, 2017 11:30 am
to be fair to the chinese It'is called South China Sea not Northwest Philippines Sea!


Yea,, lets be really fair about it. Chinese takeaway food , Chinese noodles and other Chinese shit should also belong to the yintongneese.

And to be really fair... Those are purty. Like being at grandma's for turkey day.
Top

Chinese and ASEAN representatives are meeting in Siem Reap to begin hammering out a code of conduct for the highly contested South China Sea.

China has openly dismissed an international tribunal’s determination that the sea’s rocky outcrops cannot be used as the basis for territorial claims, though ASEAN members such as Vietnam and the Philippines, both of which are embroiled in the territorial disputes with China, applauded the decision. While the disputes persist, Beijing has consistently expressed interest in finalising a code of conduct for the region among its neighbours.

Cambodia, meanwhile, has a habit of derailing any attempt by ASEAN, which relies on consensus, to condemn China for its activities in the disputed waters, and has discouraged member states from negotiating their disputes as a unified bloc...
http://www.phnompenhpost.com/national/a ... -siem-reap
Cambodia Expats Online: Bringing you breaking news from Cambodia before you read it anywhere else!

Short of war, China now controls South China Sea
Beijing's new missile deployment to contested land features has tilted the maritime area's balance of power in its favor. Will the US respond?
By Richard Javad Heydarian Manila, May 8, 2018 4:01 PM (UTC+8)

Tensions in the South China Sea are on the boil again amid new reports that China has deployed advanced missiles to land features in the disputed maritime area.

According to new reports, China has installed several Surface-to-Air Missiles (SAMs) and Anti-Cruise Ballistic Missiles (ACBMs) systems across the Paracel and Spratly island chains, parts of which are claimed by multiple regional states including the Philippines and Vietnam.

China’s neighbors and rivals fear that the Asian powerhouse is slowly but surely establishing the foundation of an Air Defense Identification Zone (ADIZ) in one of the world’s most important and busy waterways. Over US$5 trillion worth of global trade traversed the sea last year.

Boosting China’s missile defense system in the area would allow it to progressively restrict the movement as well as squeeze the supply lines of smaller claimant states, all of which maintain comparatively modest military capabilities to fortify their sea claims.

The reports immediately rekindled tensions between China and key Southeast Asian claimant states, including the Philippines. Crucially, it has also reignited an ongoing debate between doves and hawks within the Philippine government.