Kandal: An English man was seriously injured after crashing his motorbike into a car which was turning left on national street 1 at 11:30 on may 25, 2016 at Kilo Meter 17-18, located in Thom village, Keansvay district, Kandal.

Keansvay district police raised that the victim was ANTHONY SON, a 26 year old Englishman whose address was unknown. Now he has been staying at Phnom Penh hospital.

Before the accident occurred, the car was driving along national street 1 towards Naklerng and when it got to the place where the incident happened, it was hit by a motorcycle driven by an Englishman.

Nobody in the car was injured. The victim on the motorbike was sent to the hospital immediately after the accident.

The motorcycle and Camary have been confiscated for a legal procedures. 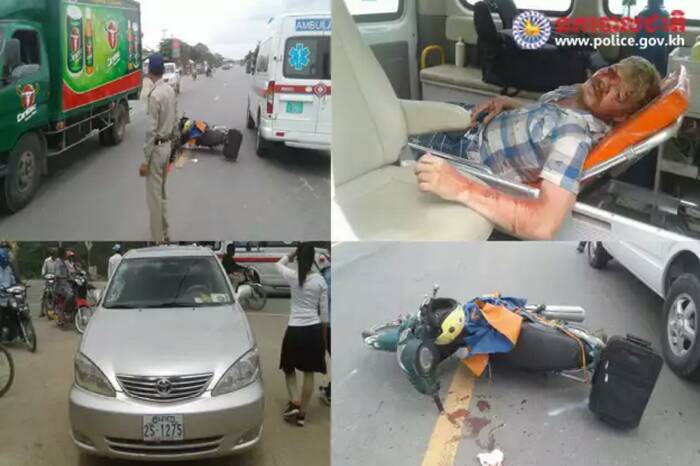 Re: An English got a traffic accident

Good old An Thony, i miss that guy

Re: RE: Re: An English got a traffic accident

Topblo ke.
"Life is too important to take seriously."

Re: RE: Re: An English got a traffic accident

his brother is also Nic Elad