Breaking news from Cambodia can be found here. CEO often finds Khmer news and translates it into English for our readers if it is interesting to expats, locals, Cambodians living abroad and anyone who wants to stay informed of the latest local and international news stories about Cambodia and our neighbors in South East Asia. There are many sources for Khmer news articles and they can all be found here in one place. Most of the media comes out of Phnom Penh, Siem Reap or Sihanoukville, but we cover national Cambodian news from all provinces.
Post Reply Previous topicNext topic
92 posts Royal Railway, which has a 30-year concession to operate Cambodia’s rail network, will operate two passenger train services a day between Phnom Penh and Sihanoukville during an eight-day trial period starting April 9, it announced on its website yesterday.

One train will leave Phnom Penh at 7am, coinciding with the departure of another train from Sihanoukville. The trains will complete the 266-kilometre journey in about eight hours with stops at stations in Takeo and Kampot.

Tickets for the full journey will cost $7 for all classes, though air-conditioned carriages are only available on odd-numbered days, a railway official said yesterday.

Okhna Kit Meng is the director of Royal Railway Company 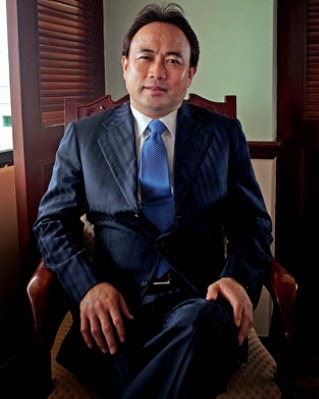 good luck to them and I would try that service. Eight hours is a bit long compared to the bus services but I could sleep on a train
which is something I could never do travelling with some of those bus drivers
Top

Everywhere else in the world the train is faster than the bus... not sure why anyone would take this except to save a dollar or two on the bus ticket...
"If you want a vision of the future, imagine a boot stamping on a human face - forever." - George Orwell
Top

33 km/hour. Even if they had a food service with bar rail car(which seems obvious they won't), it would be tediously boring. I'd maybe do it once for the novelty of it.
¯\_(ツ)_/¯
Top

The train from Bangkok to Ayutthaya is even slower, about 4 hours for 80km.
Top

walkjivefly wrote:The train from Bangkok to Ayutthaya is even slower, about 4 hours for 80km.

Someone told me there is a passenger train from Bangkok to Pattaya that takes over 5 hours too. I think that same drive is down to 1.5 hours or so?
¯\_(ツ)_/¯
Top

I'd take it if they put a sleeper car on it. How about they run more container trains and get the trucks off of highway #4 (Death Highway From Hell.) The container truck mafia won't let that happen and the officials would lose their tea money. $$$$$

Where can one buy a ticket on this train ?
Cambodia,,,, Don't fall in love with her.
Like the spoilt child she is, she will not be happy till she destroys herself from within and breaks your heart.
Top

Duncan wrote:Where can one buy a ticket on this train ?

I dunno but I would guess the old train station that was rehabbed back in 2012 or so. Just a bit west of Preah Monivong and Street 108, around there.

I haven't seen any pics of the train station refurbishment in SHV, though.

Duncan wrote:Where can one buy a ticket on this train ? Yea, he's got a ticket to ride.

Cambodia,,,, Don't fall in love with her.
Like the spoilt child she is, she will not be happy till she destroys herself from within and breaks your heart.
Top
Post Reply Previous topicNext topic
92 posts