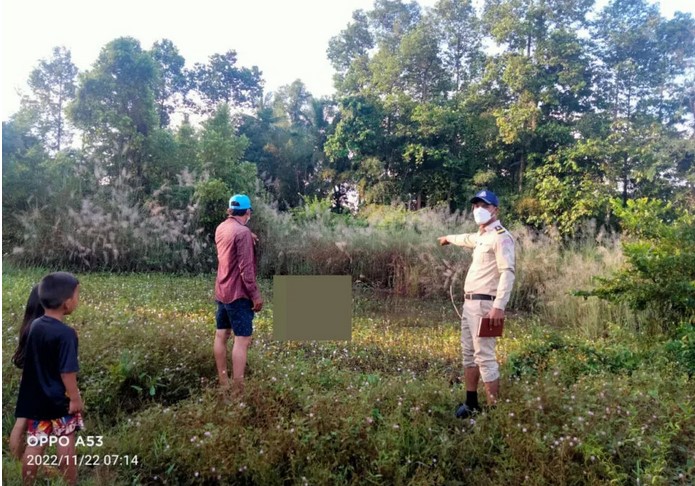 Cambodia News, (Pursat): According to the Ministry of Interior's Education Page, police reported that a man had lost consciousness in a pond while drunk, and died naked in Boeung Chhouk village, Khnar Toteung commune, Bakan district Pursat.

At 6:00am on November 22, 2022, Colonel Khnar Toteung, Chief of Administration, received information from Soeun Soy, a 51-year-old male resident saying that someone drowned in his pond.

According to the post mortem examination, Am Sam Oun, 36 years old, male, living in the commune, died by drowning in the pond of Soeun Soy, which is 10 meters by 5 meters wide and 3 meters deep. The autopsy showed the man had no clothes, swollen, rotten skin, but no scars or bruises.

According to Am Im, a 46-year-old man who was the brother of the deceased, the victim disappeared from the house on the night of November 18, 2022. He added that the his brother was an alcoholic and a drug user.
The authorities have concluded that the cause of death in this case is accidental drowning.
Join the Cambodia Expats Online Telegram Channel: https://t.me/CambodiaExpatsOnline