Nov 14 (Reuters) - The 2022 World Cup in Qatar -- the first edition to be held in the Middle East and second in Asia after Japan and South Korea hosted the 2002 tournament -- begins on Nov. 20 with the home side taking on Ecuador.

Brazil are the favourites as they look to capture a record-extending sixth title and first since 2002, with the likes of Argentina and defending champions France also fancied.

Here is a look at the groups and the full schedule for the 32-team tournament which will crown its champions on Dec. 18.
GROUP A: Qatar (hosts), Ecuador, Senegal, Netherlands.

Okay let's kick this off.

Don't know how to start a survey but what are your predictions for each Group?

I'll just start by saying Canada hasn't been here since 1986 but handily won their CONCACAF division with an impressive record. Fair Group with NO.2? ranked Belgium, Croatia, and Morocco. They may squeak through to the next round. Last time Canada was in they didn't score a goal whole tournament..... embarrassing. GO CANADA!!!!

Agree with the politics absolutely. They never should have been awarded the games and FIFA is definitely a corrupt organization, but Saudi and middle eastern, not to mention Russian money back all of the big teams in Europe so.... Do you ban them too?

Politics aside I think we're all going to be rooting for our favourite teams.

Can we just talk about the sport here? There is a thread about the politics here:

Jamie_Lambo wrote: ↑Sat Nov 19, 2022 5:32 am qatar has announced that alcohol is banned for the world cup lol
going to be a right dull atmosphere this year then

The 'moan about Qatar' thread - lack of beer and human rights and the rest - is right here:
post571115.html#p571115
Join the Cambodia Expats Online Telegram Channel: https://t.me/CambodiaExpatsOnline 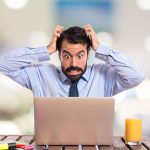 Every time they won there was a party in the streets, and when they got eliminated there was an even bigger party to celebrate how far they came. That was the first time I had any interest in the world cup and have been watching it since.

Now I have no idea who's going to win what, but seeing that Ecuador is playing again I'll be cheering for them to start it off

“The fundamental cause of the trouble is that in the modern world the stupid are cocksure while the intelligent are full of doubt.”
Top

It all comes down to who gets lucky in the penalty shoot outs.
I'm standing up, so I must be straight.
What's a poor man do when the blues keep following him around.(Smoking Dynamite)
Top

Toronto has the most diverse population in the world. The biggest street party ever to that point was when Italy won the world cup in 82. Poalo Rossi
led Italy to the 1982 FIFA World Cup title, scoring six goals to win the Golden Boot as top goalscorer, and the Golden Ball for the player of the tournament (wiki)

The streets are full of open air bars in every neighbourhood with every fan base covered during world cup, except this year of course due to the change in season that the cup is being played , as its fucking freezing and snowing right now on Toronto.

I took my 2 kids and wife down to a Latin neighbourhood to watch I think Ecuador playing maybe Honduras one year. Upstairs in the bar were the Ecuador fans and downstairs were the opposing fans. It was, shall I say very raucous? The wife and kids were terrified but I was loving it.

We left before it was all over just for safety sake but I'll never forget that.
Top

Ya, that's for sure. That is such a fucking stupid way after full tournament to decide the winner. Oh yeah, game's played to a nil-nil draw and the keeper dives left and the shooter goes right, and billions of people leave somehow totally unfulfilled.

I know this doesn't apply to football, but hockey has made many changes to the game to improve the entertainment value. This included making goalie equipment smaller to increase scoring, less goons to inhibit the more talented players, penalizing intentionally shooting the puck down to the other end or out of the rink and interestingly reducing the number of players on the ice during overtime during the regular season (NHL only, not Olympics). I've always said that reducing the number of players on the field for 15 minutes of extra time and then reducing again of still tied would be 10 times more exciting than a shootout.

Can you imagine the best 8 players going all out in extra time, and then 7? No clogging up the net, fast breaks, end to end.

Users browsing this forum: No registered users and 19 guests