Do you have a Cambodian trip report you want to share? Post it here, and feel free to link to your blog if it's a travel blog for Cambodia, South East Asia, or anywhere really. You can ask and answer questions about travel advice in Cambodia or just share your pictures and videos with us. Most people who live in or visit Cambodia have also checked out nearby countries like Vietnam, Thailand, Laos, Myanmar, Malaysia, Indonesia and the Philippines, and you can get to most of these countries by traveling overland, so put any travel plans, reviews or questions here. Discussions about dirt bike trails in here as well.
Post Reply Previous topicNext topic
13 posts

I booked my Vietnam electronic 30-day visa two weeks in advance. It was promised in 3 working days. Ordered it on a Tuesday afternoon, and received it the following Friday morning. Cost US$25 using a credit card.

Got my PCR test done on a Saturday, 48 hours before the flight and received the negative result 10 hours later. Bit of a surprise, since it was supposed to come the next day. Provider MedConsult, Sukhumvit soi 49/9 Bangkok. Price a very cheap 1500 baht. That explains the very busy testing area. Still got in and out in something like 20 minutes. Got a PCR last October at MedPark Hospital for 4500 baht!

So, off to Bangkok Airport Monday this week. Very efficient Vietnam Airlines check-in: passport, ticket , VN visa and PCR result -- I held back on the PCR result to see if they'd ask for it. They did. But no insurance or vaccination check. Almost no passengers at security and passport control, not even 5% of the numbers, pre-pandemic.

Lots of standing around by airport staff and "duty-free" shop clerks and largely empty corridors to the gates.

Flew with VN Air, which is better (and a bit more expensive but worth it) than VietJet in my experience, the latter tending to always be late and not even having a gate number upon check-in.

Landed and parked our jet at SGN Airport at 12:58, very near the immigration area. Was out on the street at 1:18 pm -- 20 minutes, which includes 6-7 minutes waiting for my bag. No kidding!

Immigration officers, who had only just taken their positions at the desks, only had our VN Air flight VN600 to deal with. Handed him my passport and VN visa letter. Maybe 1 minute and a half, stamped in and done. Didn't ask for proof of insurance, vaccination, or PCR test -- the latter item was requested at BKK Airport.

The place was as empty as it was way back in March 2020 when I scooted back to Bangkok before Corporal Prayut shut the doors. Only 4-5 taxis outside, almost no customers. 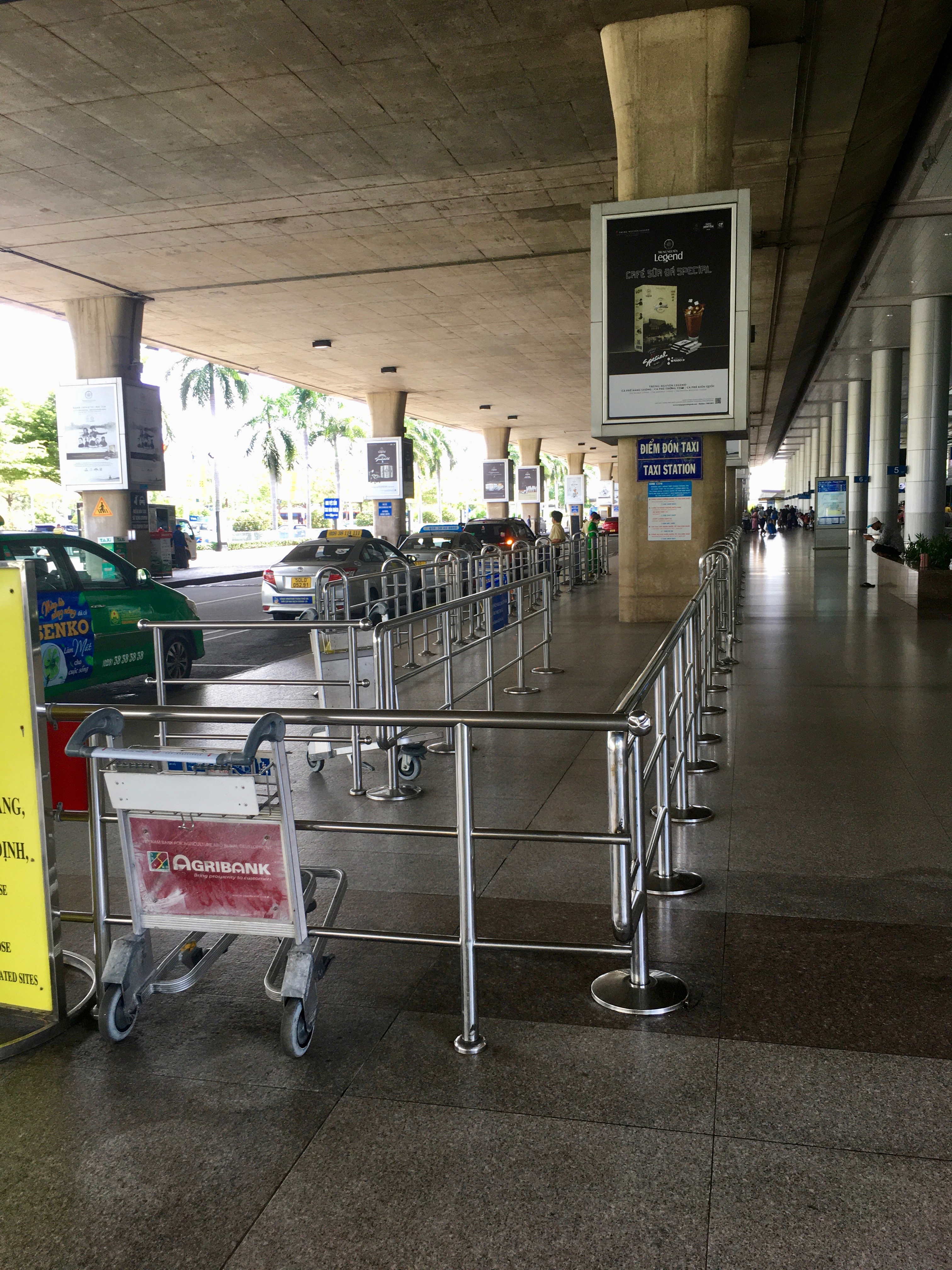 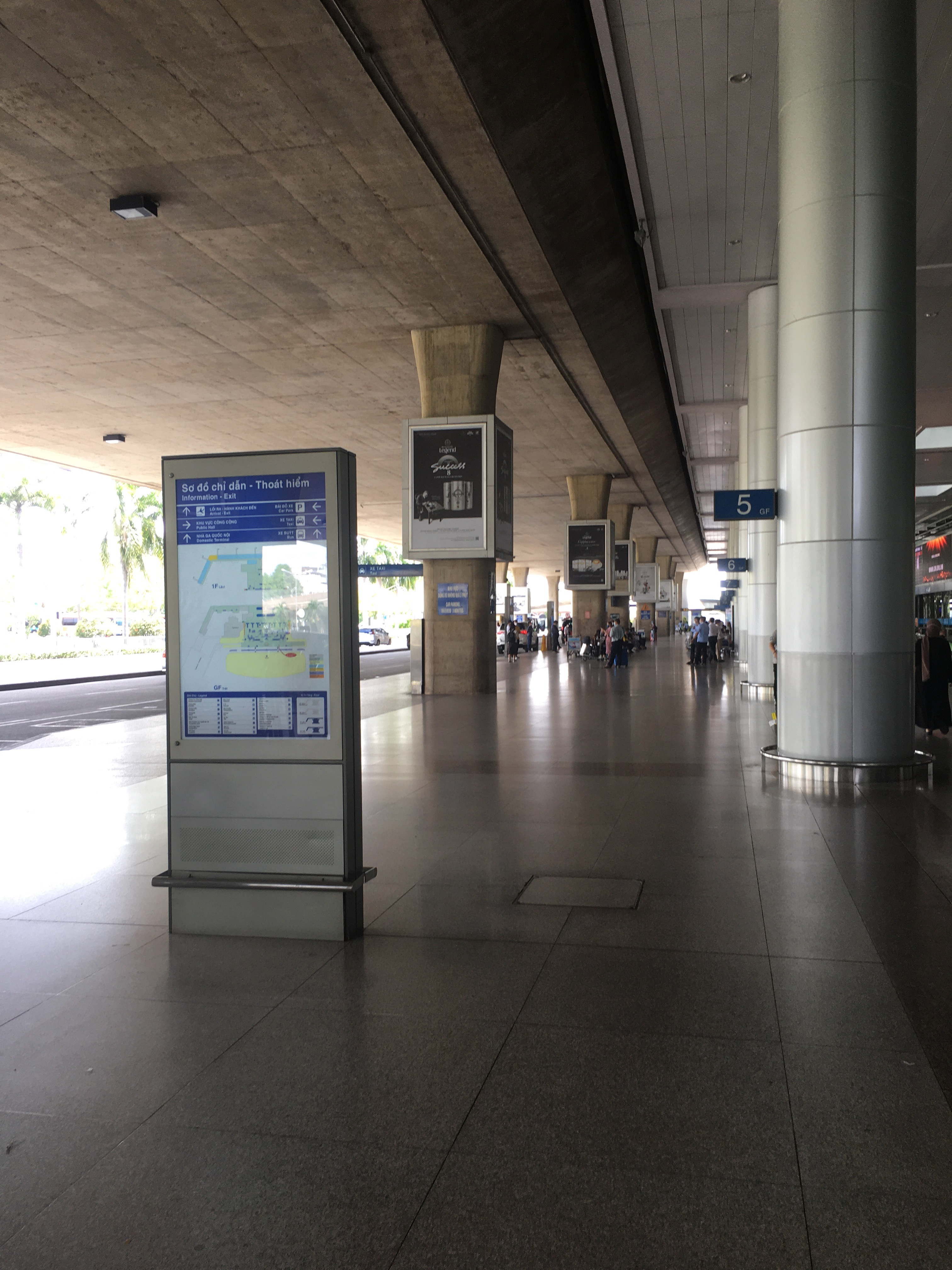 Side report on BKK airport duty free shop: I asked for Mevius cigarettes. "There is none, in the entire airport. Only Thai and Chinese," said a clerk. WTF? It's true, I eyed many brands I've never heard of. So, looks like every premium western brand has been removed from sale at the airport. Marlboro, Mevius and Camel were nowhere to be found after opening every door of the "display" cabinets. Will be seeing more Chinese products replace western?

Oh, in another head-smacking development, every smoking spot in the outdoor drop-off for departures has been removed and big No Smoking signs erected. So I slinked over to the taxi drop-off area. No one bothered me.

(PS: A PA I heard later announced that the airport property, inside and outside, has been declared non-smoking.)

Thanks @ExPenhMan for your great report, I'm itching to revisit Vietnam as well and it looks like a painless exercise (especially for a nonsmoker such as myself;).

Enjoy your time in Vietnam!
Top

Landed a few days ago, amazed with how quick customs was, shit they didn't even ask to see my PCR test or Vax record's... About a quarter of the time to pre covid.

So far it looks like everyday businesses are doing fine, but alot of shut hotels, pricing is similar to pre covid for food, etc... Those selling random shit on Bùi Viện feels much worse, but there is a lot less white faces, so I might be getting some extra attention.

Fuck it feels good being back in Asia, I like my job back in Australia, but I need to work out a way to push that expat life button sooner.
Top

Alex wrote: ↑Wed May 11, 2022 11:16 am Thanks @ExPenhMan for your great report, I'm itching to revisit Vietnam as well and it looks like a painless exercise (especially for a nonsmoker such as myself;).

Enjoy your time in Vietnam!

Very painless, I got through customs n thought I did something wrong in how easy it was.
Top

Good that travel is back! VietNam has suffered hard the last couple of years due to the Chinese Virus. So many people went bust. Hopefully, tourism can come back there and get people going again.
Top

roadman wrote: ↑Wed May 11, 2022 10:46 pm Good that travel is back! VietNam has suffered hard the last couple of years due to the Chinese Virus. So many people went bust. Hopefully, tourism can come back there and get people going again.

I'm in Vung Tau. Supposed to stay a month and out due to 30-day visa. However, I will be leaving much earlier. I'll keep this short.

1. Bar and restaurant customers are very thin on the ground. Many are closing early as there are few or no customers to be had. Two best fun places are shut, one permanently.
2. Lots of businesses -- drug stores, clinics, chain convenience stores, eateries, bars -- are shuttered and/or boarded up. Especially true of businesses oriented toward domestic and foreign tourists.
3. Almost no taxis on the street normally crawling with them. Taxi giant Vinasun has left the business here. Saw my first green Mai Linh taxi on day 3. Most taxis are ghost taxis, plus Grab, if you can get anyone.
4. Prices of everything have definitely gone up. Meal prices catching up with Bangkok's high priced pubs.
5. Transport between HCMC and VT is at a very low frequency. The fast ferry is just once a day. The one I took on May 9 to VT was at about 30% capacity.
6. And finally, damn, internet sucks here on my new Vinaphone service and some wi-fi service at bars and eateries. Some times web page images won't load. My home and mobile services in Thailand blow VN away.

What VN needs to do is come up with a generous Tourist visa, such as 6 months or a year, the latter like Americans can get (well, not yet, apparently). Two sources say a committee is weighing reinstating the 90-day Tourist visa on June 2. But this one requires a residence stamp very 30 days. Then you have to leave VN. I'm not holding out much hope for, for example, a retirement visa.
Top

Sad to hear it didn't go well there. I used to love visiting Vung Tau.
Agree about the visa situation. It has always been a problem for Nam. They just don't make tourism easy like Thailand does.
Top

HÀ NỘI — Việt Nam will drop the COVID-19 test requirement for visitors entering the country starting from 00:00am May 15 as the pandemic has been brought under control.

It wasn't 6 months ago they had everyone locked in rooms. Now the mighty tourist dollar is required again I guess.
Top

In Hoi An now, seen more westerners here then what I saw in Ho Chi, still very quiet compared to 2 yeats ago when I was here, lots of closed hotels(but mine seems pretty busy, mixture of Vietnamese n foreign guests)