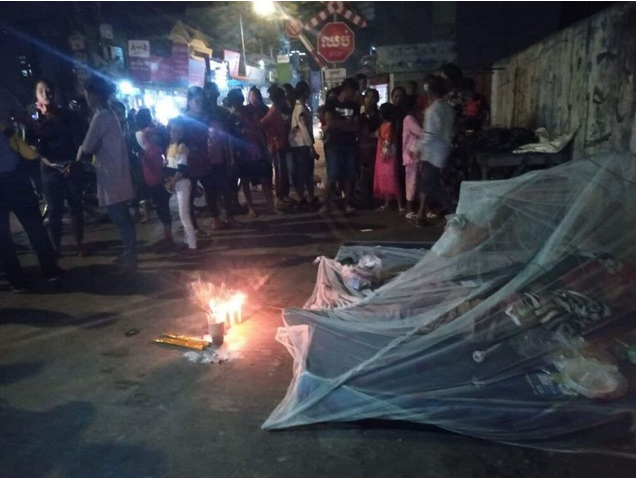 Cambodia News, (Phnom Penh): A man who was old and had a chronic disease was abandoned on the sidewalk, and then fell asleep sadly. (Deceased). Surprised, people gathered to watch this incident that occurred at 8:30 pm on January 10, 2021, along the street at the train station, near Neak Voan pagoda in Daun Penh district, Phnom Penh.

According to local sources, that same morning, at 6:00 am on January 10, 2021, they saw a candy-colored Corolla (but did not remember the license plate) who dropped off an old man, reportedly named Choeun, before it drove away, leaving him on the pavement. The old man was in a bad physical state, and was also mentally confused, not knowing who he was or the name of his family.

The local people took pity on the old man, and they took him a mat, a mosquito net, and some food and water. They asked how they could contact his relatives and where he came from, but he was in no condition to answer their questions. He died at about 8pm that evening.

The event was reported to the local police at Srah Chak to help search for relatives and identification of the victim, and the police confirmed that the victim died of a physical illness. 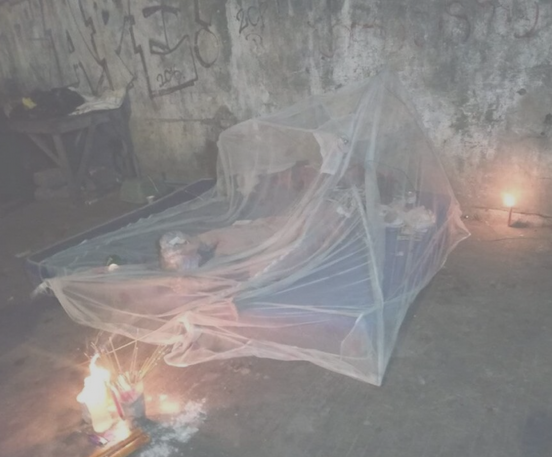 The body of the victim has been taken by ambulance of Chaktomuk Referral Hospital to be kept at Wat Tuol Sak Lok to wait for relatives to receive the body for funeral rites according to the tradition. RIP.
Cambodia Expats Online: Bringing you breaking news from Cambodia before you read it anywhere else!