Cambodia News(Phnom Penh): On December 18, 2020, at 12 pm, a man committed suicide by hanging himself in a tuk-tuk on the concrete road, Sangkat Chroy Changvar, Phnom Penh. 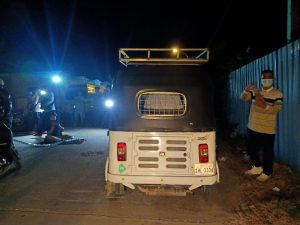 According to a woman who is one of the victim's family, the victim was identified as Nuth Sarom, 40 years old, he had a 30-year-old wife and two kids, and lived in Sangkat Backeng, Khan Russey Keo, Phnom Penh. 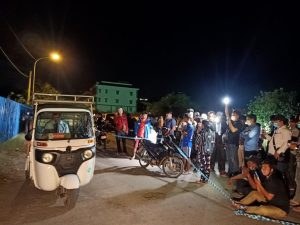 Nobody knows exactly when it happened. The woman said that when she went out to buy something, she walked close to the tuk-tuk and looked inside, and then she saw the victim's body was hanging there. From a distance it looked like the man was just sitting very still. When she saw that he was dead, the woman asked the neighbor for help and called the police.

The specialist police went to the scene to examine the body, and then it was returned to the family for funeral preparation. RIP.

Photos of the scene were put on the darknet.
Cambodia Expats Online: Bringing you breaking news from Cambodia before you read it anywhere else!

Re: Man Found Hanging in Tuk-Tuk

Mass depression for lack of $... life is a gift and people with depressed thoughts often think this is a think this is the easy way out. Very sad to see this, again. Always believe that good things are in your future even in the darkest of times. RIP.
Top
Post Reply Previous topicNext topic
2 posts • Page 1 of 1