TOF = The Other Forum.

That is what Khmer440 is referred to on Cambodian Expats Online (otherwise known as CEO).

Everyone starts off not knowing at first.

It’s a moral duty to educate, welcome newcomers and grow the community. Not deride or mock them.
Top

Ho ho ho
And since the revolution, my friend - Who do you think is in control?

(but Shhh, The Gen and A1 still haven't woken up
they still think they are the bosses of these forums.
Ho ho ho)
Top

Thanks for correcting the erroneous statements above regarding the taxation of US citizens' earnings abroad, by citing the actual US law (i.e., the foreign income exclusion thresholds). Gheez, watch out who you're getting your tax advice from around here.
Top 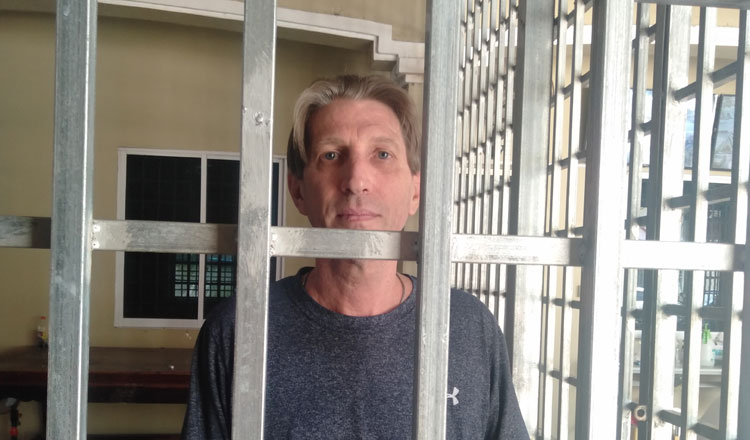 An American citizen is awaiting deportation after he was detained for threatening US Embassy staff and Ambassador Patrick Murphy.

Stephen Sidney Greatsinger, 56, has been held in a Cambodian detention centre for three months pending deportation after the embassy in Phnom Penh complained to local authorities that they had received threatening emails from him.

According to Lieutenant General Kem Sarin, Chief of Investigation and Legal Proceeding Department of the General Department of Immigration, who is in charge the case, Greatsinger was arrested based on a report from the US Embassy.

“He was accused of endangering national security as he sent threatening messages against the safety of the US ambassador and embassy staff,” he said. “The US Embassy reported these threats to us [immigration] and we have enough evidence in the e-mail message he sent to detain him.”

Lt Gen Sarin said Greatsinger has been detained under Article 36 of the Law on Immigration, which states that the Minister of Interior shall have the power to order the expulsion from the Kingdom of an alien (foreigner) whose behaviour or activity is “dangerous to the national security”.

Greatsinger had been living in Cambodia since 2014 when he was detained at his home in central Phnom Penh by immigration police on August 4, for what he was told was due to an “electronic crime against the US Embassy”.

Greatsinger is notorious for posting extensive obscene and abusive content on a popular online Cambodian forum under a pseudonym until he was eventually blocked by the site’s administrators.

... According to publicly available records in the US, Greatsinger has been arrested several times in the US throughout the 1990s for crimes ranging from drug possession, destroying property and theft of a motor vehicle.

It appears these previous felony charges caused an issue in allowing the embassy to renew his passport in 2017, which then led to a dispute over a scheduled appointment to pick up his renewed passport which turned physical between him, embassy staff and his partner.

Greatsinger has admitted to attempting to scale the embassy fence during the incident and was threatened with being shot by an armed guard. He has held an apparent vengeance against the embassy ever since.
Full article: https://www.khmertimeskh.com/50779261/a ... mbassador/
https://www.khmertimeskh.com/50779261/a ... mbassador/
Cambodia Expats Online: Bringing you breaking news from Cambodia before you read it anywhere else!

what a shit storm he created.
In a nation run by swine, all pigs are upward-mobile and the rest of us are fucked until we can put our acts together: not necessarily to win, but mainly to keep from losing completely. HST
Top

Why is it a dilemma?
He’s got no choice.
Don’t listen to Chinese whispers.
Top

Wilhelm wrote: ↑Tue Nov 03, 2020 1:46 pm Thanks for correcting the erroneous statements above regarding the taxation of US citizens' earnings abroad, by citing the actual US law (i.e., the foreign income exclusion thresholds). Gheez, watch out who you're getting your tax advice from around here.

Welcome new sock. I’ll assume that’s directed at me. I’m not a tax accountant. I have spent a fair amount of time overseas. Iirc, you are allowed less than one month in the u.s. in a calendar year before you are obliged to pay u.s. taxes( hi mom). Feel free to check it yourself. Also note that all foreign bank accounts that you are signatories to must be declared and may be taxed. Enjoy
up to you...
Top

Greatsinger has admitted to attempting to scale the embassy fence during the incident and was threatened with being shot by an armed guard.

That's insane. There are a few embassies you could probably get away with jumping into for at least a few minutes (Cuban/ German/ Pakistani). The Chinese, French and especially US ones are not advisable! The French Embassy has probably got the nicest forested grounds in the city, they have open days. Otherwise the Legionnaires guarding it might not be much fun to encounter. As far as I know the US embassy is guarded by Marines.
Silence, exile, and cunning.
Top
Post Reply Previous topicNext topic
78 posts