Another look at Cambodia, with video from 2007.
From Dave Perkes Facebook page: 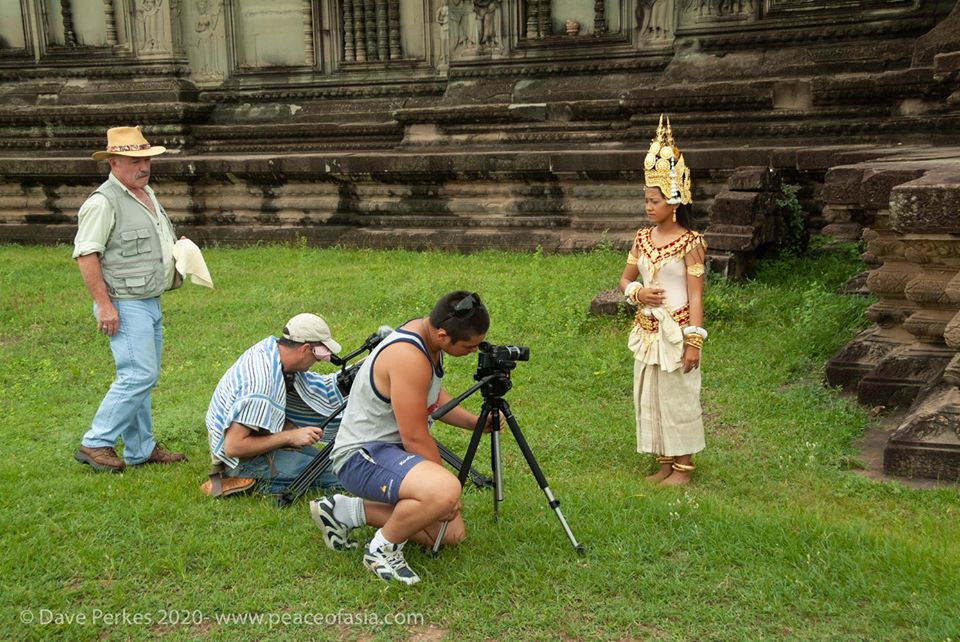 ON THIS DAY APRIL 23
SPLASH OF COLOR WITH ROBERT HAGAN
This was the first video film I’d been involved in, back in 2007. It was an exciting project which I had a large input, featuring my photography and an interview at Ta Prohm Temple.

The video film by Australian artist Robert Hagen was part of a series for the Discovery Channel. I was excited to see this HD video of the shoot is still online on Utube 12 years on from its original release. 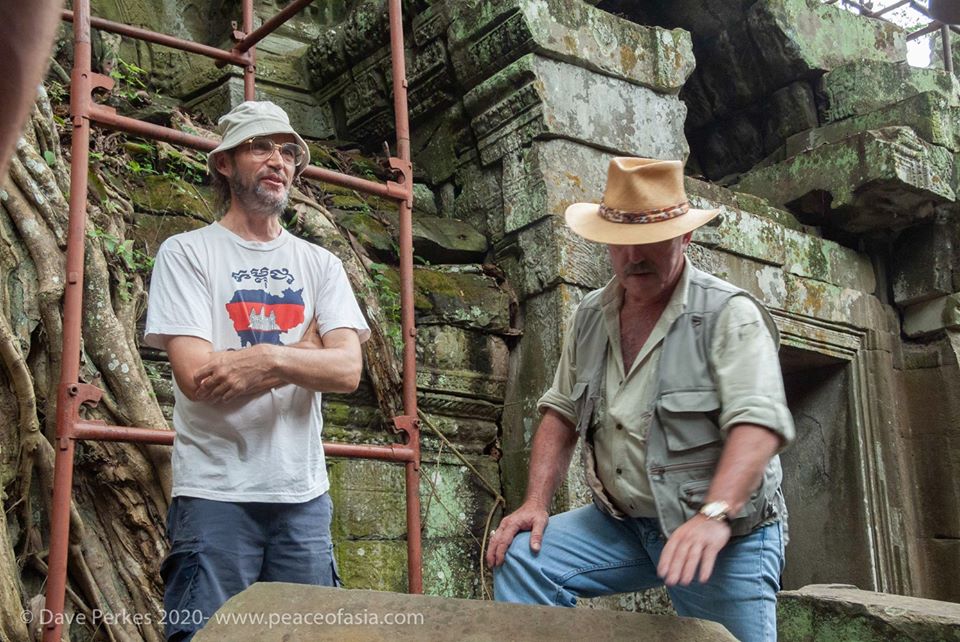 Take a look at the video which gives some background to Angkor, film of life in Siem Reap town and the Tonle Sap Lake; as well as shots of me in action at the temples (at approx 16 mins) I’ve included some off camera shots taken during the two weeks of filming.

The brief was to find a location for Robert to paint a picture which would be a key part of the film, The picture would be auctioned for the benefit of a charitable cause.
I took Robert and the film crew to a location at the temples which would be ideal for what he had discussed. Ta Som Temple was ideal as it had to featured the classic architecture of Angkor and multi faced tower, it was also relatively quiet.

Robert asked me about getting a monk to pose. That was not a problem I said, we could go to a Buddhist Pagoda to discuss with the head monk and give a donation.
That was not all; we wanted shots of street life; monastic life, Tonle Sap Lake and a number of other places that would add context to the film. Ta Elit played a key role in this; as his ability to organise things and translate, was vitally important.

We visited Wat Bo Pagoda, where with the help of our driver, Seng, we arranged for a monk, to use for the shoot. I took them to other locations around town and out in the countryside. I told them of a secret sight at Ta Prohm which at that time was not well known. I took them to the location of a small deity hidden among tree roots. I was filmed and Interviewed on camera there.

Robert asked about any ideas for a charitable cause. The finished painting would be auctioned at the end of the show. After previous shows, money raised went into thousands of US Dollars. I took them to Sen Sovantha; Director of the Angkor Disabled Association.

This organisation raises money for disabled Land mine victims. Colleen and I had been giving them financial assistance since we first met him selling books back in 2003. Sovantha was a land mine survivor. The term victim was inappropriate for a guy who, although without legs had such ability. So a shoot with the disabled musicians was also needed.

It all went well until part way through the first week Robert and the William the Film Director had a big dispute and would not even talk to each other. I was in the silly situation of having to act as a go between; relaying messages between the two. It looked like the whole shoot would go belly up.
By using my best tact and diplomacy I managed to get them talking again and resolving the problem.

The filming was too much to do In one week. I’d given them so many ideas that they had not thought of, so the shooting had to be resumed some weeks later.

After the crew returned we had more shots around the temples and the painting of the monk at Ta Som. Robert wanted a helicopter flight. This would not have been a problem as I had contact with Helicopters Cambodia.

Sadly no Helicopters were available as a plane carrying Korean tourists had disappeared in the remote Cardamom mountains. Helicopters Cambodia were involved in the search for the ATR between Shianoukville to Phnom Penh. It took several days to find the wreckage. The Aircraft had run out of fuel and crashed into a mountain killing all on board.
So we shot on the tethered Angkor Balloon instead.
Anyway the shoot was competed in two weeks with some shots from Thailand.

The film was broadcast in 2008 on Discovery Channel as part of Roberts Splash of Colour series. I never saw the finished film as it was not available to view in Cambodia.

It's amazing to think that 13 years from the shoot I never saw the end result until today , 23rd April 2020, for the first time in HD!