Discussions about restaurants, cafes, coffee shops or bars in Cambodia. Feel free to write any reviews you have, whether its the best burger you've had in Phnom Penh or the worse pizza in sihanoukville, we want to read it! Discussions about Khmer dishes are also in here, or you can leave your own. If you own a restaurant, feel free to let the expat community know about it here so that we can come check it out. Found a favorite cafe or have a place we should avoid? Tell us about it. Asian recipes & questions are always welcome.
Post Reply Previous topicNext topic
315 posts

Chuck Borris wrote: ↑Thu Sep 02, 2021 2:21 pm I like to eat Indian food occasionally, but it taste and look all same to me. Some muddy mash, over-spiced that you only taste spices, nothing else in the dish. I miss fresh veggies, salads, sour. When I was in Sri Lanka, I enjoyed their food for one week, after I get bored. I guess it would be same in India.

I too was in Sri Lanka for a little longer then your time there, although my plan was to renew my visa to India, and return back to India on my air ticket of just over one week. Unfortunately when I did go for my flight I was informed because of the latest unrest and bombing in the capital, with apologies, my seat was resold to someone who wished to leave the country, and also they and other airlines were fully booked for the next few weeks. So extended holiday, and the food was good.
Chuck Borris tell me do you enjoy Cambodian food?

I am not saying it was not good, just not as diverse as I expected for my taste. I loved Coconut sambol.
I like Khmer food if is not to sweet, love fish or crab amok, for me they have best sea food in this region. I love beef here, they can even prepare a tasty meal from a buffalo who died from oldness.

I have had some good Cambodian food, it's a pity that its not good everywhere, but we could say that for the food in any country. Thai food I will join you too with that experience, but again it can lack here in the city of Phnom Penh. That's one of the things about Phnom Penh being the capital, it doesn't seem to have the best foods on its agenda, some, yes, but not too many.
It would be worth the fun here, to see what restaurants followed on in numbers after the predominant Cambodian restaurant. has there are a good number of Indian restaurants around the city.
I too also enjoy many other countries foods, and that of my own country, I enjoy cooking meals myself too. Has you say Brits have special relationship with Indian food, not all I may add, I have friends and family who would not go near the food, even the smell of spices put some off. Also I think I would be correct to say it is probably also a regional preference like I have quoted before. Queen Victoria had the Indian cooks and their regional dishes, but the real Indian restaurants are few and far between, again regional, North and South of the Uk. In the Southern parts of the country you will discover more Bangladeshi restaurants, and Northen more Pakistani, but still mostly called Indian restaurants, because they serve mainly Indian dishes by name, but they certainly differ in variation and taste. Not to forget the real addiction to a good curry dish.

Spigzy quoted above that here it has been hard to give any Indian restaurant more than a 6/10. I agree with him totally, and he maybe very modest with his generous overall score, I personally have found myself disappointed 8 times out of 10 but carried on to hopefully find something of the opposite score.
Always "hope" but never "expect".
Top

I called at Taste Budz the other night, ordered a takeaway meal of Mutton Masala with Chapattis. 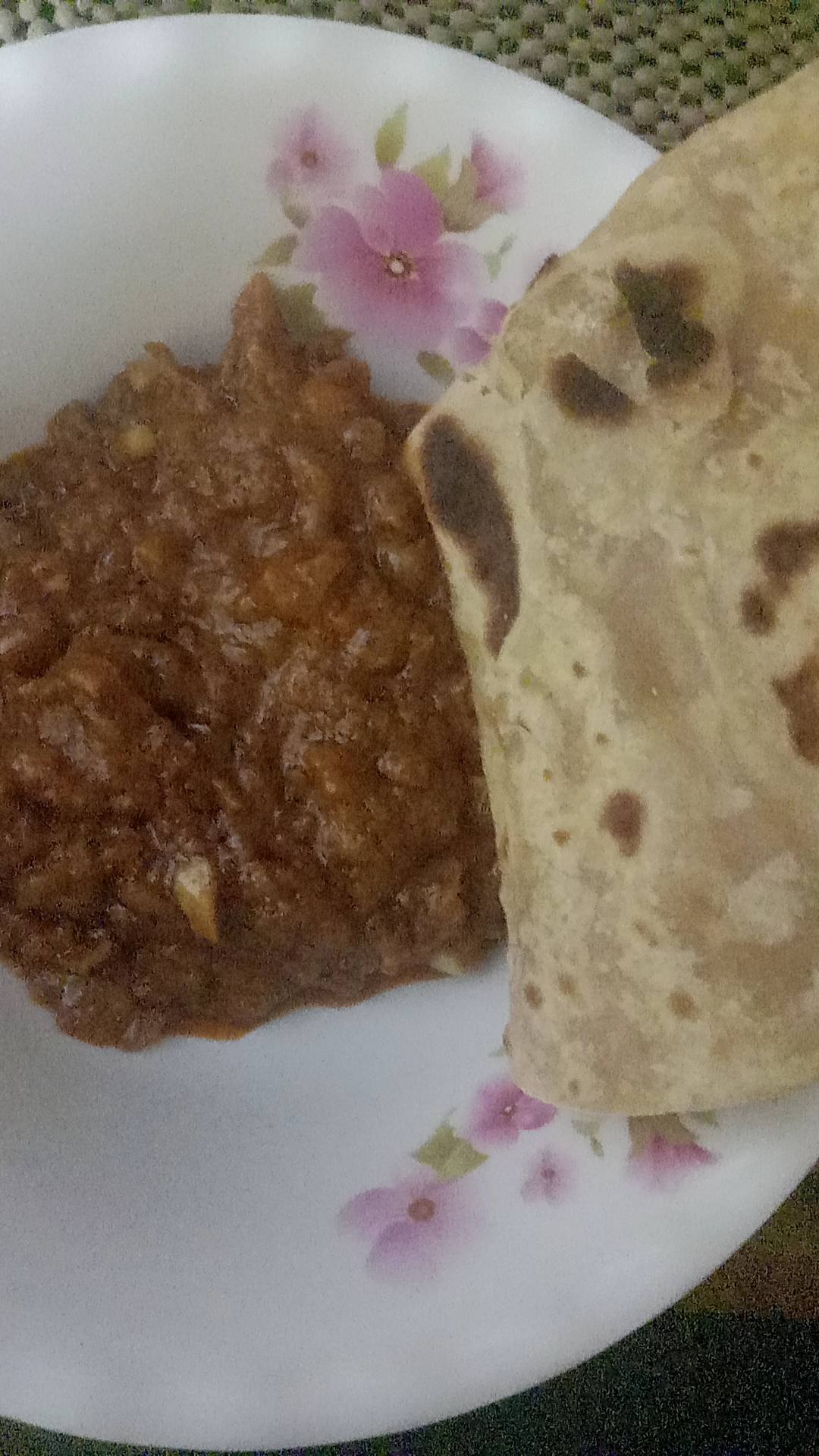 And, sorry guys I was most disappointed with the meal, infact I didn't get to eat half of it, due to when I did get to a scrap of meat, it was just not edible. That's what they call mutton, being a piece of fat and mainly tougher than old boots.
Always "hope" but never "expect".
Top

I have had so many disappointments of late, that its finally time too end my quest in the search of a good curry in the city of Phnom Penh. I will stick with the small few that I have found to be good, or at least acceptable on price for quality.
Princella Flavors Of Saffron has got to be up there with the few better ones. 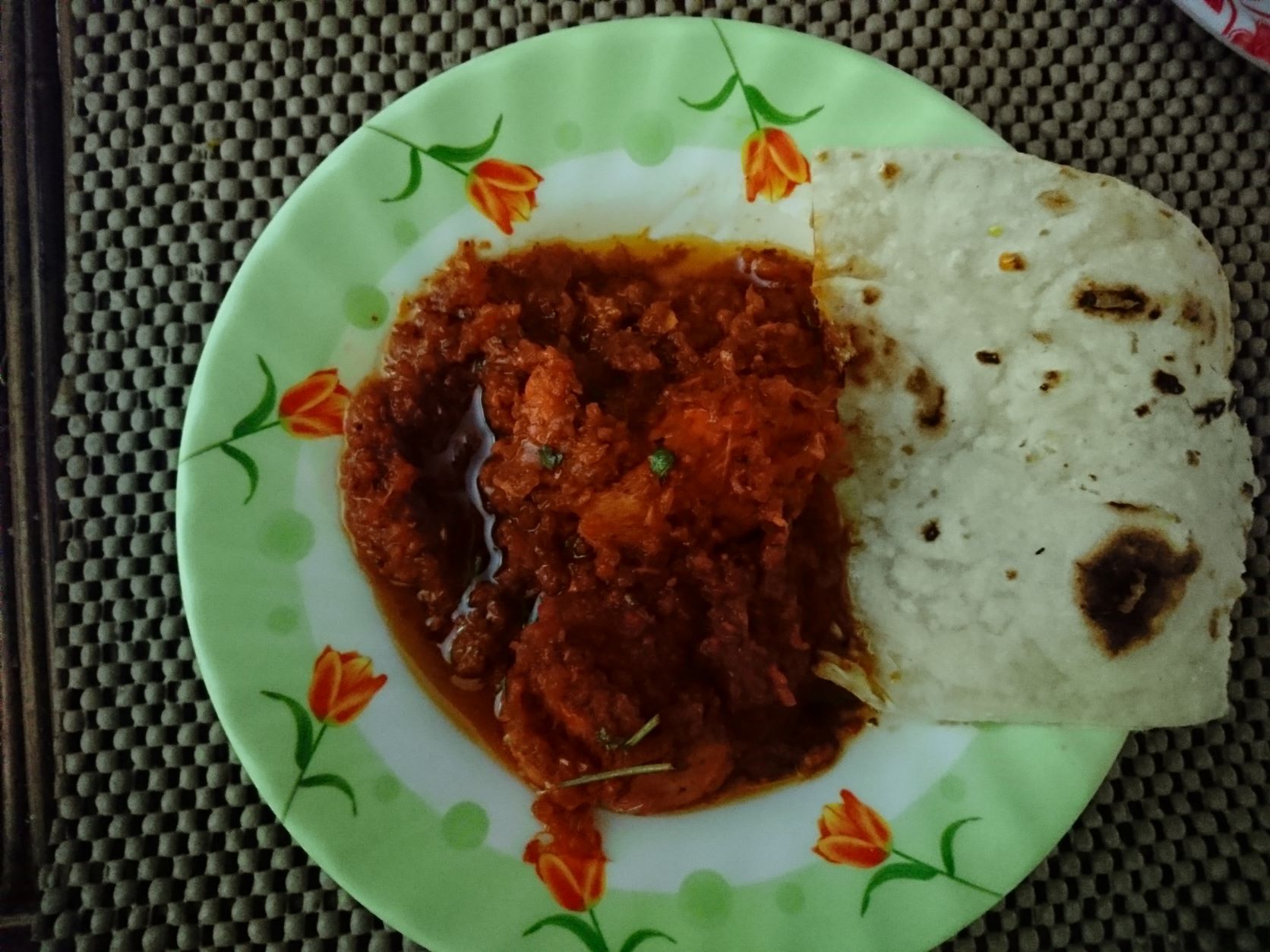 I thought I would give this restaurant a little reading space tonight, Flavors Of India II. I have been eating their food dishes for a number of years to date, and I would put it on my good curries list, although some of their dishes are exceptional, at times they tend to suffer just a swaying a little from not always being consistent. Overall the food is good at a fair price.
There has been many times that I would have a ride over to the restaurant at Street 123 Tuol Tom poung. Still being a short stones throw from home I would make the order for takeaway food, but sit and wait outside with a glass of sweet lassi or a cool beer.
What captivated me tonight was seeing a new entry on their food panda menu, "The Book of Why: The New".
So, any ideas? I looked on the internet for something relevant too the entry, because it seemed rather odd. I came up with the book and it's reviews, ‘The Book of Why’ Examines the Science of Cause and Effect.

The Mutton dish comes with rice, too myself the dish resembles a good bhuna gosht. 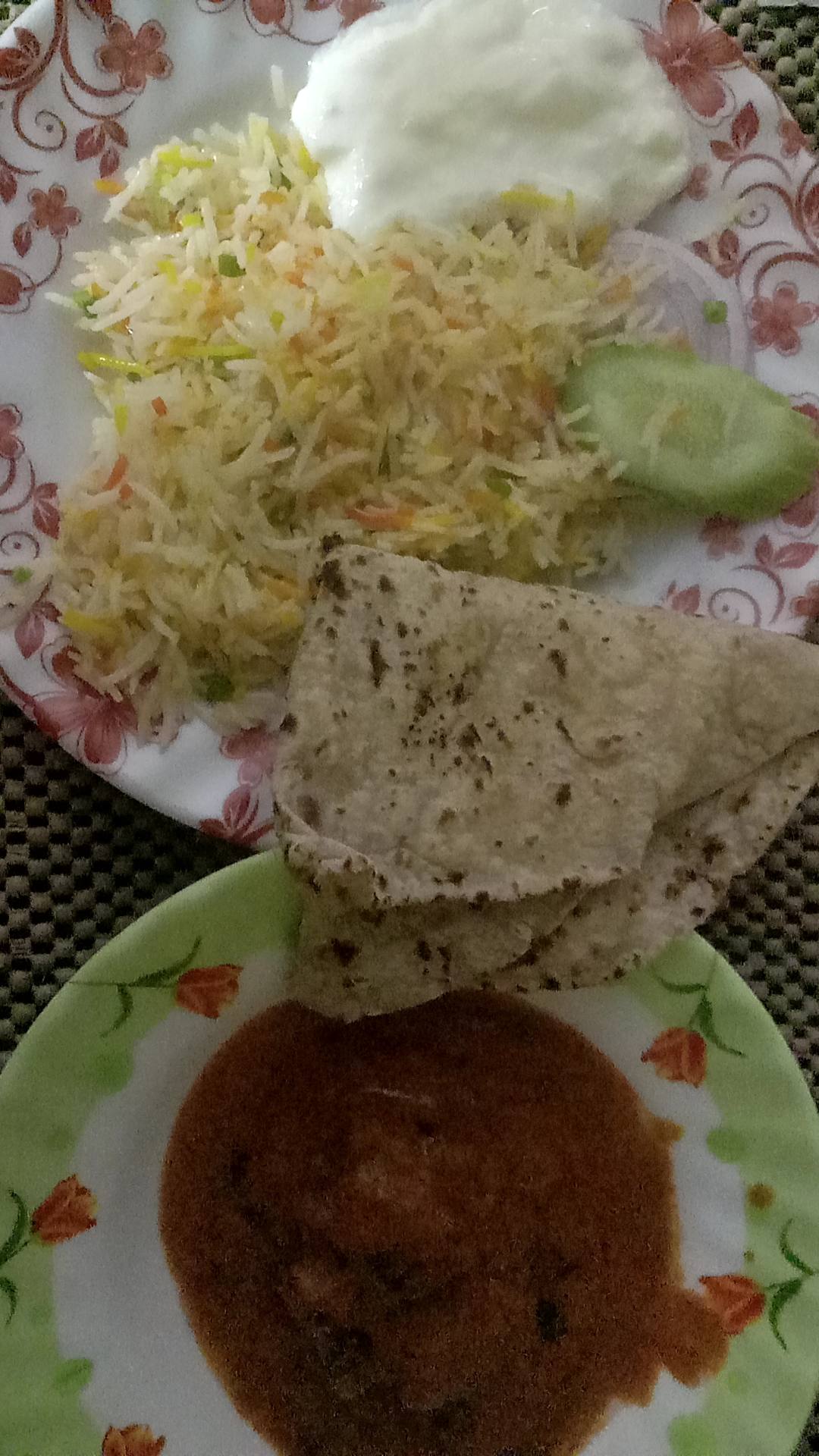 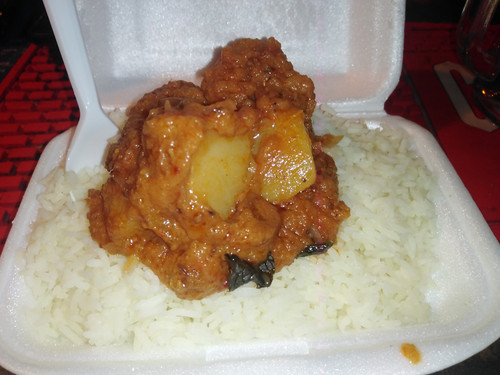 Jerry Atrick are you vegetarian by any chance. I hope the meal was satisfactory. If I tend to go the veggie way, I prefer some potato dish, such has Aloo Gobi or Malai Kofta.
Always "hope" but never "expect".
Top

Jerry Atrick are you vegetarian by any chance. I hope the meal was satisfactory. If I tend to go the veggie way, I prefer some potato dish, such has Aloo Gobi or Malai Kofta.


No, I'm an omnivore on a budget

No family around today, which is rare, so a cheeky curry

It was very good indeed
Top

Early evening I was over on Street 107 looking for small bicycle wheels. From there I had a ride up too, and past Central Market ending on Street 136 at the Taj Mahal Restaurant ordering a meal too takeaway, having a sweet lassi while we sat waiting outside for the meal too be ready. It was nice and cool at that time after the earlier downpour of rain, it was only raining lightly on our journey here and there, my Khmer partner said it was a little cold for her. I have seen and passed this restaurant on many occasions in the past, and thought I will give it a try. Now my partner said I have had a meal from there before, I can't remember either way if I have or not. She said it was once when traveling and staying over the road at the Hello guesthouse on the opposite side of the street. I would use the guesthouse for it's convenient secure ground floor parking when traveling by moto, the place was recommended to me when years ago I bought my first moto in Phnom Penh. 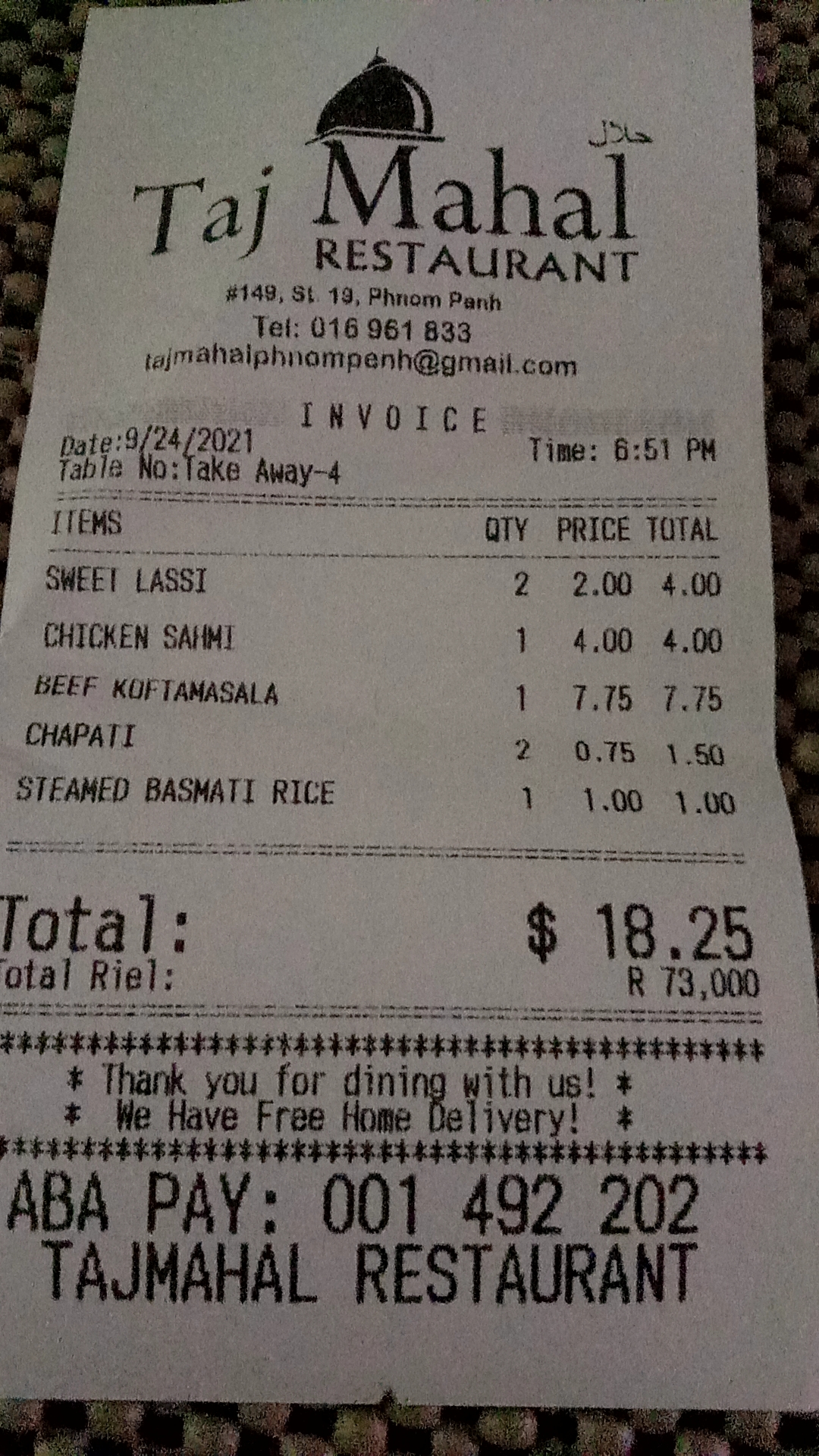 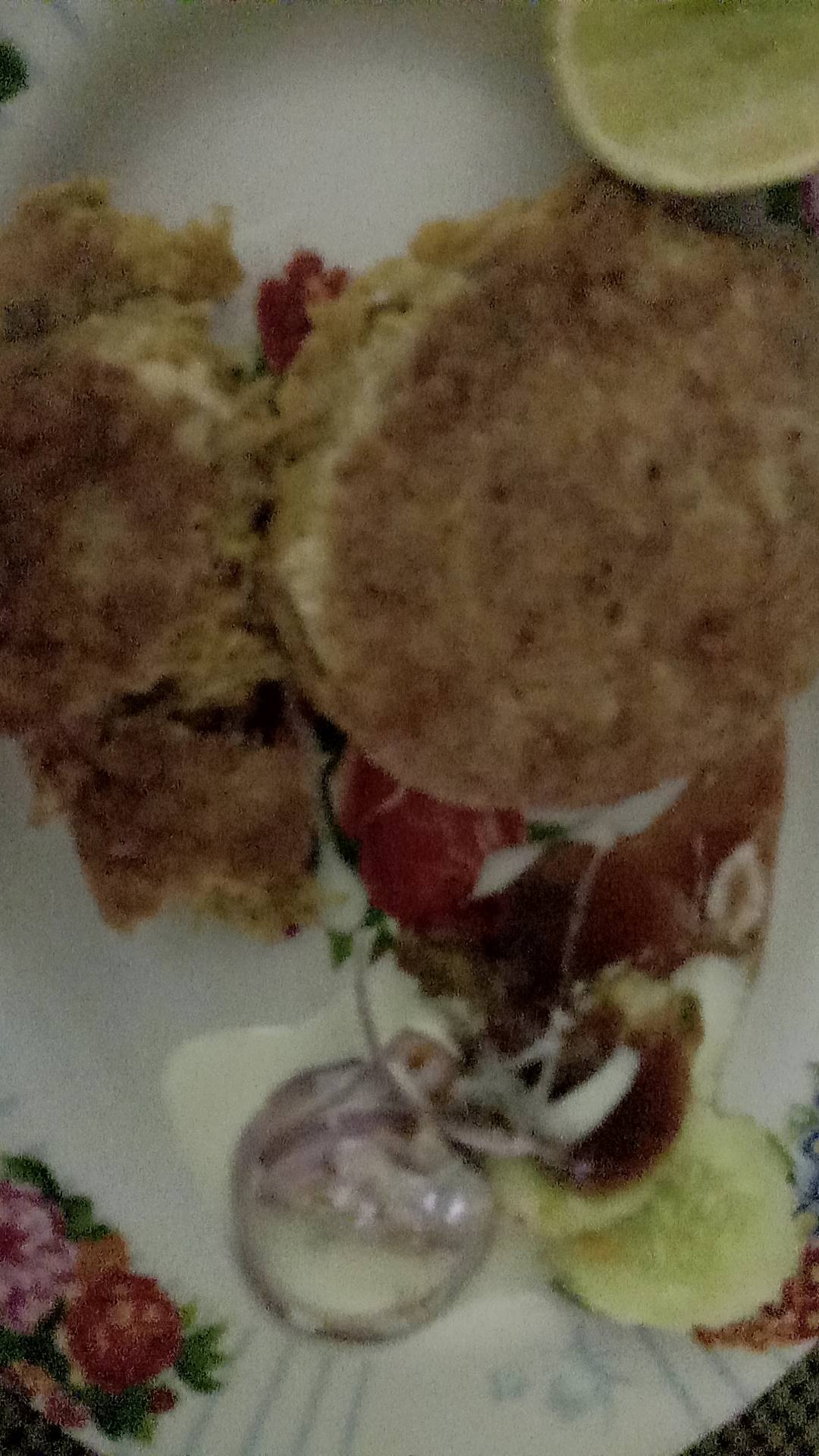 The main dish Beef Kofta Masala, not bad overall but a little bland. 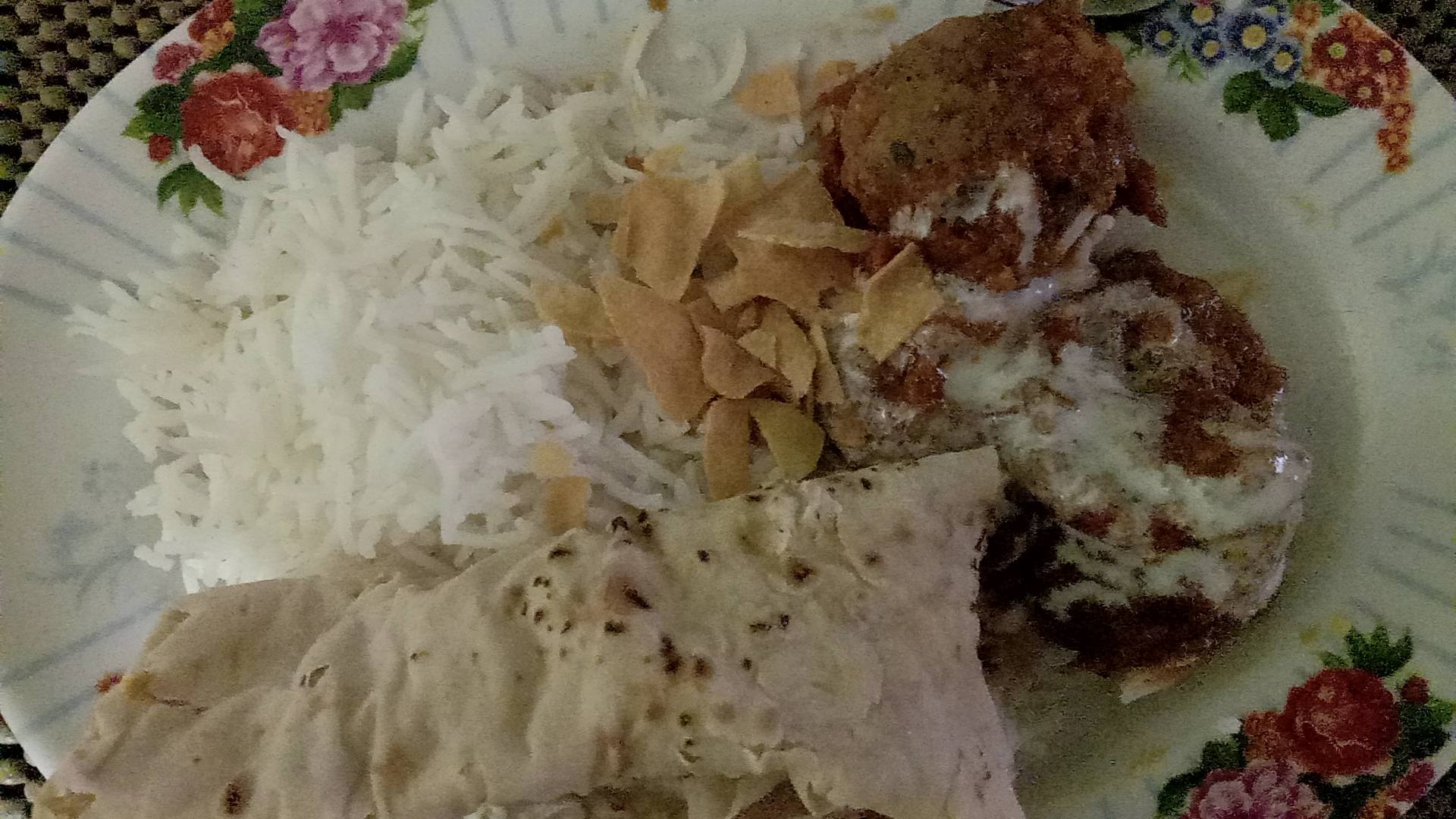 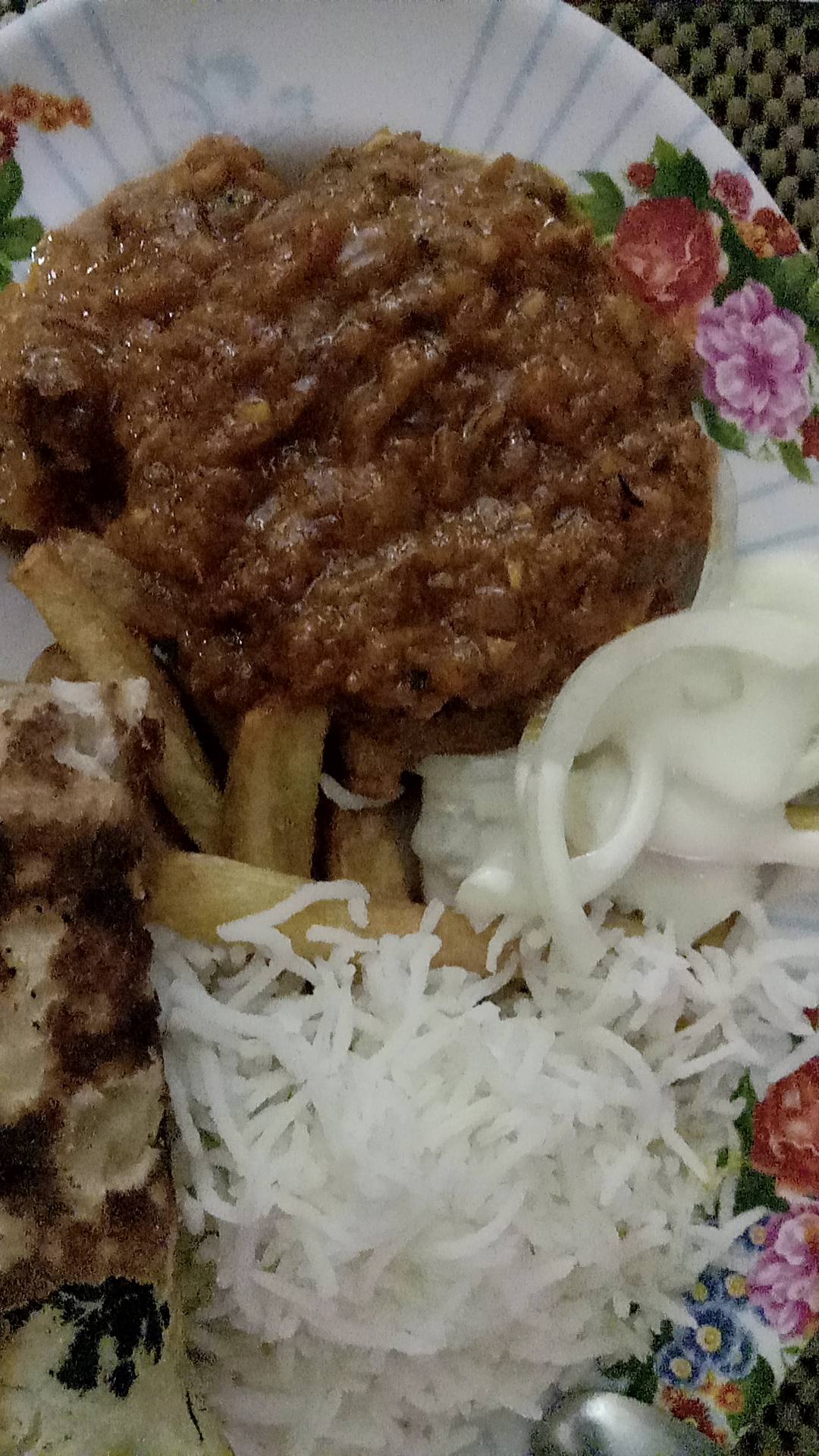 Okay, not too much to say, good meal for the money.
Always "hope" but never "expect".
Top

Okay, not too much to say, good meal for the money.

You mentioned you were a fan of emaan.

Highly recommend the chicken korma and chapatis. (not a creamy korma, a Pakistani style one).