Discussions about restaurants, cafes, coffee shops or bars in Cambodia. Feel free to write any reviews you have, whether its the best burger you've had in Phnom Penh or the worse pizza in sihanoukville, we want to read it! Discussions about Khmer dishes are also in here, or you can leave your own. If you own a restaurant, feel free to let the expat community know about it here so that we can come check it out. Found a favorite cafe or have a place we should avoid? Tell us about it. Asian recipes & questions are always welcome.
Post Reply Previous topicNext topic
315 posts

Autocorrect makes it sound like I got the misses off the menu as part of a 2$ deal. She's much more expensive than that.
Top

The other nights meal 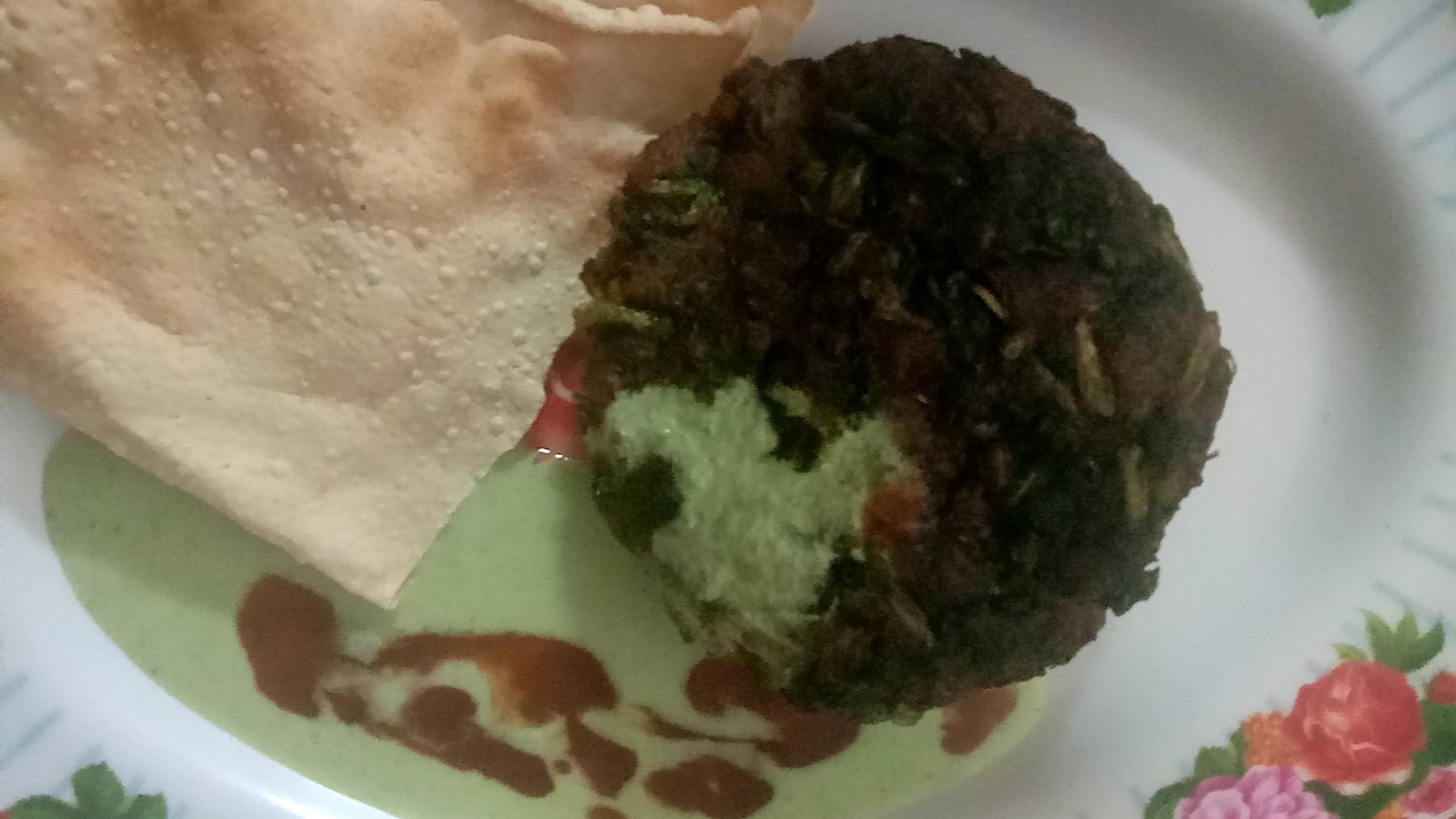 Something I don't normally go for is prawns. 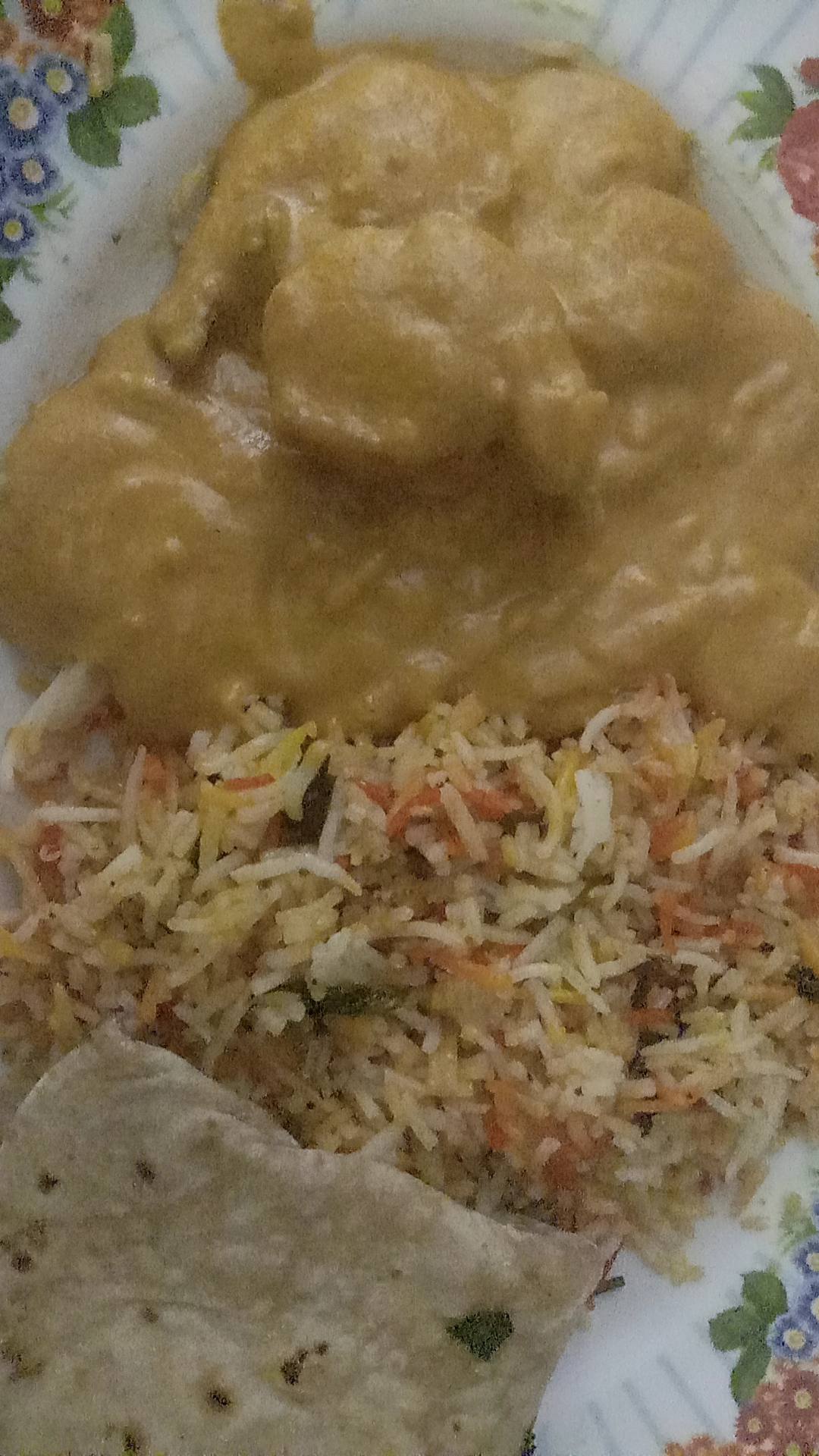 Like I say, nice starter, the main I don't normally do, because it always makes me wonder how many prawns will be in the dish. But it didn't matter because that's what I fancied. There where 8 prawns at a small size. the rice too was wrong, that it was not lemon rice, but the rice that came was very nice with cashew nuts. Overall Coriander is not a bad choice, and they can be consistent with the food.

Tonight, somewhere I have not had food from before is Dhaka Guesthouse & Restaurant. I have seen it in passing you could say.
Anyhow I fancied beef. 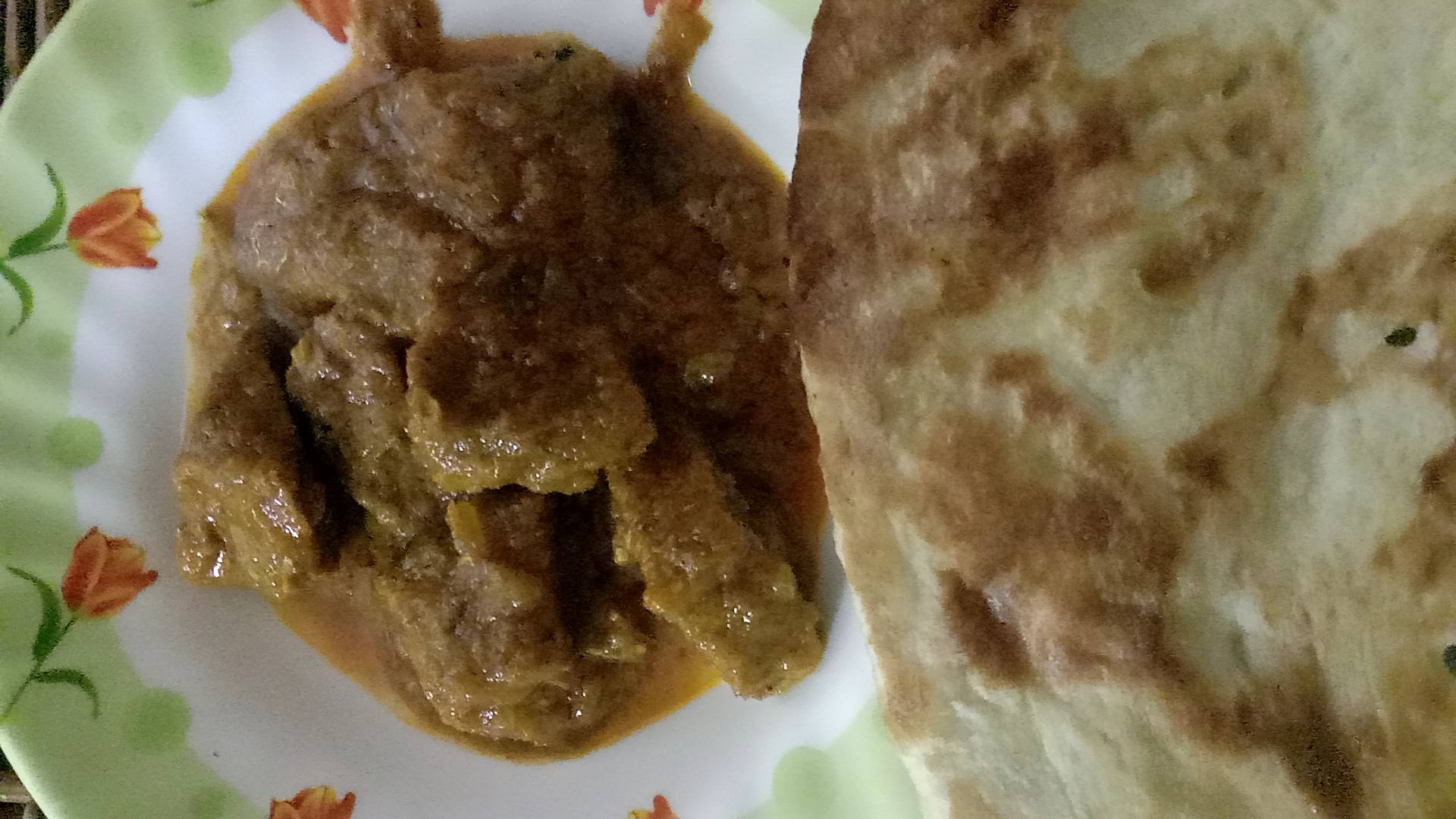 I was very surprised at the quantity of the beef, its not soft like you would expect, such like Emaan's restaurant. But never the less, for a beef curry its good. But there is a But for myself, I could only manage the half, because of its spiciness. Wow I have eaten some hot foods, but this is way too much for my taste, tomorrow I will get some yogert to calm it down.

I have a very interesting book that was given to me with an assortment of other books by an expat who was scaling down his belongings, he had an apartment, but now wanted the freedom of travel. I can relate to this myself nowadays, and with what my expat friend was wanting to do. I have certainly got too many items to allow me easy travel. But then again with the covid looming in every corner, restrictions such has lockdowns and curfews, and travel bans, there is no rush to go anywhere at this moment of time. Would you not agree when rules and laws are imposed it makes you feel trapped and obviously without the freedom and flexibility that we had a few years back. Now we may look to something that may occupy us near to home or actually home its self. Again, I have finished painting my motorbike today, It occupies me, and I have been experimenting with acrylic based spray cans once again, seeing what type of effects I can get out of these inexpensive colours.
Anyway back to the book, and being an hardback it serves its time mostly has my laptops mouse mat. The name of the book and details. "the complete book of curries" by Harvey Day. Basically the books contents are of 5 books of curries.
I thought I would copy the words from the beginning of the book for who may find interest. 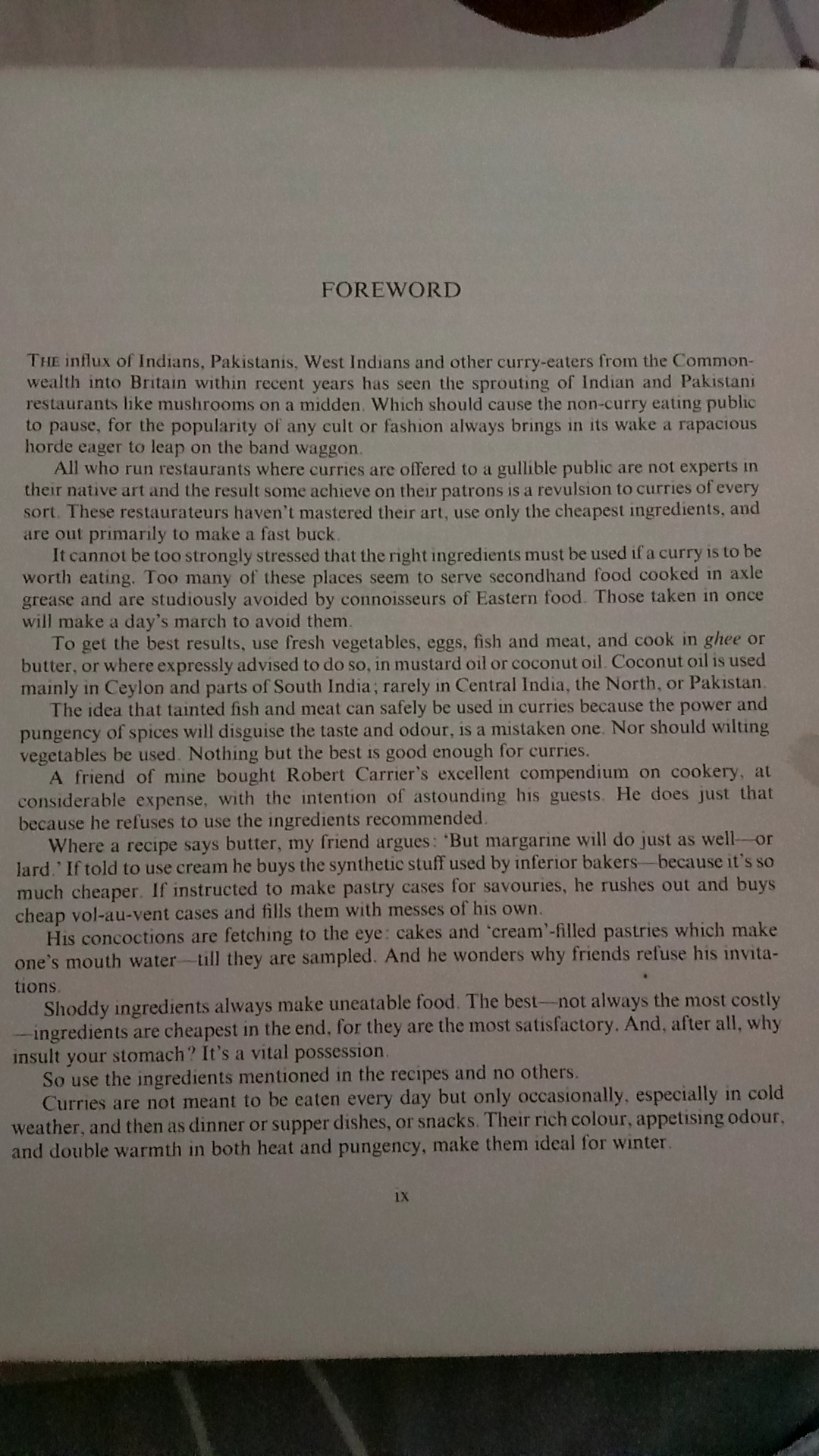 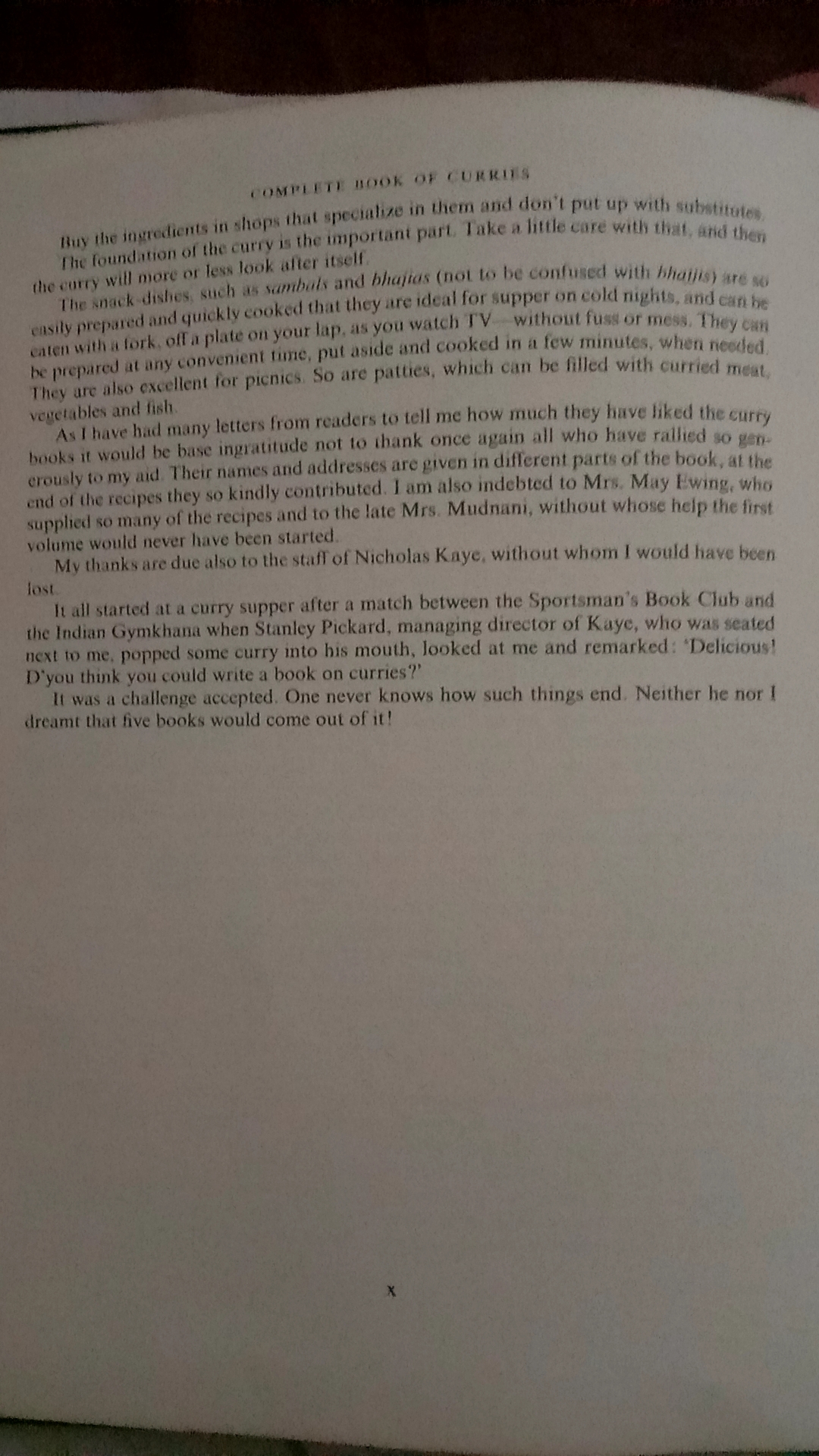 Last night I had some food items to pick up, has it turned out it was mainly essentials, such has rice and bread, a few drink cans, due to the fact of an absence of goodies and nick-nacks in the usual places I would visit.
Earlier in the day I had been scanning a few various menus from some of the mentioned good restaurants above, I was in need of a good curry due to a few disappointments of late, when I say disappointments! I quote too the stage of an inedible meal, actually two curry dishes from separate restaurants following each other with the spice and heat that would dissolves one's tongue. This was after giving the second dish another go with adding one full pot of natural yogurt and a little fruit to the curry dish, now resembling that look of a mild korma, but alas it still had the bite of a tindaloo.

Inedible meal has no benefit of its intended purpose and also means a waste of money in my book too, unfortunately they were of meals from known establishments where I have enjoyed that of their foods in the past. I have always said if I try a new meal from any place and it didn't meet my expectations, I would not be that discouraged too soon because they may have another dish that is exceptional, so yes giving the place the benefit of doubt or second chance if you wish.
I would say I am not a person to judge, never quoting or remarking on the foods in a bad way from a restaurant. Again, I am not of a food critic in that sense, being, "your and my" tastes may be not the same, that also goes on what we may both expect and except.

It was a toss up between Tastebudz due to not having a meal from there. But because my partner had before had eaten at Idli dosa and enjoyed their food that was the obvious choice. 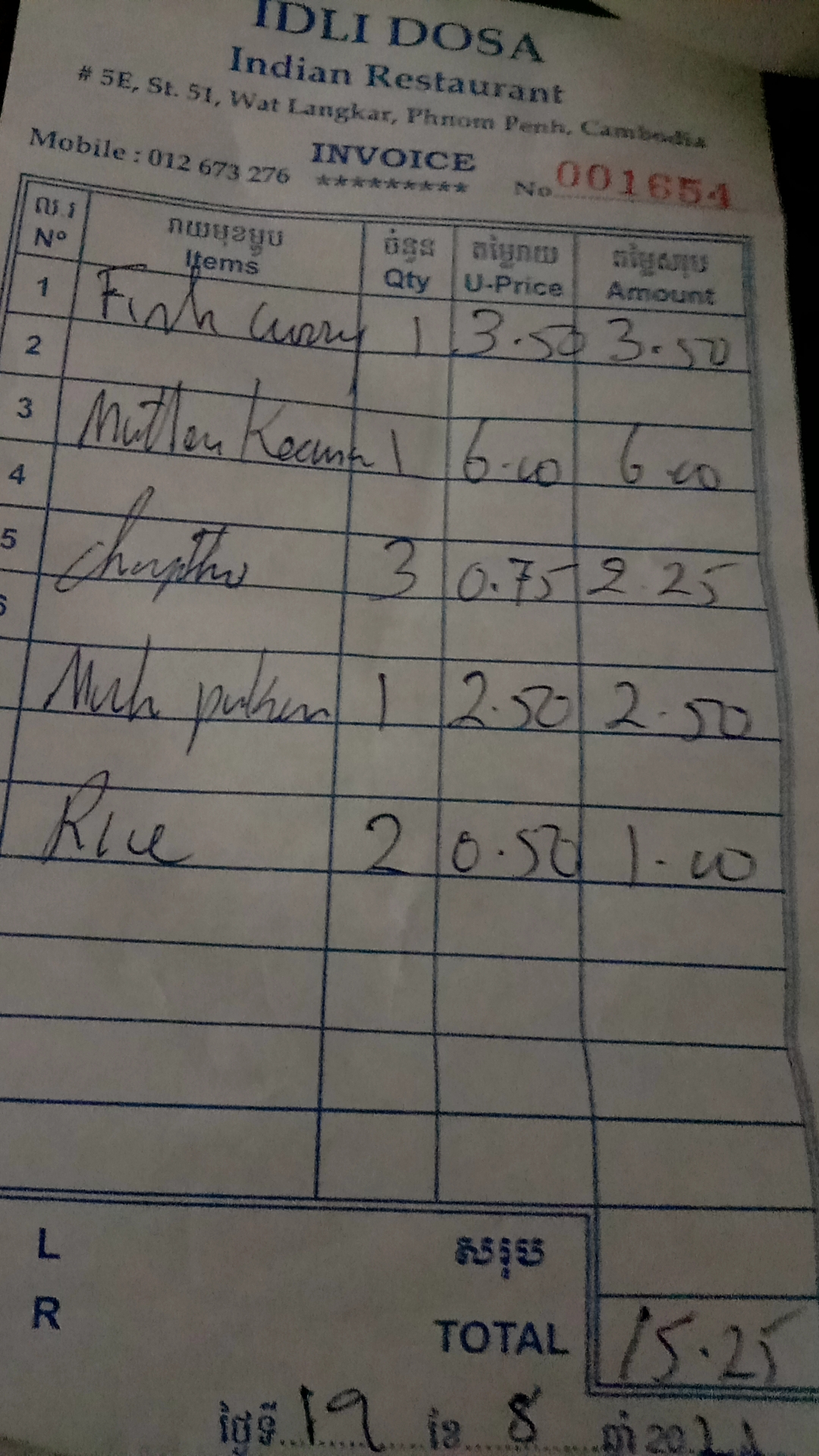 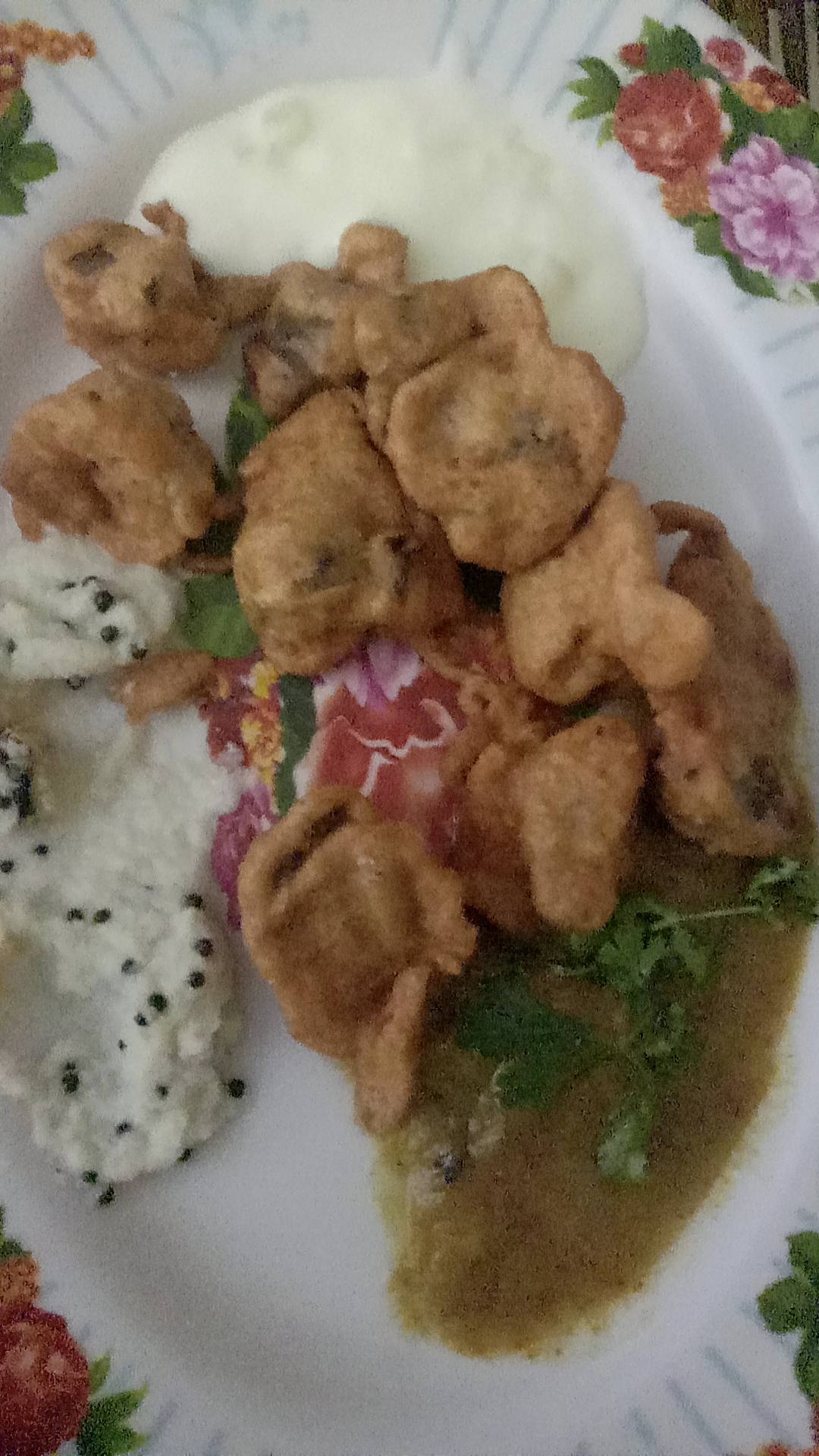 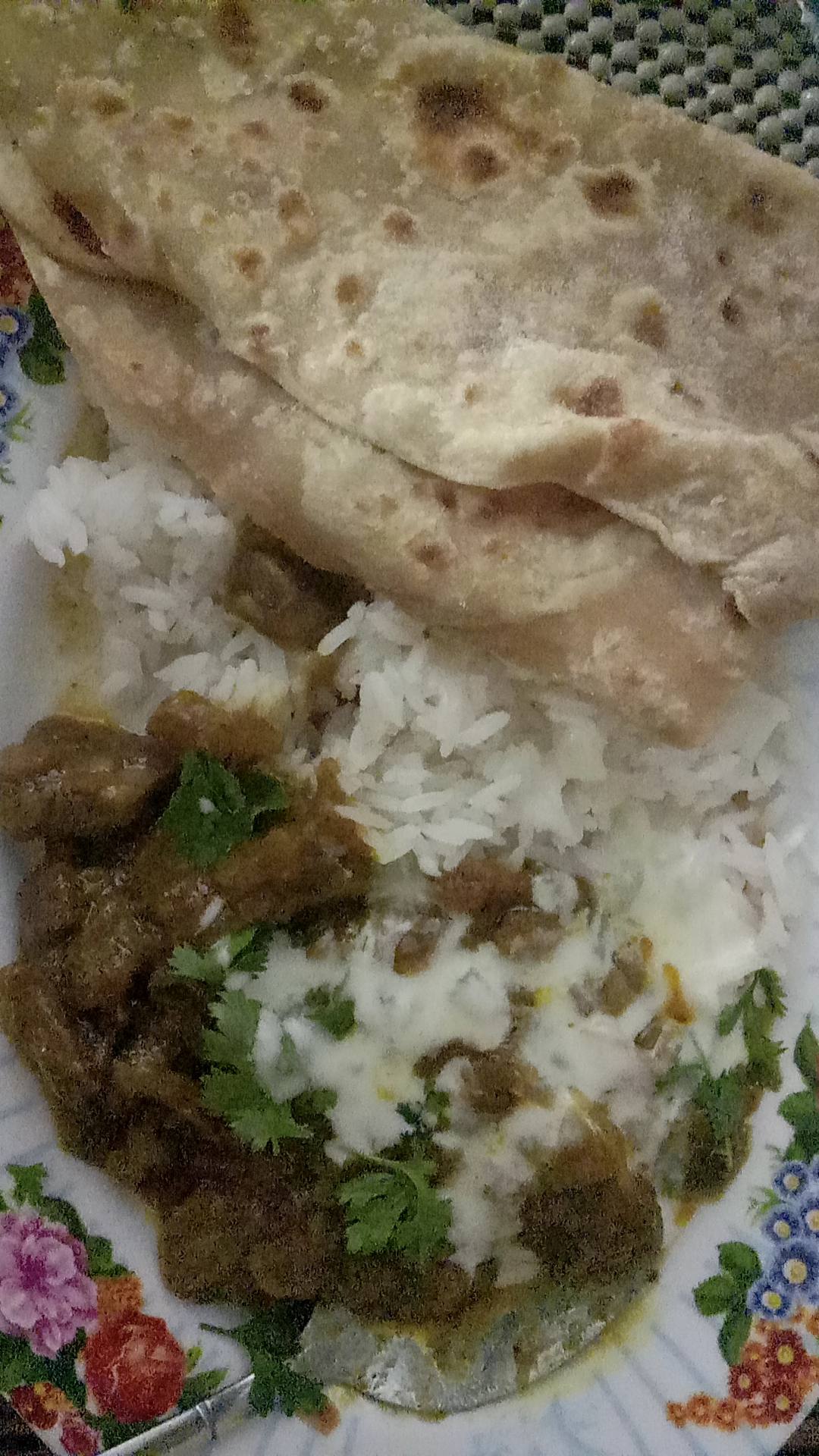 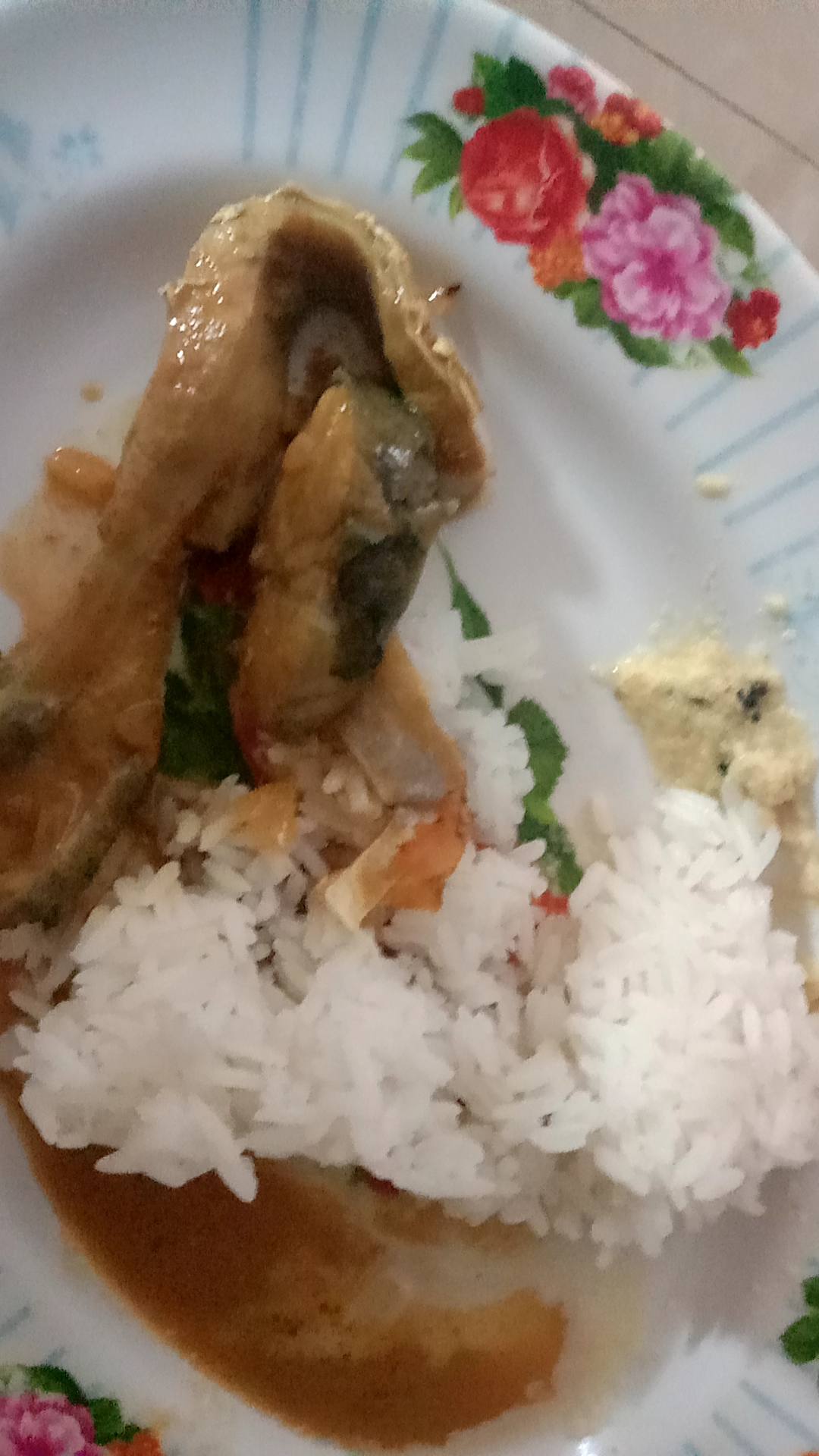 So, we were to order the meal to take away still because that is what I prefer with the covid situation and that of curfew time approaching. I also asked for their take away menu, they do have one for specifically doing so, but the person of the restaurant gave me the eat in menu saying they are one of the same! But they are clearly not so. I would have saved a small amount paying the price of take away food on my part, but did not want to be in the situation of arguments over rightly of a few dollars. I only wanted a good satisfying meal for the monies paid. 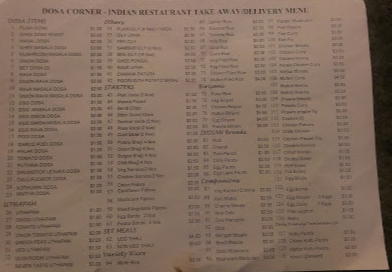 Another page from "the complete book of curries" by Harvey Day. 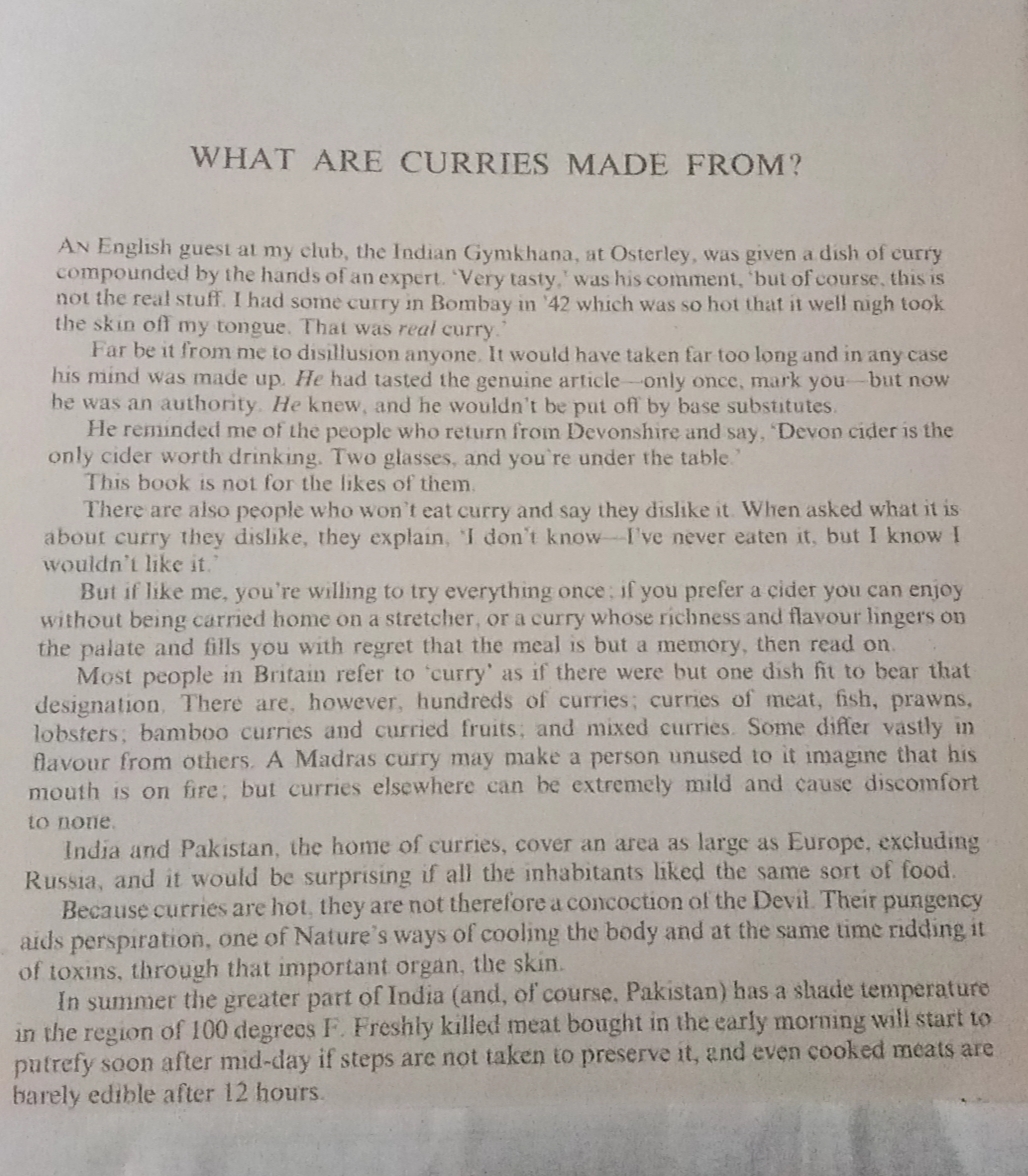 All seemed good again last night, that was after my visit to Emaan's in the poring rain, not much fun on the motorbike, but at least the streets were mainly empty, that is apart from the main market area of Chber Ampov. Here people were too, busy buying their evening meals, better for the shoppers and traders with the curfew lifted.

Beef Shami (with home made chips) I happened to fall on the best potatoes so far that I have had here, no stringiness to there texture. Bought from the Muslim market along the riverside at 5000reil for 1.5 kilo. 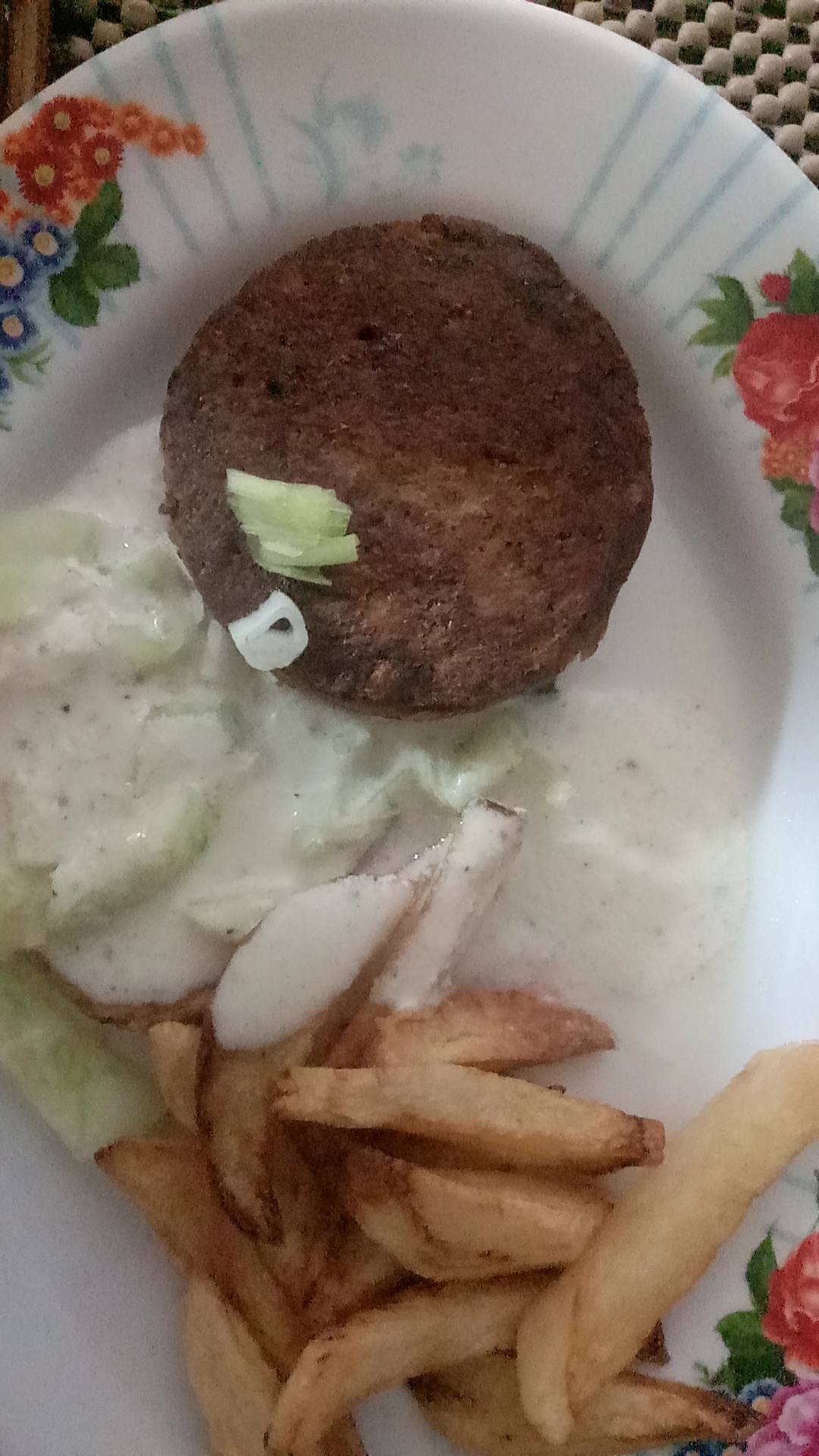 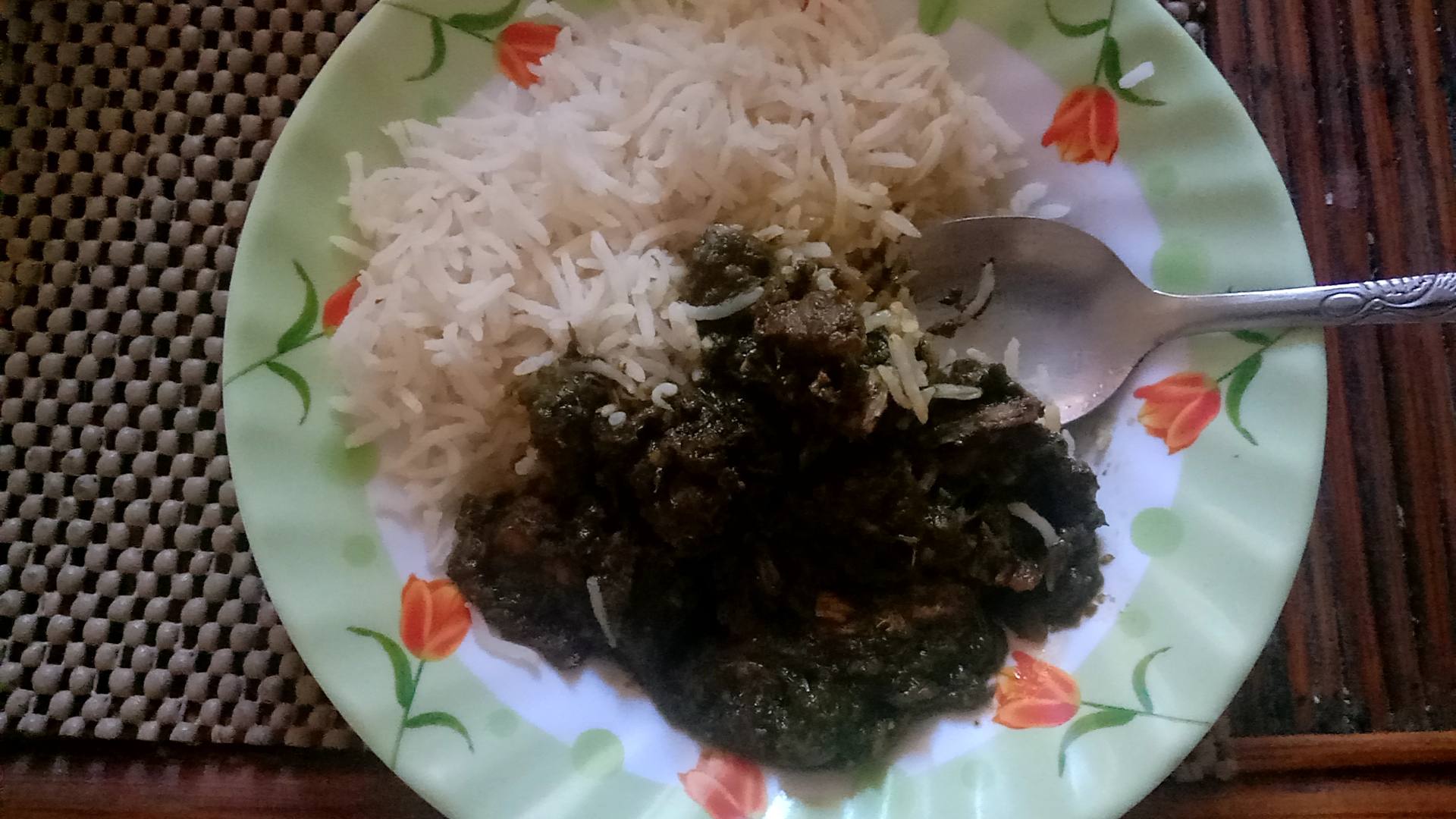 Yet, another page from "the complete book of curries" by Harvey Day. 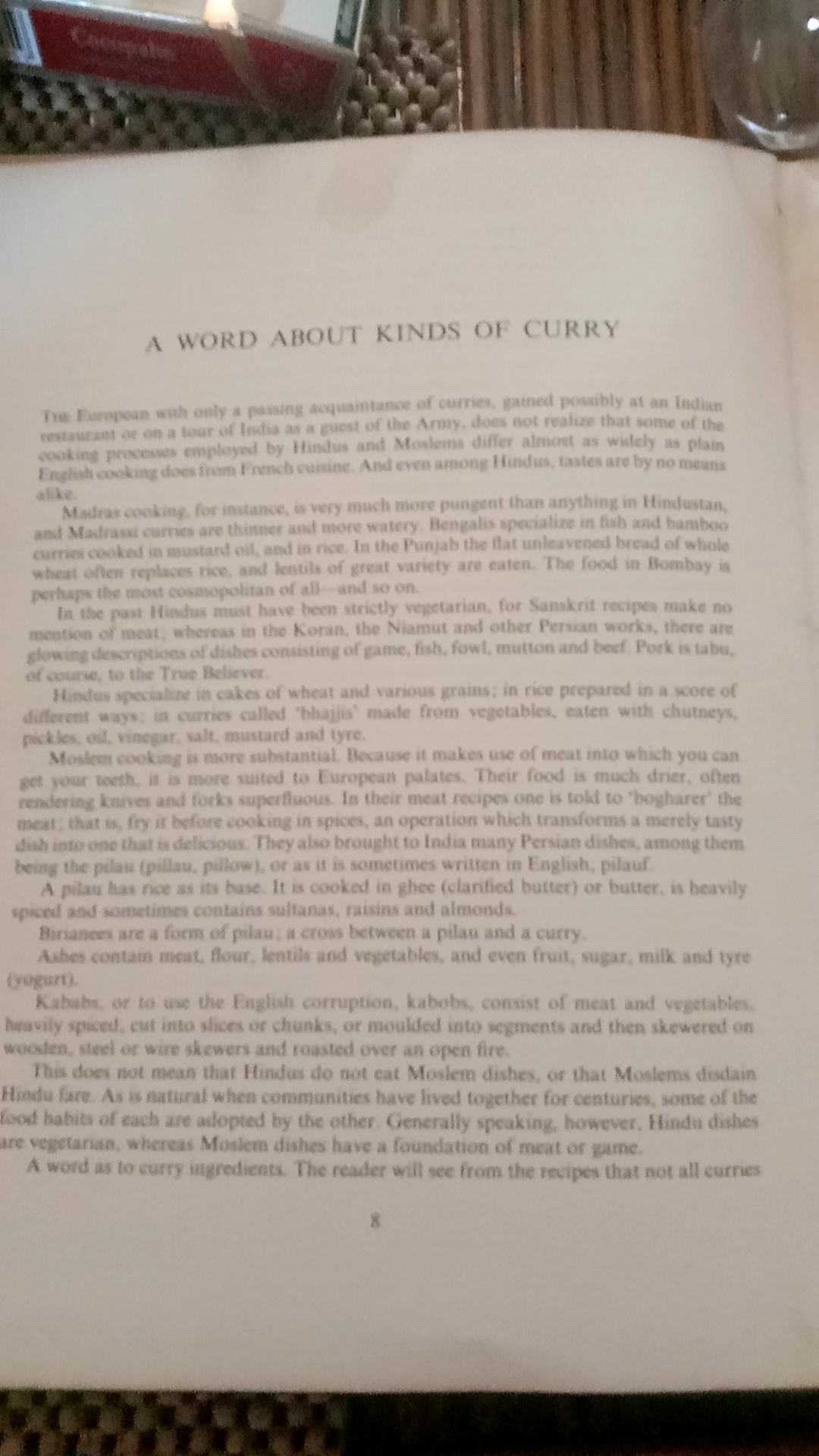 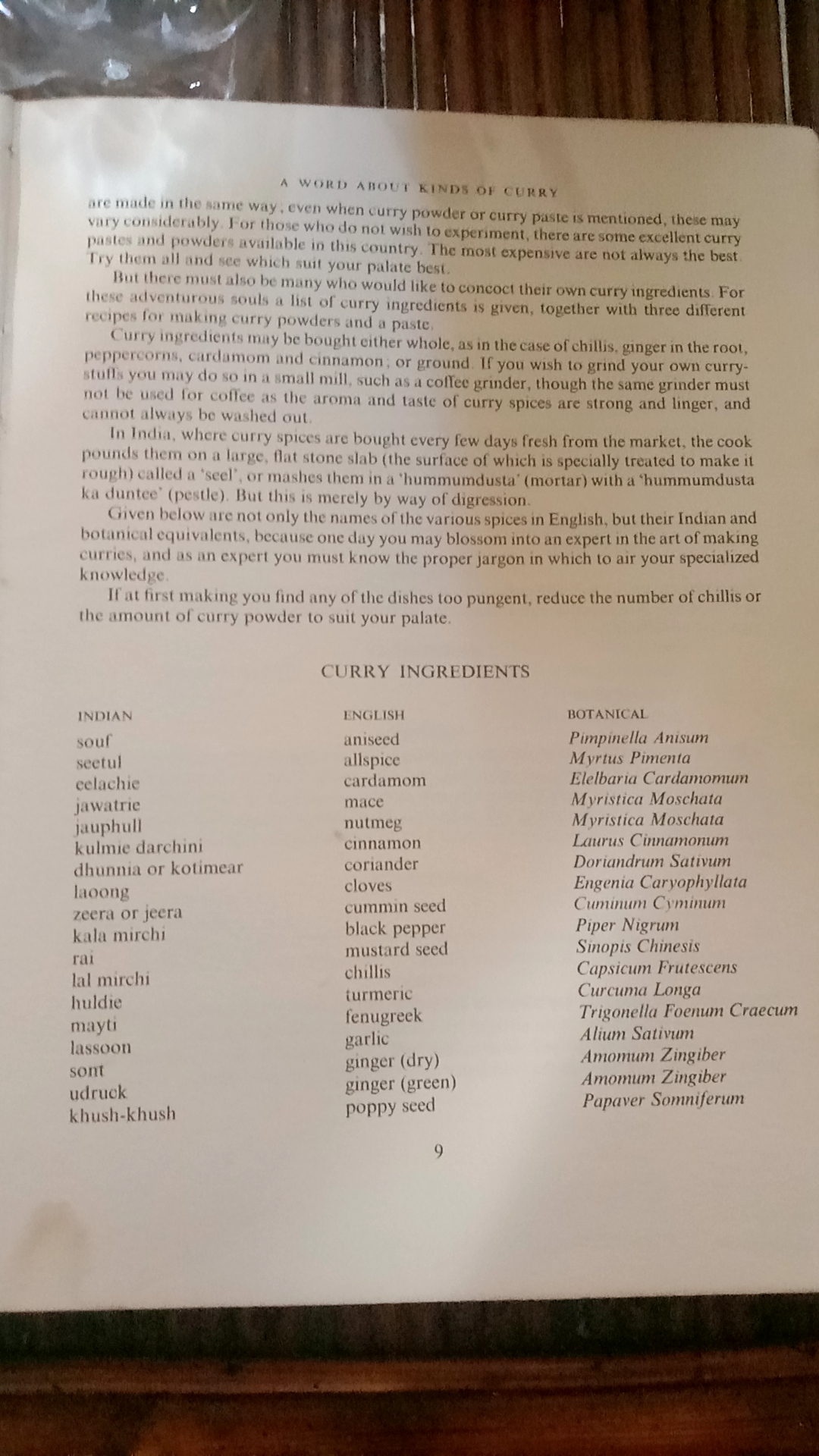 Today I thought I would order early because it looked like rain, and if so a few things tend to happen, the first is that I would only get an order around my own area, there are no curries to be found in my area, also it depends if you would get a delivery by food panda if it did happen to rain. If anything that being the rainfall for half of the year would disrupt the delivery service.
I decided to order from Rajbhog, being usually consistent and reliable.

They proved me wrong this time with delayed order times, and no sauces to accompany the Seekh's.
My partner had bought some coriander and pineapple, also some coconut cream I would add to the dish. 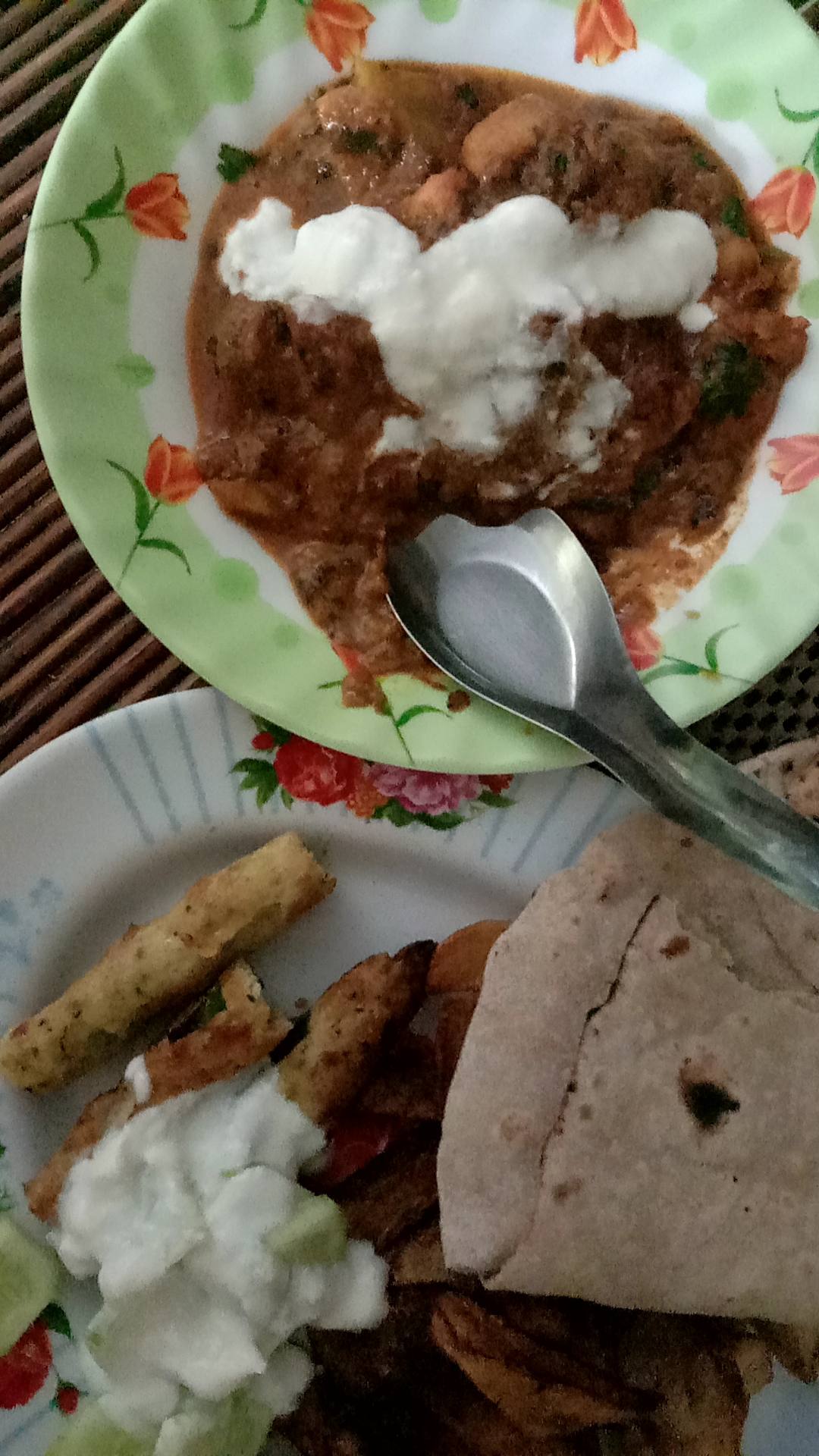 A simple dish from "the complete book of curries" by Harvey Day. 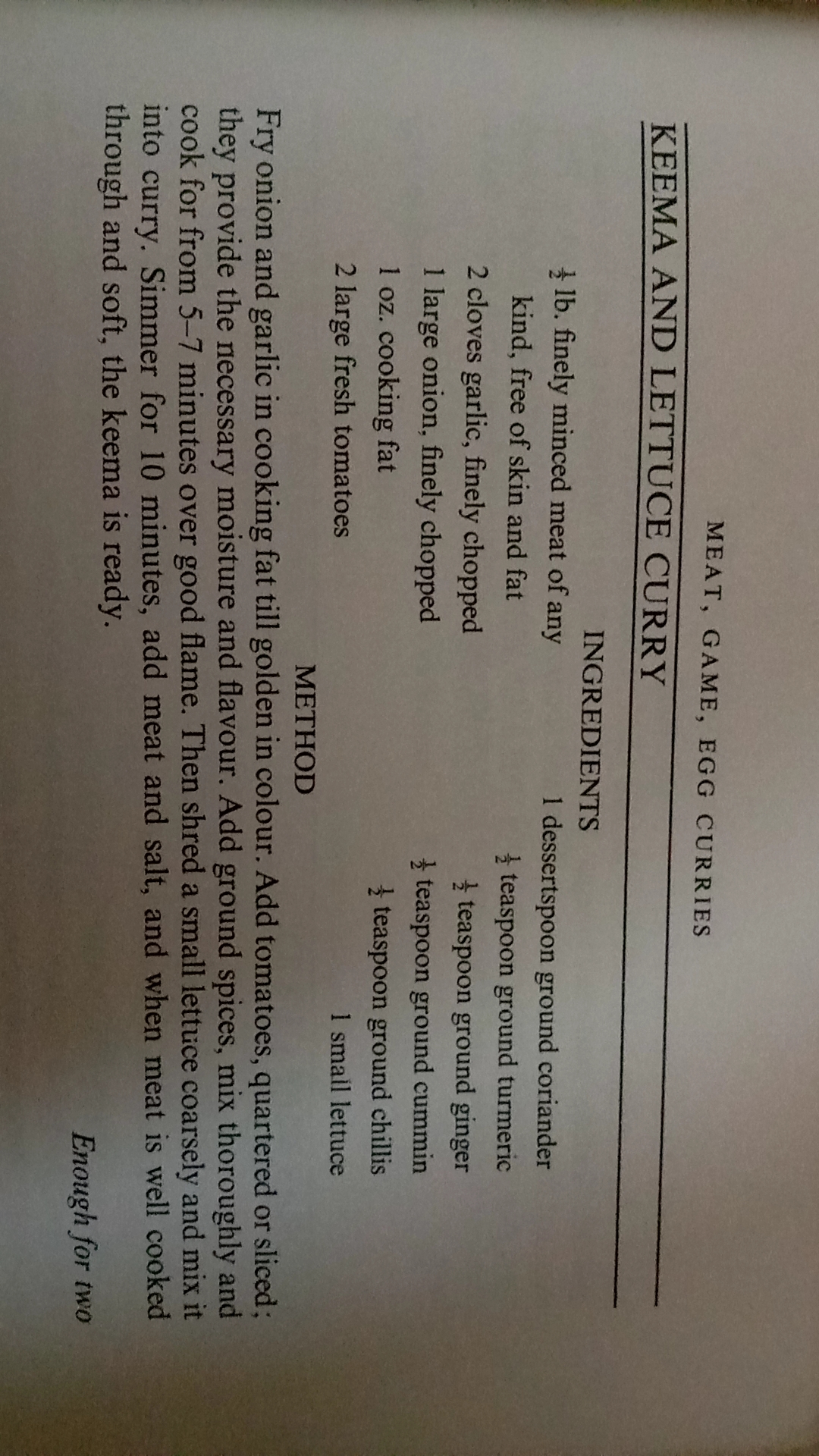 I was feeling a little peckish, and for the cities curry houses this is a inexpensive, but plain dish. 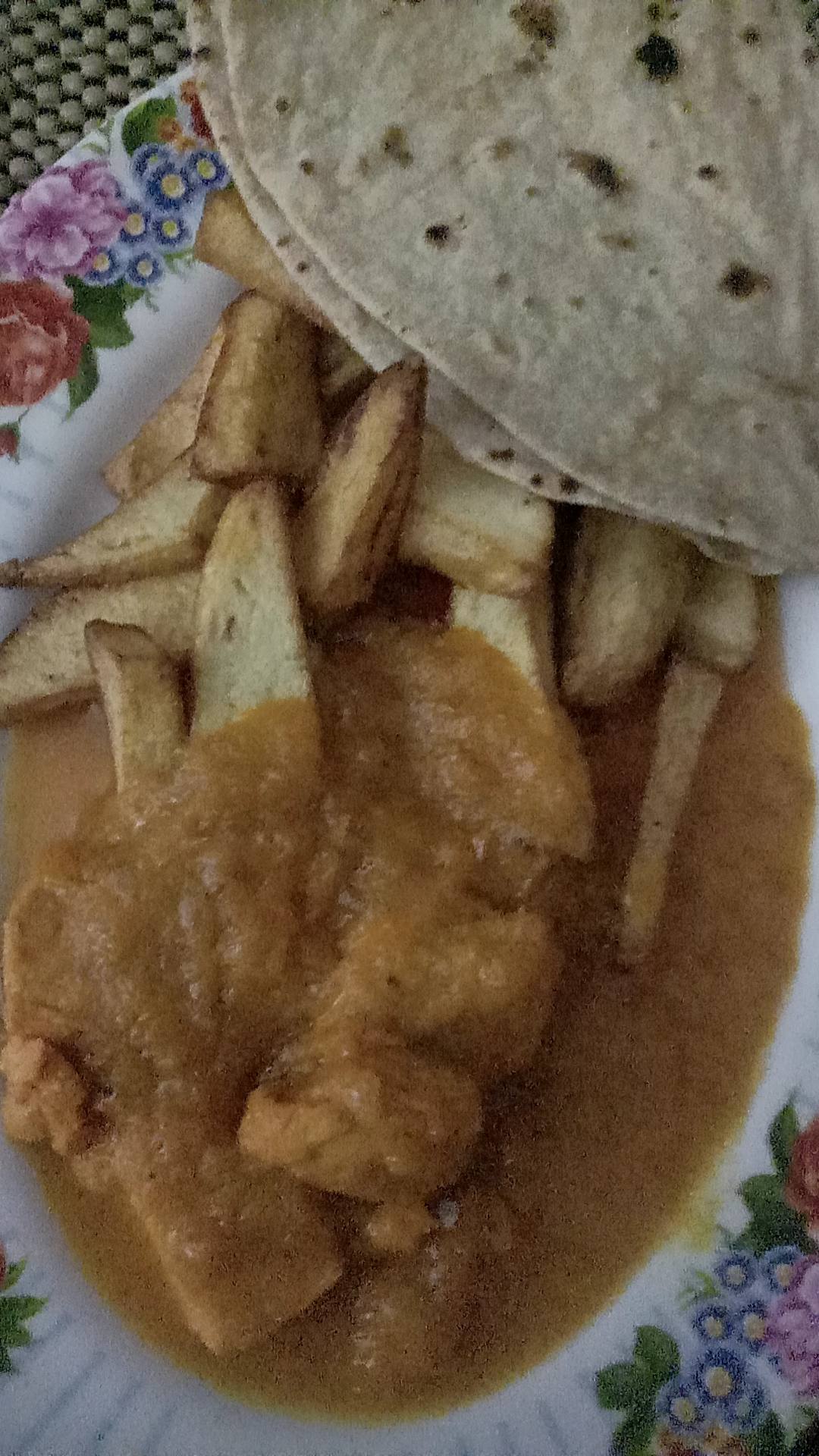 Yes, again I added chips, like some have mentioned it is something of a personal choice, if not to accompany the dish like so, I would use potatoes has in a Vindaloo. But don't get me wrong I do enjoy rice.
So adding a few little bits makes the simple Masala dish a little more interesting. 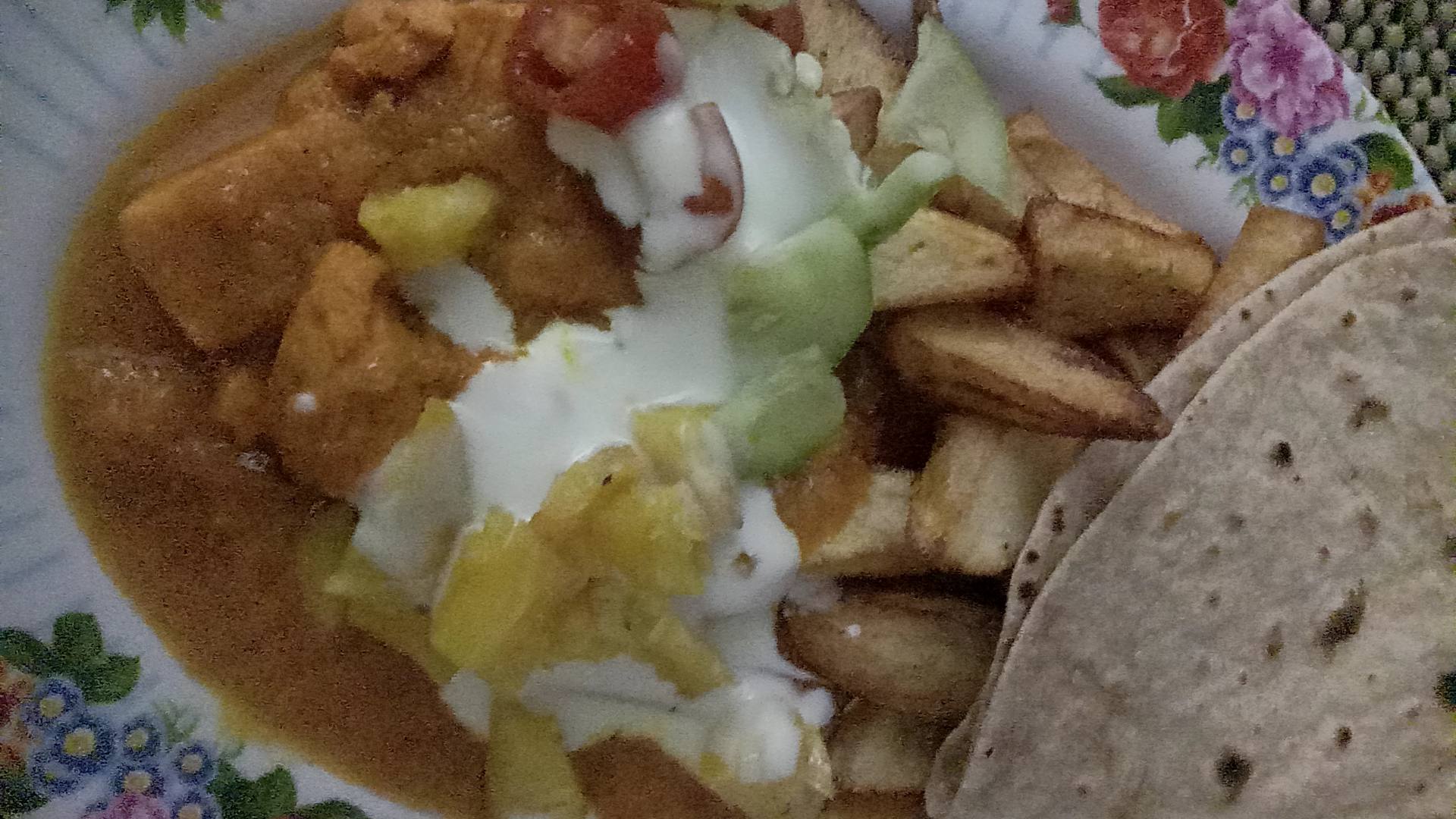 Most rice is wasted on me, although I prefer the long grain Indian basmati style I won't eat more than a cupful at a time
Top
Post Reply Previous topicNext topic
315 posts