In 1966, Admiral Jeremiah Denton went on camera to describe conditions for POWs at the Hanoi Hilton. He described the food and clothing as adequate and noted that prisoners had access to medical care. While he spoke these words, he was blinking a great deal. His blinks conveyed a Morse code message of what was really going on: "T-O-R-T-U-R-E."

The almost ubiquitous isolation experienced by many POWs at the prison was so thorough they often went months without seeing a fellow inmate. Some were in solitary for years. During Lt. Cmdr. Bob Shumaker's first four months in solitary, he noticed another American dumping his slop bucket outside and managed to jot down a message on a scrap of toilet paper: "Welcome to the Hanoi Hilton. If you get note, scratch balls as you are coming back."

The Vietnamese rope trick was one of the most brutal methods of torture endured by American POWs at the Hanoi Hilton. The method involved binding the arms behind the back with rope then rotating them upward until the shoulders popped out of their sockets. Victims were sometimes strung from the ceiling like this and beaten as they hung.

Some POWs never made it out of the Hanoi Hilton. During the Vietnam War, 766 Americans were taken confirmed prisoners of war. Of them, 114 died in captivity. The actual number is most likely higher, because many of the denizens of the Hanoi Hilton and other North Vietnamese prisons died while considered missing in action.

Full https://www.ranker.com/list/hanoi-hilto ... pher-myers
The idea that seeing the world is going from place to place to look at obvious things is an illusion natural to dull minds.
Top 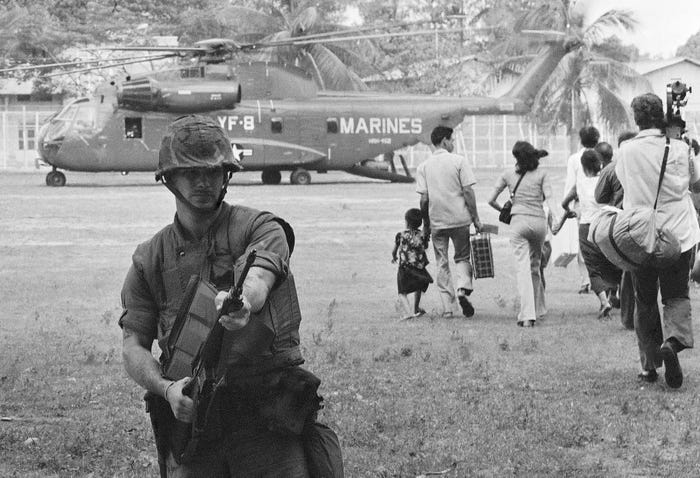 "I tried so hard," he adds. "I took as many people as I could, hundreds of them, I took them out, but I couldn't take the whole nation out."

Twelve helicopters, bristling with guns and U.S. Marines, breached the morning horizon and began a daring descent toward Cambodia's besieged capital. The Americans were rushing in to save them, residents watching the aerial armada believed. But at the U.S. Embassy, in a bleeding city about to die, the ambassador wept.

"We'd accepted responsibility for Cambodia and then walked out without fulfilling our promise. That's the worst thing a country can do," he says in an interview in Paris. "And I cried because I knew what was going to happen."

Many foreigners present during the final months — diplomats, aid workers, journalists — remain haunted to this day by Phnom Penh's death throes, by the heartbreaking loyalty of Cambodians who refused evacuation and by what Dean calls Washington's "indecent act."

"Phnom Penh was surrounded by explosions and a night sky of blossoming flares and streaks of tracer bullets," I wrote in one of my stories at that time. "Children were dying of hunger, the hospitals looked more like abattoirs and the Cambodian army lost as many men in three months as the U.S. did in a decade of war in South Vietnam."

full.https://www.businessinsider.com/former- ... 015-4?IR=T
The idea that seeing the world is going from place to place to look at obvious things is an illusion natural to dull minds.
Top 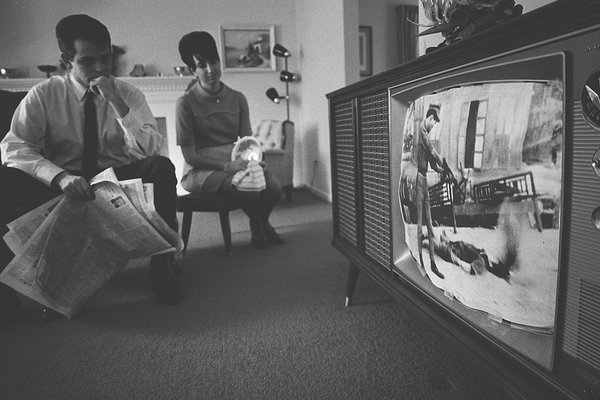 Barry Zorthian's War: The Pentagon and the Press in Vietnam

In Vietnam in the 1960s most officials were unhappy with what we presented in our reporting. Though we were free to roam wherever we wanted and we were free to photograph and interview anyone we wanted, including those in uniform on the battlefield, we did not always have the trust of the men in command. In time things only went downhill.

We knew there was a man behind the curtain orchestrating the dissemination and flow of information. He was Barry Zorthian, who headed JUSPAO (Joint United States Public Affairs Office.) Zorthian's role as chief of information from 1966 through 1970 was basically to advise the ambassador on how information from both the civilian side and the military got to the press, but his main role was to control the flow of information to the press. During my coverage of the war for more than 6 years, I had no idea what motivated Zorthian or what rules he lived by.

His biggest problem was controlling military public affairs officers who doted heavily on security and wanted every action they described to stay in the shadows, impossible because of the freedom of movement we had. He thought that too often the military did not understand the distinction between information and publicity. Military briefers lacked training. From my dealings with the military, I knew they resented being told what to do even by their bosses. They were not bothered by their need to protect their own and to do so would err on the side of divulging almost no information.

When Pentagon or State was unhappy with what we did, which was often, there were complaints to our home offices. There were occasional investigations. Nothing went anywhere because those complaints were mostly ignored and rightly so.

full.https://historynewsnetwork.org/article/176408
The idea that seeing the world is going from place to place to look at obvious things is an illusion natural to dull minds.
Top
Post Reply Previous topicNext topic
13 posts